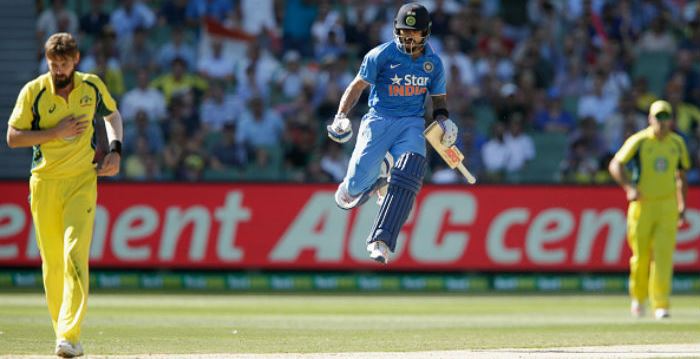 With India wrapping up their history breaking first ever Test series win in Australia, attention now turns to the One Day Internationals, with the first game getting underway on Saturday January 12 at the SCG.

India are ranked second in the world in the ODI format, while Australia is well down in sixth place. Given India comes into the One Dayers brimming with confidence and having proven they can handle the varying conditions in Australia, they will be very tough to beat here.

The major DFS sites in Australia will be running contests on this one-dayer, with the most notable being the $2,000 up for grabs at MoneyBall and the $7,000 at DraftStars, which we will be focussing on here in our tips guide. Both these contests have a $15 buy-in.

DraftStars will also be offering a ticket into their $150K Biggest Bash Live Final. It costs just $2 to enter this qualifier which is offering a magnificent major prize, so be sure to get your entries in quick so that you don't miss this great opportunity!

In fantasy contests, one strategy is to look for all-rounders who will be regularly involved in the game. If they can make a few runs with the bat and then bowl a few overs, they'll produce a good fantasy score to help lift your team up the leaderboard.

Marcus Stoinis is a genuine batting all-rounder for Australia who has been in good form in limited overs games for Australia of late. He comes with a hefty price tag of $18,300 but given he’s a good chance of bowling a few overs, it’s money worth considering to spend.

Ravindra Jadeja bagged a solid 81 runs in the first innings of the last Test on this ground against Australia while he also took 4 wickets in his last ODI, which was against the West Indies prior to the Indians arriving in Australia this summer. Priced at $13,200, he’s good value and could score well.

Glenn Maxwell is a useful slow bowling option and a very aggressive batsman, capable of hitting plenty of boundaries. He costs a very reasonable $12,500 and is likely to be in many DFS teams.

Alex Carey is Australia’s top order batsman and wicket keeper who costs just $11,500. He’s been in strong form in all forms of cricket this summer, making him a strong chance to score well here.

Kuldeep Yadav played in the fourth Test on this ground and took 5 wickets in the Australian first innings. He’s also taken wickets in all of his last 7 ODI’s and in 17 of his 19 ODI’s in 2018. He’s just a touch high on price at $15,800 but is certainly affordable.

Bhuvneshwar Kumar isn’t known for being a big wicket taker, however he is generally good for at least a wicket per game and is capable of knocking out a solid score with the bat. He appears a  bit over priced at $14,300, however against a weaker opponent than he’s played recently, and knowing he’ll get more opportunities with Bumrah being rested, he could be a very smart pick up, if somewhat a bit risky.

Mohammed Shami took 16 wickets in the recent Test series against Australia, meaning he comes into the ODI’s in top form. His price tag of $12,200 makes him a very appealing buy too.