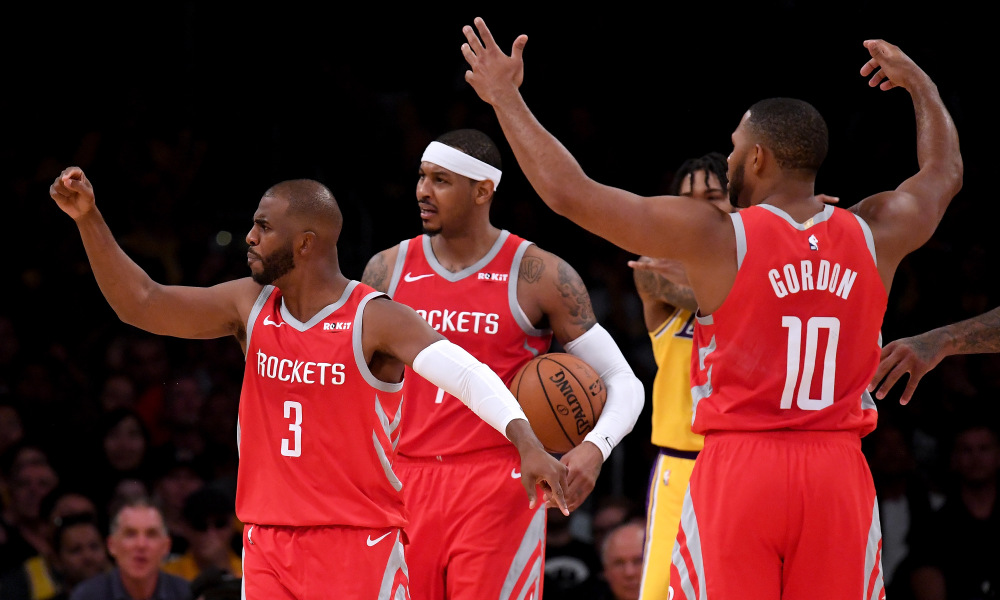 Almost the perfect sized slate this Saturday for NBA DFS with 7 games on the card. A typical array of tournaments are available across the platforms, headlined by:

As per usual we have broken down the matchups and highlighted the key plays to help you build winning line-ups.

Three out of the seven games on the slate are sporting a 230+ point game total opening up a number of targets for DFS. There is no surprise to see the New Orleans Pelicans with the top total on the board as they continue to play up-tempo (third fastest pace in the league this season). What does stand out however is the Washington Wizards vs Sacramento Kings game total. Last year the Kings played the slowest pace in the league while Washington were around the middle of the pack. This year they are currently ranked 4th and 5th, with both teams also being in the bottom ten in defensive efficiency.

Sacramento are in the biggest pace up matchup of the slate with no surprise seeing Brooklyn right behind them. Any of the Kings, Nets, Timberwolves and Wizards make for nice targets on this slate.

Keep an eye on the injury news closer to line-up lock as there will likely be more value open up. These players identified should represent value regardless of future injury news:

Buddy Hield's (DraftStars salary $8,120, DratKings salary $5,500) salary refuses to budge on DraftStars making him great value on that platform. He flashed his 35 point upside last game in a pace down matchup vs the Memphis Grizzlies so he should be able to go even bigger against the faster paced Washington Wizards.

Damyean Dotson (DS $7,890, DK $4,200) was the play of the day on Thursday and quite often chasing those points isn’t the best idea. But with Kevin Knox still out and a matchup against the fast paced Golden State Warriors Dotson may be able to replicate his 40 fantasy point performance, especially if the game blows out as expected and he picks up junk time minutes again.

E’Twaun Moore (DS $7,770, DK $4,300) is always a great low priced GPP option playing in the New Orleans Pelicans up tempo system. He has the capability to catch fire from deep and this is one of the highest totals on the board for Saturday.

Wesley Matthews (DS $7,680, DK $5,500) doesn’t have the best matchup vs the Toronto Raptors but he is still ridiculously under-priced on DraftStars. Averaging 30 fantasy points per game he has been consistent as they come through four games with a season low score of 27.

Zach Lavine (DS $13,900, DK $7,900) has a rematch of Thursday’s game where he posted a tick over 40 fantasy points against the Charlotte Hornets. With Dunn and Portis both out injured Lavine will have all the usage he can handle and is still under-priced on DraftStars with an incredibly safe floor (season low of 39 fantasy points through four games).

Kris Middleton (DS $12,590, DK $7,000) remains under-priced on both platforms. As we mentioned on Thursday Middleton’s price is yet to catch up to the opportunity the Bucks new up-tempo game style is granting him. He attempted another 8 three points on Tuesday en route to 38.5 fantasy points and he should have a friendly matchup vs the Timberwolves as you can expect Jimmy Butler to be guarding Giannis.

Caris LeVert (DS $11,690, DK $6,300) has started getting recognition around the league for his play to start the season. Any time the New Orleans Pelicans are on the slate you want to get exposure to the game but Brooklyn are generally a hard team to peg given their rotations, usage and minutes. Caris has emerged as the safest bet consistently getting over 30 minutes a game and clearly standing out as their best player.

Chris Paul (DS $19,480, DK $9,200) will return from his suspension just as James Harden goes out with an injury. This price tag is more than I would generally want to pay for Paul, however without Harden in the line-up he will have all the usage he wants. In addition it is a narrative game (if you buy into that game strategy) with Paul playing against his former club the Los Angeles Clippers. And, as we all know from the “tunnel” incident last season. there has been no love lost between the two.

Kawhi Leonard (DS $15,700, DK $9,300) is still under-priced on DraftStars and has a slight pace up matchup vs the Dallas Mavericks who have started the season with the 6th worst defensive efficiency rating in the league.