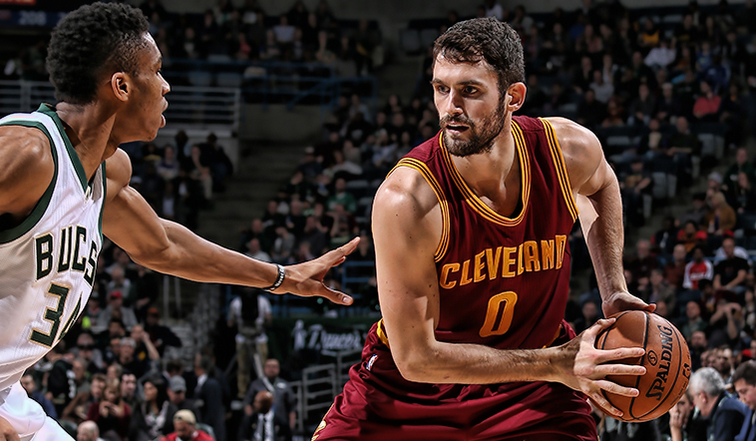 The NBA gets right into the swing of things on the second night of the season with a massive 11 game slate. This means it is time to really tuck in from a DFS perspective after a light opening day of action.

Not all DFS contests have been made available yet, but those up early include:

We have broken down the matchups and highlighted the key plays to help you build winning DFS lineups. 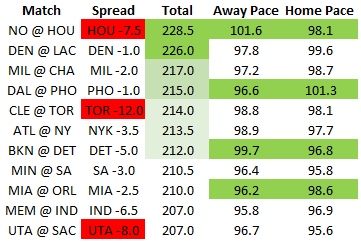 On a monster game slate like this one the research can be a little overwhelming so as a starting point it is always good to identify the teams and games you want to target the most.

There are several high totals on the slate that are worth targeting, particularly New Orleans @ Houston and Denver @ LA Clippers who are set at well over 220 point totals.

It is also great to target teams who are in a pace up matchup as they will typically end up with more possessions than average. On this slate Houston, Dallas, Detroit and Miami are all in pace up positions based on the tempo played last year, so targeting their players is a great starting point as well.

It can be problematic to identify value plays too early on a slate as many opportunities present themselves as tipoff approaches however we can still identify some of the obvious plays to watch out for.

Rodney Hood (DS $6,570) appears to not only be firmly in the post Lebron starting lineup but will likely be the second option on the team behind Kevin Love. Before being traded to Cleveland last season he was averaging just under 17 points in 28 minutes of game time. We can expect both the minutes and opportunity to go up this year meaning his current price tag offers plenty of value.

James Ennis III (DS $5,850) has never been a fantasy point per minute monster but he has inherited the perfect role for his game style in Houston. He should play a significant number of minutes under Mike D’Antoni, taking over from Trevor Ariza in the starting rotation on the wing. He will also be given greater opportunity to fire from distance in the higher paced Houston Rockets line-up. Houston have a pace up match with the highest game total on the board for this slate.

By all reports Isaiah Canaan (DS $5,000) will be the starting point guard for Phoenix to kick off the season. Down the stretch last year he showed the ability to be a fantasy point per minute monster when given the chance averaging 9 points and 4 assists in just 22 minutes off the bench for the Suns. His opportunities may decrease playing with the starting line-up given Devon Booker has been cleared to play but at the minimum price he won’t need to do anything special to return value.

Elfrid Payton (DS $11,130) has finally found himself free from the Orlando Magic and in a starting position that should see him avoid the risk of playing under 30 minutes given the lack of depth New Orleans have in the guard rotation. The Pelicans played at the highest pace in the league last season and Payton will take over from Rondo’s role which has displayed the capability to generate significant fantasy points on any given night. His matchup vs Houston has the highest game total of the night.

Enes Kanter (DS $13,350) has an ideal matchup to start the season vs Atlanta who were one of the worst defensive units in the league last year, particularly against big men. Kanter has always poured in fantasy points but has been restricted by minutes. This year the Knicks can be expected to tank and Kanter really only has Mitchell Robinson on the bench behind him.

Kevin Love (DS $16,120), was always a must play for Cleveland when Lebron was out of the line-up so this season should produce great fantasy results. With the offense now running through Kevin and him being able to operate from his favourite spot in the high post at the top of the key (similar to his Minnesota Timberwolves days) I expect that even the solid price tag of $16k will be cheap for him as the year goes on. He should also matchup well vs Jonas Valanciunas who will be unable to stretch out the perimeter.