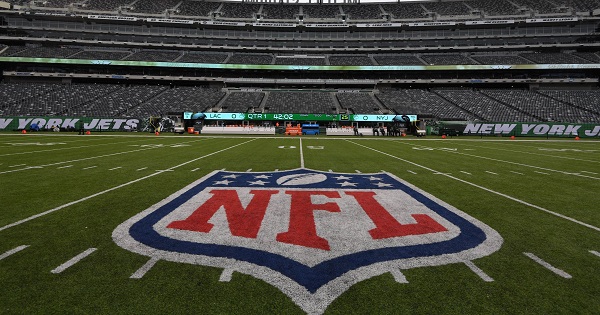 The 2018-19 NFL season has crept up on us and is set to kick off this Friday morning (AEST) with the Falcons taking on the reigning Super Bowl Champion Philadelphia Eagles from 10.20am. NFL is one of if not the biggest sport in the daily fantasy scene and this weekend sees over $10,000,000 up for grabs at DraftKings alone!

For Australian fans who might not be as into the NFL but still want to be a part of the action at DraftKings, we will be bringing you weekly line-up tips that we think will help land you somewhere in the cash! Catch our Week 1 NFL Daily Fantasy line-up of the week below. 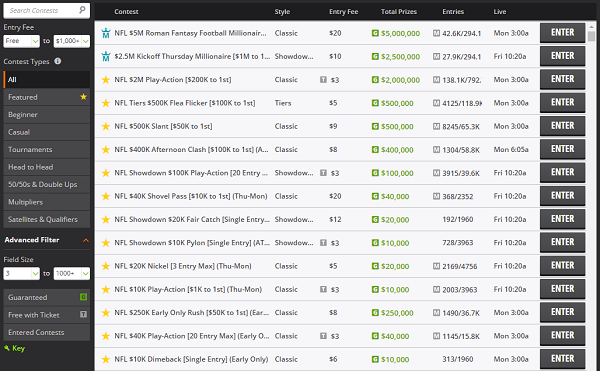 Big Ben will need to do more for the Steelers to be as good as they were in 2017, it’s as simple as that. Sure they still possess one of if not the best running back in the league in Le’Veon Bell, but there’s still doubt on whether or not Bell will actually play in Week 1. Cleveland’s offence will be improved this season and should make a more competitive game of this one, meaning that Big Ben will likely have bunch of throws this weekend.

Tyrod Taylor will make his first start for the Browns this weekend and will be asked to do a heap both through the air and on the ground. He is one of the best rushers at the QB position in the league and  had some big scores last year for the Bills. Is a solid price at just $5,400 on DraftKings. We expect this Steelers vs Browns game to be a bit of a shootout so I’d opt for one of these two guys.

"Everybody's assuming that Le'Veon is coming back week 1. He has a whole mess of money to lose vs what he's going to lose per week."

James Harrison explains why Le'Veon Bell may not return to the Steelers by week 1. @jharrison9292 pic.twitter.com/qKM8EQrPAZ

No Adrian Peterson and no Mark Ingram on the roster to compete with this season means that Alvin Kamara could be one of the most improved week to week scorers at the running back position. Was a bit inconsistent last year with six scores under 15 but went through a purple patch in the middle of the year, racking up five scores in a row above 25 to stake his claim on the starting RB position. Should get all the touches he needs this season and comes up against Tampa Bay in the opening round whom he scored 32.2 and 30.8 fantasy points on last year.

If you’re after a slightly cheaper options, look at Alex Collins, who will be start for the Baltimore Ravens this weekend and shouldn’t have as much competition for touches as he did last year. Has a fantastic matchup against the Bills who allowed the fourth most rushing yards of any team last season. Collins was ranked nine in rushing yards per attempt last year so should thrive with the increased touches.

The New England Patriots offloaded both Brandin Cooks and Danny Amendola this off-season, which should free up a bunch of targets for the next man in line, Chris Hogan. The Pats #1 reciever Julian Edleman will also serve a four-match ban to start the season so we could see Hogan become Tom Brady’s new go to guy here. look for Hogan to see double figure targets regularly throughout the first four weeks especially this weekend against Houston who were top ten in the league in passing yards allowed last season.

Jacksonville Jaguars wide receiver Keelan Cole has gone from a sixth string wide receiver in 2017-18 to arguably the Jags most important receiver with a host of players out with injury or departing in the offseason. Marqise Lee is on the sidelines with injury to start the season and Allen Hurns departed for Dallas in the offseason, freeing up over 150 targets from last season. Cole should see plenty of the ball against the Giants, who are ranked 25th in the league in production allowed to WR’s.

Reed is just $4,000 this weekend and has a good matchup against the Cardinals who rank at the 16th team in DraftKings positional rankings to tight ends. Reed had surgery on his toe in the off-season but is said to be feeling the best he has in a long time and has a new quarterback on in Alex Smith who LOVES to throw to TE’s.

The Titans come up against the Miami Dolphins this weekend who could have joined the conversation for one of the worst teams in the league this season. DraftKings has them ranked as the 26th easiest offence for D/ST to score points against and we can’t see it being any different. You can pick up the Titans defence for just $2,900 this weekend which is great value for any defence playing against a Ryan Tannehill/Brock Osweiler combination at QB.