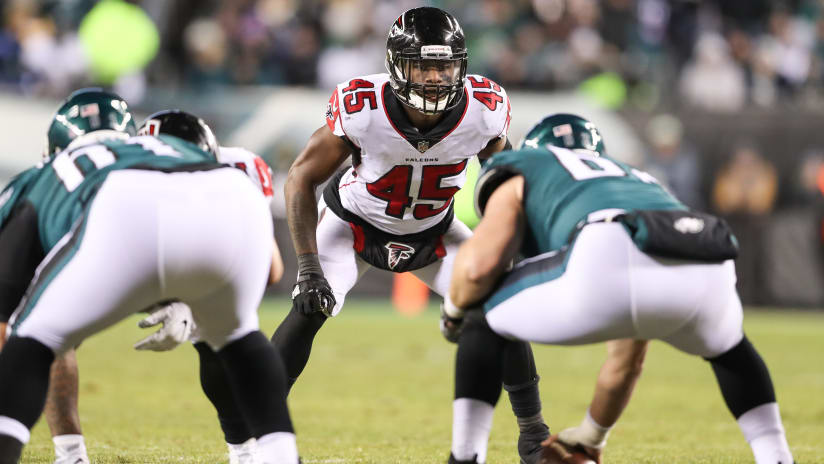 The 2018-19 NFL season gets underway this Friday morning (10am AEST) with a great matchup between the reigning Super Bowl Champions Philadelphia Eagles and the Atlanta Falcons!

DraftKings are the worldwide leader in daily fantasy and the biggest sport on their site is NFL, which will make the upcoming season in American football a massive one for Australian DFS fans who are now able to utilise the international site.

To celebrate the opening of the 2018/19 season, DraftKings are hosting a monster $2,500,000 tournament for the Eagles vs Falcons game and we have you covered for the game with our best fantasy tips for the game below! 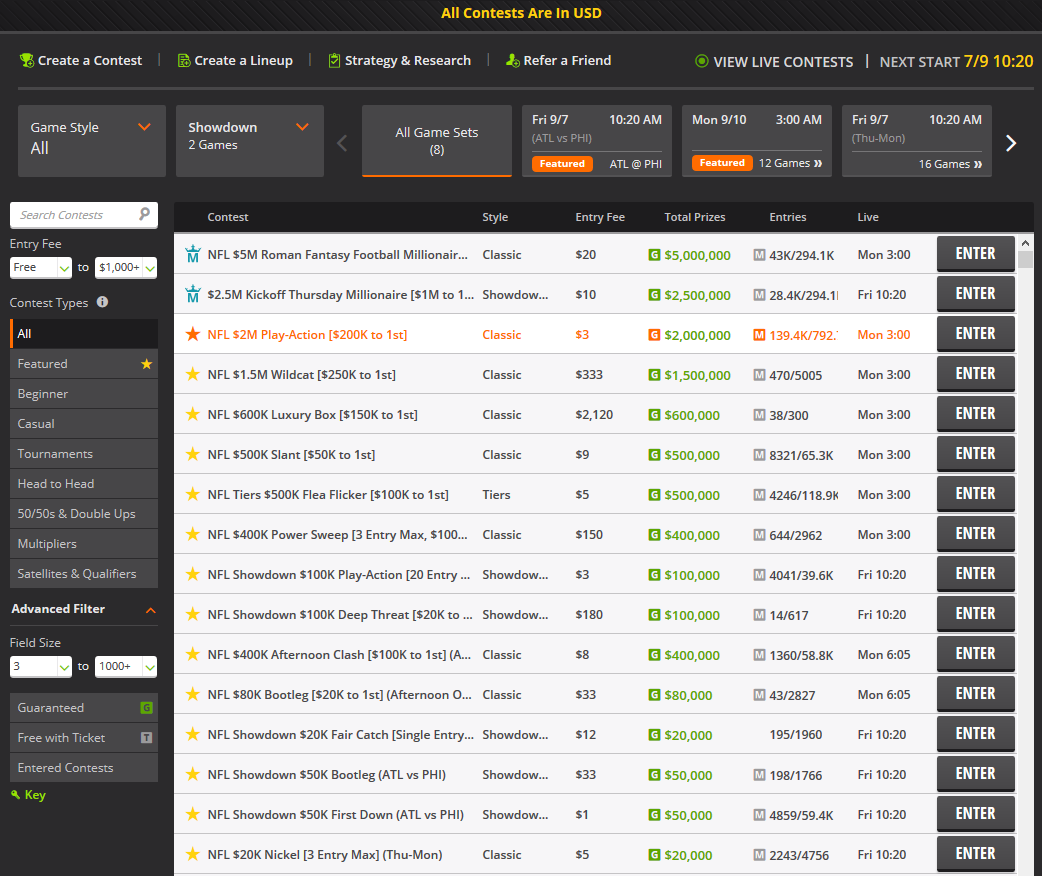 Philadelphia might have had one of the best overall defences in the league last year, but they were pretty susceptible to the passing game. They allowed the 16th most passing yards per game in the 2017 regular season and in the last game they played they allowed Tom Brady and the New England Patriots to run rampant on them for over 500 passing yards.

Matt Ryan and Julio Jones are arguably the best one-two punch in the league in terms of QB and WR duos and combined for over 32 points per game last season. The strong Philly running game rules out Carson Wentz for me this Thursday night so in my opinion, Jones and Matt Ryan are must haves.

Hooper will start at tight end for the Falcons once again this season and after averaging 7.1 fantasy points last season, he could be a sneaky sleeper ahead of the likely more popular Zach Ertz for the Eagles. Ryan hasn’t traditionally thrown a lot to his tight ends over the past few years but should air it out against the Eagles this week. Hooper played a limited role in the preseason but had the third most targets for the Falcons last year with 65 and should see the same if not more in 2018.

The Eagles run game will be largely via committee this year with Jay Ajayi, Darren Sproles and Corey Clement all on the depth chart. However, the departure of LaGarrette Blount will see over 170 carries up for grabs. While Ajayi is certainly the main guy at Philadelphia, Sproles could be the major beneficiary of Blount’s departure. He played just three games due to injury last year but should pick up his spot behind Ajayi in the running back rotation with his return to health. I expect him to pick up a heap of the vacant carries in Blounts departure and at just $5,400 is good value on Friday morning.

Jeffery had just 10.1 points against the Falcons when the two teams met in the divisional round of the playoffs last season. After having 11 and 10 targets in Week 13 and 14 of the regular season last year, Jeffery looked to be a key piece in the receiving game foe the Eagles. In the last five games of the season, however, he went on to have just 22 combined targets, an average of just 4.4, and failed to have over 85 yards in any of those games. He did catch three TD’s but his production dropped severely compared to what he was doing through the middle of the season. He’s also listed as questionable with a shoulder injury so could be carrying something into the game, I’d stay away here.

Wentz, Foles, Wentz, Foles. Not even Philadelphia head coach Doug Pedersen has revealed who he’ll be starting at QB on Friday morning. Many think that the clear choice is Foles, who led the Eagles to the Super Bowl victory last season and with Carson Wentz only recently recovering from his ACL injury, I’d have to agree. However, the sneakiness of Pedersen isn’t promising. I’m steering clear of both of them here.