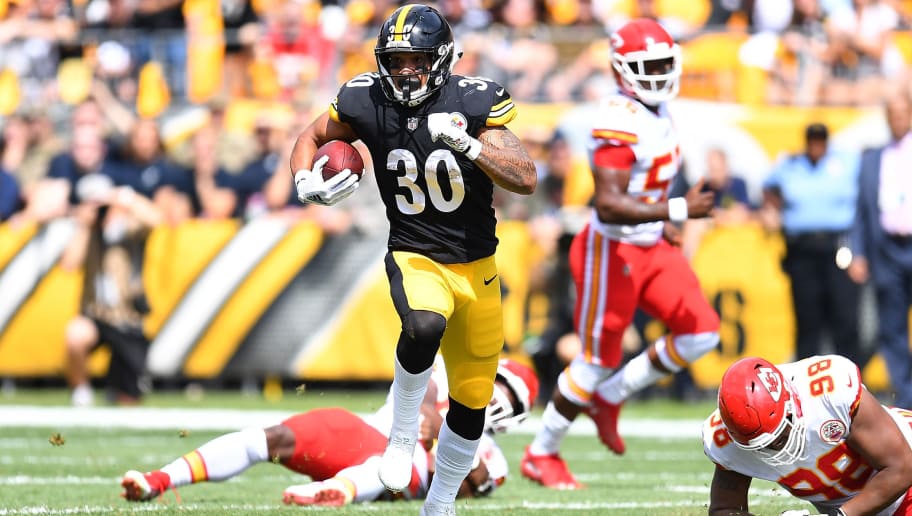 After a few really lacklustre Thursday Night Football games over the past few weeks, we finally get a mouthwatering matchup as the Carolina Panthers travel to Pittsburgh to take on the Steelers in Week 10. There is over $1,000,000 USD up for grabs at DraftKings for the game on Friday morning (AEDT) and we have you covered once again with our daily fantasy tips for the game below!

James Conner has been on an absolute tear of late. Throughout the last four games, he has racked up scores of 37.5, 31.9, 41.2 and 32.3. Against the Ravens last weekend, Conner racked up 107 rushing yards and 56 receiving yards and added two touchdowns for the monster score. Carolina have been good against the run so far this year but we expect this game to be a bit of a shootout and with Pittsburgh having no other quality running backs at the moment, the weight will fall on Conner’s shoulders.

Pittsburgh have two quality tight ends at the moment that have largely shared the responsiblities throughout the season so far. Vance McDonald and Jesse James have nearly identical stats throughout the first nine games of the season while Carolina tight end Greg Olsen has been the sole contributer at his position for the Panthers. Olsen had six catches for 76 yards and a touchdown for 19.6 points on the weekend and should be a major target for Cam Newton again, this Friday.

Curtis Samuel is probably the Panthers third choice at WR currently, although against the Buccaneers in Week 9, the receiver caught for 1 touchdown and added another rushing touchdown for a 19.8 point performance. Is still a little light on targets, only racking up four on the weekend but should factor more after the impressive display on the weekend and comes up against a Pittsburgh defence that is 25th in the league for allowing fantasy production to WR’s.

Our second sleeper of the Friday game is Carolina kicker Graham Gano. Gano is priced $600 cheaper than his counterpart in Chris Boswell this weekend but averages a full 2.5 points more than Boswell on the season. Gano is two weeks removed from a 15-point outing against the Ravens and is yet to miss a single field goal so far this season.

Star Pittsburgh running back Le’Veon Bell has yet to report for duties in 2018. Reports say he has been training hard at his offseason home in Miami and rumours started to swirl this week after the running back tweeted 'FairwellMiami’ (sic), possibly hinting at a long last return to Pittsburgh. However, it's extremely unlikely that we will see Bell this weekend, so don’t get fooled by the cheap price tag.

If you’re in a classic game type that forces you to pick up a defence, then obviously you have to do so. However, if you’re playing in a showdown format this Friday where you can pick and choose whoever you like, I’d stay away from the defences this week. We expect this one to be a bit of a shootout as two of the top scoring teams in the NFL face off in good offensive form.