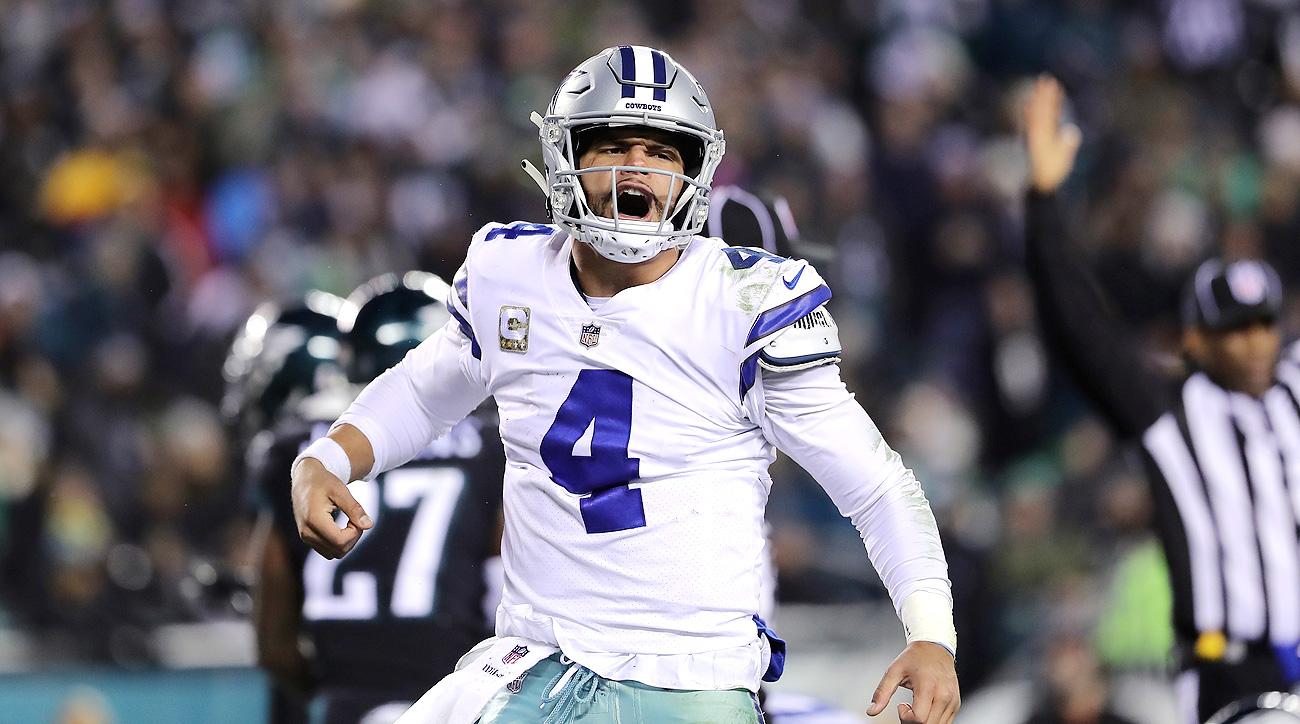 DraftKings have decided to go light this Sunday in the NFL, only offering a $3 million prize-pool for their major NFL daily fantasy tournament instead of the usual $3.25 million. A millionaire will still be made in the tournament, however, and we have our best fantasy tips for the 10 game Sunday slate below.

How can you look past the MVP favourite Drew Brees this Sunday. The New Orleans quarterback has scored 34.44 and 28.9 in his last two games and helped the Saints put up a monster 51 points including 265 yards and three touchdowns in the win over the Bengals in Week 10. Brees has thrown just 1 interception in 2018 compared to a ridiculous 21 touchdown passes and has a decent matchup this weekend against the Eagles, who allow the 7th most fantasy points to quarterbacks of any team in the league.

After an extremely slow start to the season in which he failed to score above 20 points in his first five games, Dak Prescott has been relatively on fire in the past four games, averaging over 22 points per game and leading the Cowboys to two wins in that period. Prescott has thrown for over 240 yards in three of those matches and has racked up six touchdown passes for just one interception. He's also added three rushing touchdowns to be one of the best scoring QB’s in the last month. Has a good matchup against the Falcons, who allow the second highest production to QB’s in the league.

Elliot had the best game of his season on the weekend, rushing for 151 yards and catching for another 36. He added one receiving touchdown and one rushing touchdown for a monster score of 39.7, his highest for the season so far. Not only do the Falcons allow high scores in the quarterback department, but they allow big scores to running backs as well. They are currently last in the league in points allowed to running backs with an average of over 27 per game.

Since Marshawn Lynch went down with injury in Week 6, Jalen Richard has been in the midst of a tight battle with Doug Martin for the majority of the rushing touches at Oakland. Richard plays more of the receiving role out of the backfield for the Raiders, which means his yards are more consistent than that of Martin, and against the Cardinals this weekend, who allow the 9th most points to runing backs in the league, we think Jalen is value.

It’s been a pretty inconsistent season for Odell in 2018, however, in his last three games he has shown some of the form that has made him one of the best fantasy receivers in the game for the past few years. He has scored 31.2, 24.6 and 23.3 over the last three games including three total touchdown passes and an average of over 110 catching yards. Comes up against the Buccaneers this weekend who have been the worst team in the league at defending the pass in 2018. They lead the league in touchdown passes allowed and are fourth in passing yards allowed per game.

At just $6,300 at DraftKings this weekend, we think Alshon Jeffery represents great value. He has had two scores of under 10 over the past two weeks after scoring 20 two weekends’ in a row but has a better matchup this weekend against the Saints. The Saints have been the most dynamic offence so far in 2018 but have also allowed a lot of points, and a lot or passing yards. Back Jeffery to bounce back this weekend.

Engram is another with a fantastic matchup this weekend as he too comes up against the Buccaneers. Was good a few weeks ago against the Redskins with 25 receiving yards and a touchdown and backed it up with a 46-yard game in Week 10. Averages almost 9 points per game in 2018 but should be over 10 this weekend against Tampa Bay.

Picking a defence and special teams every week is now becoming easier and easier. Simply take the team that’s playing against the Oakland Raiders, there’s nothing more to it. Over the past five games, they have scored over 20 points on just one occasion, the other four games have resulted in scores of 10, 3, 3 and 6. Enough said.