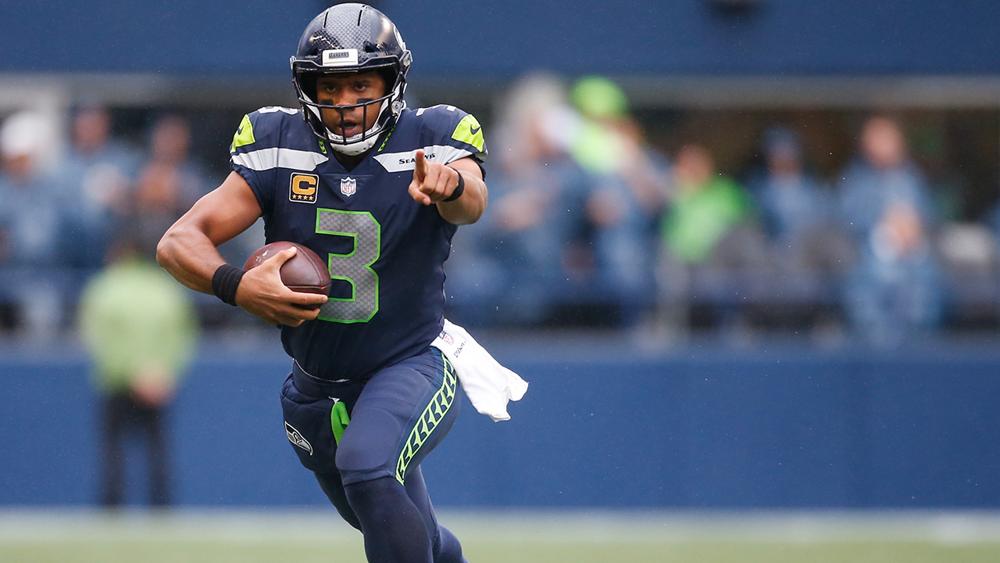 Week 11 of the 2018-19 NFL football season gets underway this Friday as the Green Bay Packers travel to Seattle to take on the Seahawks in a big NFC clash! As per usual, DraftKings are celebrating the round opener with a massive slate of daily fantasy contests including a $1 million feature tournament!

We are back with another round of daily fantasy tips for the game between the Seahawks and the Packers, starting at 12.20pm this Friday, below.

The Green Bay Packers have allowed at least 29 points in four of their last five games, including a 31-point game to the Patriots just two weeks ago which included Tom Brady throwing for 294 yards and a touchdown. They have proven to be a relatively easy team to move the ball on so far this season, ranking in the top ten for points allowed to quarterbacks. After a slow start the the season, Wilson has been much improved over the last five games, throwing for a total of 14 touchdowns and averaging well over 20 fantasy points per game in that time.

Jamal Williams started the season as the first-choice option at running back for Green Bay, but over the last four weeks, Aaron Jones has become favoured at the position. Jones has not had under 12 rushing attempts in his last three games and exploded against the Dolphins on the weekend, compiling 172 all-purpose yards and running in two touchdowns for a massive score of 35 fantasy points. Seattle have been decent against the run so far this year, but so have Green Bay, so no real matchup advantage is present at running back this weekend. I prefer the guaranteed first choice running back over the committee of Davis, Carson and Penny that the Seahawks possess.

If you’re in a competition that requires you to select a kicker, then it's hard to look past Crosby from the packers. The Green Bay kicker racked up over 10 points per game in his last four games and in that time, he has not missed a single field goal OR point after touchdown attempt.

Valdes-Scantling has saw a slight increase in production in Week 10 due to Packers wide receiver Randall Cobb being on the sidelines with a hamstring injury. It looks unlikely that Cobb will return for the Thursday night clash on short rest so Valdes-Scantling should once again be the number two option for Aaron Rodgers behind Davante Adams. Valdes-Scantling hasn’t scored under 10 points in his last five games and has two 100+ yard receiving games in that time.

We’ve been waiting a while for Jimmy Graham to finally develop into a reliable receiving tight end in Green Bay, but it seems to have finally happened. Kendricks hasn’t been a big part of the Packers offence all season, but with Graham finally starting to hit his straps, we can see Kendricks value at the tight end position dropping even further over the next few games as Graham continues to be a top two option for Aaron Rodgers.

Chris Carson exploded for a 23-point game against the Lions in Week 8, rushing for 105 yards and a touchdown in the win. Since then, however, he has battled a hip injury, forcing him out of the weekend’s game against Miami and putting Mike Davis into the spotlight, where he has performed well. Carson is listed as questionable for this game, but even if he does play, snaps should be shared with Davis. Stay away.