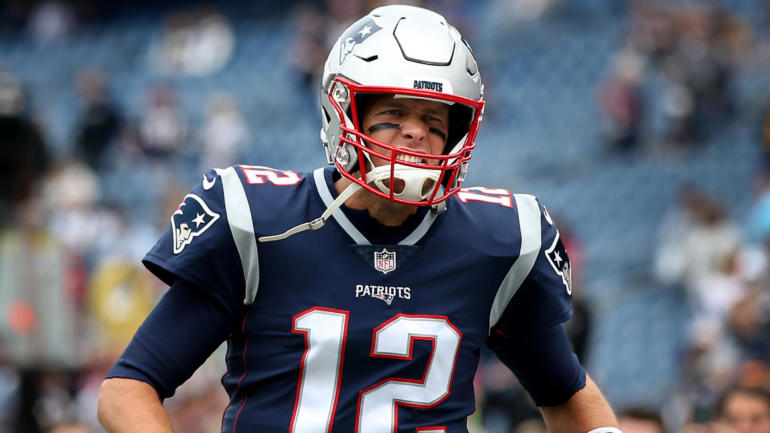 Another week in the NFL, another $3,000,000 up for grabs in DraftKings feature daily fantasy tournament on Sunday (Monday AEDT). We had some great picks in last week's daily fantasy NFL tips and we’ll be looking to provide some more value as we take a look at the 9 game Sunday slate in the major DraftKings tournament.

Tom Brady is carrying a slight niggle into his Week 12 divisional matchup with the Jets, however, he’ll no doubt be right to go by game day in a must win game for the Patriots. Brady has been relatively quiet by his standards in the last few games, scoring just 16, 15, and 11 points respectively over his last three. He does have a decent matchup this weekend against the Jets, who are middle of the pack in terms of points allowed to QBs. With no Brees, Mahomes, Goff, Ryan or Rodgers on the slate this weekend, Brady becomes a solid premium choice.

Our value pick this weekend is San Francisco 49ers quarterback Nick Mullens. Since taking over the starting position in Week 9, Mullens has been serviceable for the 49ers, racking up over 17 points per game including a 22.18-point performance against the Raiders in Week 9. He has a fantastic matchup this weekend against the Tampa Bay Buccaneers who allow more fantasy points to QBs than any other team in the league.

Saquon Barkley was enormous in Week 11 against the Buccaneers, rushing for 142 yards while adding two touchdowns along the ground and another through the air for a monster 38.2 point performance. Philadelphia have been solid against the run for the majority of the year but the wheels fell off against New Orleans last weekend as they allowed over 170 yards and three touchdowns to the combination of Alvin Kamara and Mark Ingram. Barkley had almost 220 all-purpose yards and a touchdown the last time he faced the Eagles.

Marlon Mack is our value option this weekend as he has a fantastic matchup against the Miami Dolphins. The Dolphins are 29th in the league in points allowed to running back, and after a couple of tough matchups against the Jaguars and Titans, Mack will be raring to get back on the high scorers list. In Week 7 & 8, Mack racked up over 65 total points including four touchdowns and over 300 all purpose yards. In their last game, the Dolphins allowed Green Bay running back Aaron Jones 172 all-purpose yards and two touchdowns.

It took a few games for Julian Edelman to find his feet after returning from his four-game suspension, however, he has averaged over 20 points per game in his last three contests and has a good matchup this weekend against the Jets, who are ranked 26th in the league in points allowed to WRs. Caught for 104 yards on 12 targets against the Titans in Week 10 and had 89 yards the last time he played against the Jets.

After a 25-point game in Week 7 against Tampa Bay, Landry has been down on form over the last few weeks, scoring just 11, 11 and 4 points. However, he has a better matchup this weekend against the Bengals, who are ranked 31st in the league in points allowed to wide receivers. A value play to say the least but has big point potential.

We have been making some good selections based on Tampa Bay opponents so far this season and we’ll be exploiting them again this weekend by taking George Kittle of the 49ers. Kittle has combined for over 70 points in his last four games and comes up against the Buccaneers this weekend, who are ranked 28th in the league in points allowed to tight ends.