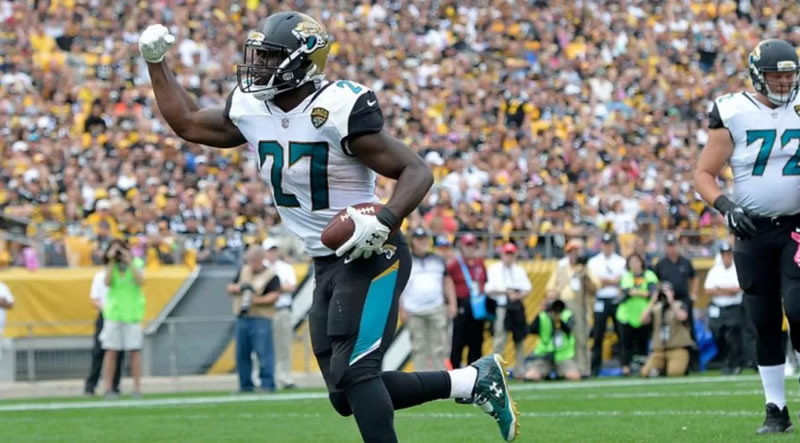 As far as marquee Thursday night NFL games go, this week's isnt the greatest. The Tennessee Titans will host the Jacksonville Jaguars in a less than interesting clash, however, we still have daily fantasy to keep us entertained and the folks at DraftKings are once again hosting some great tournaments with massive prize pools!

Catch our best daily fantasy tips for the Week 14 Thursday night clash below.

Both the Titans and the Jaguars have had great running defences so far in 2018. They both sit in the top five in the league for fewest fantasy points allowed to running backs. However, we have to pick one running back this Thursday night and gun to the head that has to be Leonard Fournette. Fournette is in the enviable position of having a week off due to a suspension and should return to the Jags lineup fresh this week. Fournette had 136 all-purpose yards the last time he faced the Titans.

Marcus Mariota is the lesser of three evils at quarterback on Thursday night. On the Jags side, you have Cody Kessler starting at QB, but could arguably be replaced at any time by Blake Bortles given the volatility of the Jags starting position at the moment. Kessler started against the Colts on the weekend and although the Jags came away with a 6-0 win, his play wasn’t exactly inspiring with just 150 yards on 24 attempts. Mariota has had back to back games of over 280 yards and multiple touchdowns and his the easy choice here.

Smith starts at Tight End for the Titans this Thursday and has a great matchup against the Jags, who are ranked No.23 in the league in points allowed to TE’s. Regular Titans starting TE Delanie Walker hasn’t played since Week 1 and will remain on the sidelines with an ankle injury, giving Smith plenty of opportunity. Tennessee will be throwing the ball much more than Jacksonville this week so we like the Titans receivers here.

Tough to find enough players that we like this week but Corey Davis seems the obvious receiving option for the Titans. He has been the most targeted receiver throughout the season so far for the Titans and scores 13.5 points per game. Has been impressive over the last two weeks with over 18 points per game and two touchdowns.

Derrick Henry impressed on the weekend against the Jets, racking up 40 yards and a touchdown to score 12.5 points, his first score of over 10 points since Week 10. However, The Jaguars have been good against the run over the the past few weeks which means that Henry should get a lot less carries behind the starting running back in Dion Lewis on Thursday night.

The Jaguars captured a shutout 6-0 win against the Colts on the weekend but with Cody Kessler at the helm, they compiled just 150 passing yards. No Jaguars receiver was able to surpass 50 receiving yards and we think it could be another tough night for them here against a tough defence. If you’re after a betting tip, take the unders all day long here.