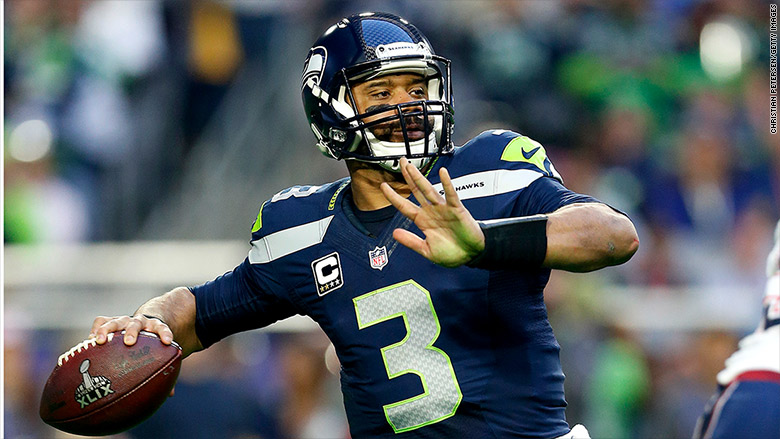 The 2018-19 NFL season is beginning to heat up with the playoffs now just three weeks away. This Sunday in the NFL features a fantastic early game slate, one that DraftKings will be offering a monster $3,000,000 for the days action!

We are back with a full slate of daily fantasy betting tips for the major Sunday tournament below!

Russell Wilson might be on the road this weekend but he is our number one option with a favourable matchup against the San Francisco 49ers. The 49ers are ranked 28th in points allowed to quarterbacks so far this season and have allowed the fourth most passing touchdowns overall. Russel Wilson had a tough week against the good defence of Minnesota in Week 14, however, that was the first time he had scored under 20 points in three games. Back him to bounce back here.

Derek Carr has copped a lot of flak over the season so far but has actually performed extremely well over the last two weeks in an admirable loss to the Kansas City Chiefs and a fantastic win over the Pittsburgh Steelers. He has scored over 23 points per game in the last two games and thrown 597 passing yards and 5 touchdowns in those games. Has a good matchup this weekend against the Bengals, who are ranked 23rd in the league in points allowed to quarterbacks.

Opting to stay away from the two premo running backs this weekend in Saquon Barkley and Ezekiel Elliot who both have tough matchups. Instead we are opting for Leonard Fournette from the Jacksonville Jaguars. Fournette scored just 6.1 points last weekend against a tough defence in Tennessee but cleared the 20-point mark in all three of his previous games. Has a better matchup this weekend against the Redskins, who are ranked 24th in the league for points allowed to running backs.

Derrick Henry had one of the best fantasy games of the NFL season last week against the Jags as he rushed for 238 yards and four touchdowns to rack up a monster 50.8-point score. It was the first time all season that Henry had scored over 20 points but with the performance, should become a more integral part in the Tennessee offence. Good matchup this Sunday for Henry coming up against the New York Giants, who are ranked 27th in points allowed to RB.

Antonio Brown is our selection at premo wide receiver this weekend with a favourable matchup against the New England Patriots. While the Pats are 9-4 on the season so far, they have allowed a bunch of passing yards and touchdowns per game, currently ranking in the bottom 10 in the league in both stats. Brown has a decent record against the Pats, averaging over 80 receiving yards per game and almost 1 touchdown catch per game. He’ll be keen to bounce back after a disappointing game against the Raiders.

We’ve loves exploiting the Tampa Bay defence this year and we will continue to do so in Week 15 as we opt for Baltimore wide receiver John Brown as our value pick. Brown had a great start to the season, scoring over 13 points in his first four games, however, has been down on production lately, scoring over 10 points just once in the last six games. However, that score did come last week against the Chiefs, and Brown should improve this week against the lacklustre Tampa Bay defence, who have allowed more receiving touchdowns than any other team barring Oakland.

With the playoffs now just three weeks away, it’s time for the best tight end in the league, Rob Gronkowski, to start upping his role in the New England offence. Gronk has largely been held back this season to avoid injuries but after a disappointing finish to last weekend’s game against Miami that saw him missing a potential game saving tackle, Gronk will be desperate to bounce back in a big way against the Steelers. Gronk averages over 110 receiving yards per game against the Steelers and has 8 TD catches in six games.

The Seattle Seahawks have the enviable matchup against the San Francisco 49ers this weekend, who have scored just over 21 points per game so far this season, ranked 24th in the league. The Seahawks might be on the road but should be able to keep the 49ers to a low score here.