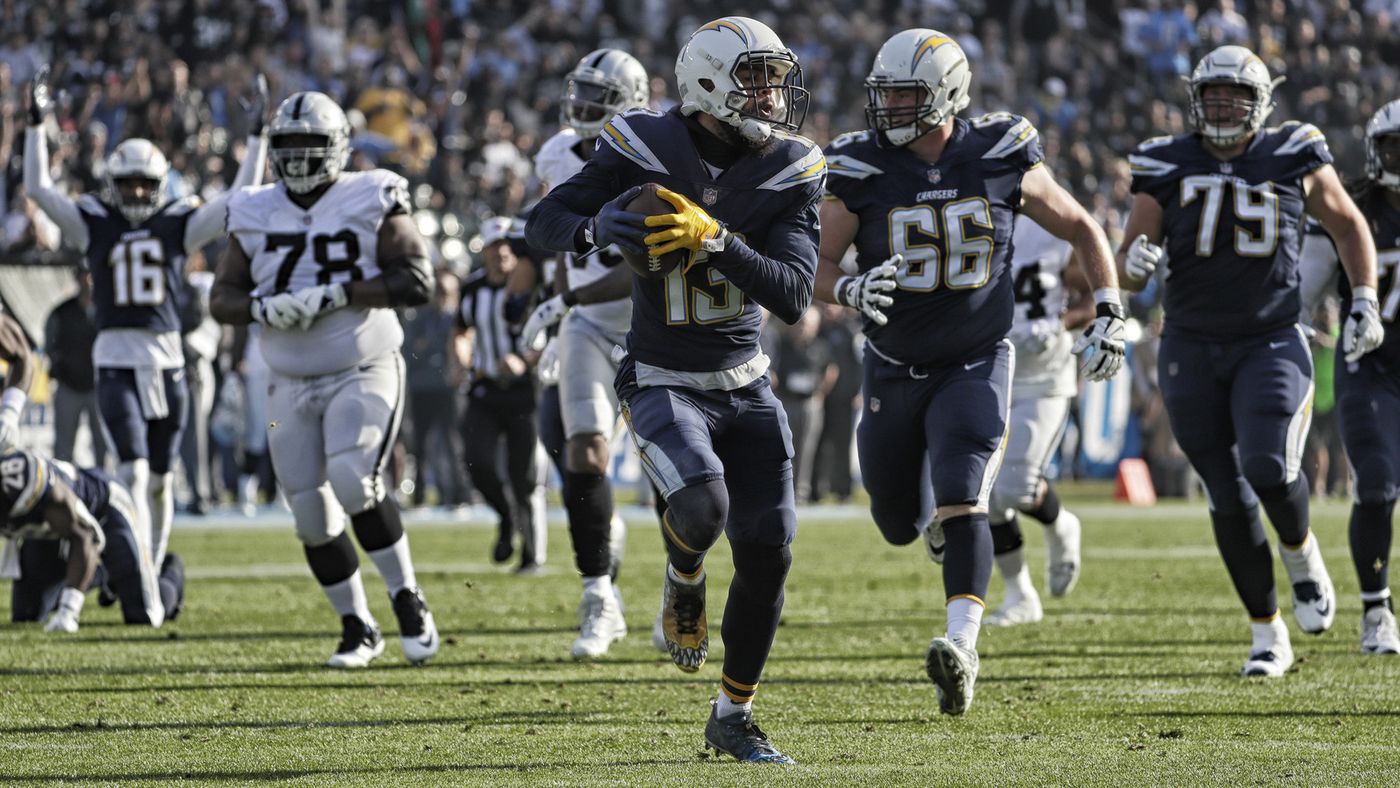 After a few lacklustre Thursday night games in the NFL over the last two weeks, it seems that we will finally get a daily fantasy blockbuster as the Kansas City Chiefs host the Los Angeles Chargers this Thursday (Friday AEDT).

DraftKings are once again offering a monster $1,200,000 for the final Thursday night game of the season, and we have our best daily fantasy picks for the matchup below!

With so many injured skill position players leading into this Thursday’s game, the only two that seem fully fit and ready to go are Travis Kelce and Keenan Allen, both of whom have been on fire of late. Since the departure of RB Kareem Hunt, Kelce has had a bigger role in the Chiefs offence, scoring 31.7, 42.8 and 20.7 in his last three weeks. He is far and away the best fantasy Tight End in all of football this season and with Antonio Gates the only other viable option at the position on Thursday, Kelce is a must have.

Keenan Allen has been on an absolute tear over the past four weeks. In that time, he is averaging over 25 points per game and has at least one touchdown in each match. Has a great matchup against the Chiefs, who allow the most passing yards per game in the NFL and we expect this game to be a bit of a shootout. Allen is one of the most targeted WR in the NFL and is just two weeks removed from being targeted 19 times in one game for 14 catches and 148 yards.

Rivers is one of the highest scoring quarterbacks in the league this season but will come into Thursday’s game as a bit of a sleeper due to his direct opponent. Patrick Mahomes should be the more selected quarterback but we actually like Rivers as the slightly cheaper option. As we mentioned above, Kansas City allow more passing yards than any team in the league this season and their mark of 25 TD passes allowed is one of the highest in the league. Rivers has a decent record against the Chiefs and threw for 424 yards and 3 touchdowns the last time they played.

With the Chargers first choice running backs in Melvin Gordon and Austin Ekeler both potentially out with injury for Thursday’s game, the starter could end up being third string Justin Jackson. After combining for just five carries in the first 11 weeks of the season, Jackson has racked up 22 carries over his last three games, including a 15.2 point performance in Week 13. Should continue to get good reps here and is a great price.

Two of the most dominant running backs in the league to date this season but we are opting to stay away from both of them this Thursday for the same reason. Injury. Tyreke Hill comes into the game as a question mark with injuries to both his heel and wrist. While they are minor and he would probably play given a full week of recovery time, the short week due to the Thursday game worries us.

Melvin Gordon has missed the last two Chargers game with a knee injury. While his recovery is reportedly tracking ahead of schedule, we think it’s unlikely that the Chargers will risk him when he could sit this one out and get another 10 full days rest before their Week 17 clash.