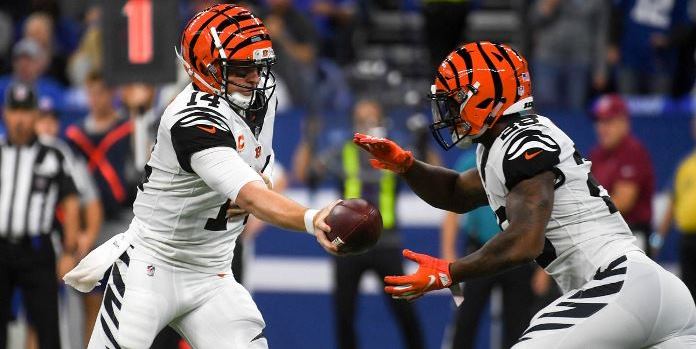 The NFL got off to a great start on the weekend with some major surprise results. Daily fantasy juggernauts DraftKings gave away millions in Week 1 of the season and are prepping themselves for another massive weekend in Week 2.

The action this week gets underway on Friday morning (10.20 am AEST) with the Cincinnati Bengals hosting the Baltimore Ravens from 10.20am and we have you covered with another slate of daily fantasy tips for the game below.

DraftKings will be hosting a monster $750,000 tournament for just $10 entry fee on Friday so make sure you create an account and throw your hat in the ring! 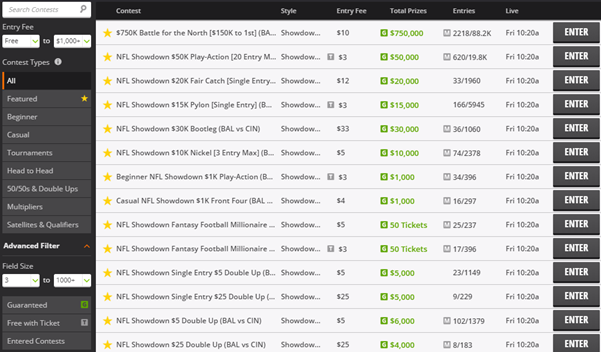 I expect this game to be extremely close but the Bengals should have more of a run game while the Ravens will look to get it don’t through the air. Flacco had 236 passing yards and three touchdown passes in last weeks 47-3 win over the Bills at home and should be impressive again against a Bengals team that allowed over 300 yards in the air to Andrew Luck and the Colts last weekend.

Joe Mixon was the main guy running the ball for the Bengals in week one, getting 17 carries for 95 yards and a touchdown. He also added five catches for 54 yards. Bengals QB Andy Dalton only threw the ball 28 times in the 34-23 win over the Colts and while we think that number should rise this weekend, we still expect Mixon to play a big roll along the ground and in the air. The last time these two teams met Mixon had 18 carries for 96 yards.

Allen accumulated just four carries last weekend for 17 yards but did rush for a touchdown to boost his points tally. Where he looks damaging though, is catching out of the backfield. He led the Ravens in receptions in week one, proving he is a viable option as a pass catching back and should get a solid number of targets this weekend. We think it’s unlikely that the Ravens have six players with over 30 reception yards again so look for the receiving yards to be distributed between fewer players this weekend.

As we mentioned above, we think the number of productive receivers for the Ravens comes down to three or four this weekend and Willie Snead should be one of them. He had four receptions for 49 yards and a touchdown last weekend and is the Ravens first option out of the slot.

The Cincinnati offence was fantastic on the weekend, but the defence left a little to be desired. The Colts led the game in possession time, total plays and total yards but just couldn’t make their opposition pay on the scoreboard. Andrew Luck was able to air the ball out for 319 yards and two touchdowns to rack up 23 points. We aren’t saying the Bengals defence is woeful, but we think the Ravens D/ST is the better option here.

The Ravens tight end position is run by committee at the moment as all of Nick Boyle, Maxx Williams and Mark Andrews caught three passes for over 30 yards on the weekend. None of them found the end zone either. We would be leaning towards Tyler Eifert of the Bengals this Friday, who’s spot seems more secure.