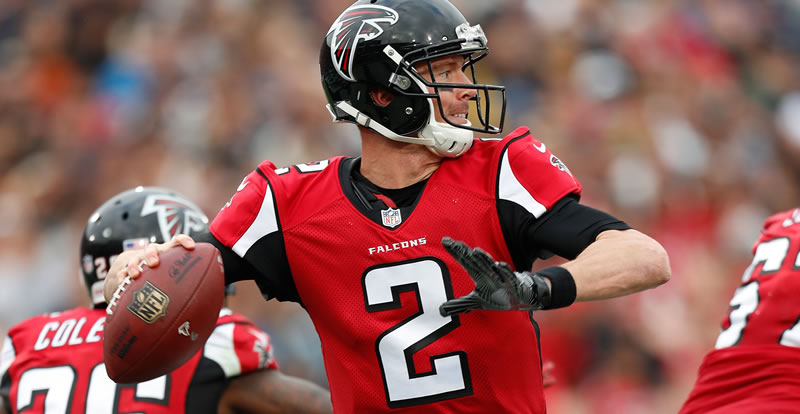 Week 6 in the NFL offers a fantastic Sunday (Monday morning AEDT) slate with 13 games on the card! DraftKings are once again offering a monster $3,750,000 guaranteed contest for the selection of games, and once again, we are offering our monster NFL daily fantasy preview with our best tips for the day! 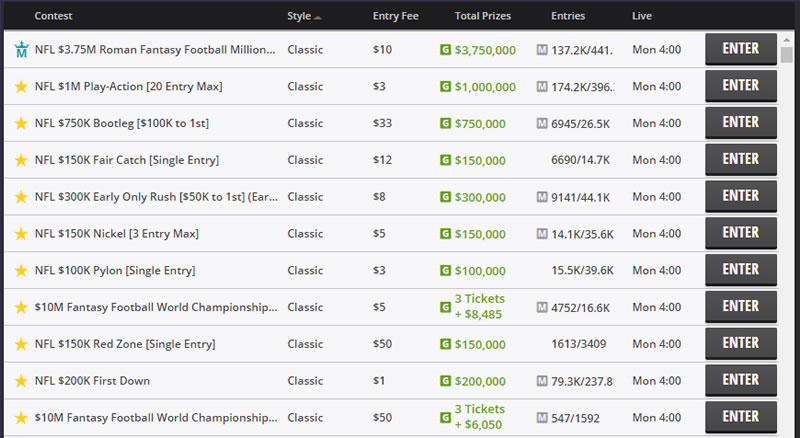 Matt Ryan is our go to guy at quarterback this weekend. Was pulled from the game late in the fourth quarter in Week 5 with a suspected broken hand but X-Rays have come back negative and Atlanta coach Dan Quinn has stated that Ryan will start this weekend. Week 5 was the first time in four games that Ryan has dropped under 30 points and has a favorable matchup against Tampa Bay this weekend, who have allowed the most passing yards per game of all 32 teams in the league at 358.

Russel Wilson is the cheap option this week and while he hasn’t set the world on fire so far in 2018, he has been fairly consistent with four out of five scores over 15. Has dropped over $1,000 in price since the start of the season so should start to level out on value soon and has a favorable matchup against the Raiders this weekend, who have allowed 277 passing yards per game in 2018, the 9th most of any team in the league and their 10 passing TD’s allowed is just three behind league leaders in Tampa Bay.

Todd Gurley looks to be the guy at running back once again this week if you can afford him. He dominated the Seahawks in Week 5, racking up 77 rushing yards and three touchdowns and a further 36 receiving yards for a monster score of 33.3, his best of the season. Has a good matchup against the Broncos, who are 22nd in the league in points allowed to the running back position, but Gurley is going to do Gurley things regardless of the defence standing in front of him.

Latavius Murray is the cheaper option this weekend as the Vikings come up against the Cardinals who have looked incapable of stopping the run so far this season. The Cardinals give up 145 rushing yards per game, the most of any team in the league and Murray should see first crack at them this weekend with Dalvin Cook likely to still be out with a hamstring injury.

After a few down weeks by his lofty standards, Brown came to the party in Week 5, racking up 101 receiving yards and two touchdowns for 31.1 points, his best score of the season. Looked to be syncing up with Ben Brown better than he has all season and has a very good matchup against the Bengals this weekend, who allow the 7th most points to wide receivers in 2018 so far. Lofty price tag but you know what you’re getting with Brown.

Hard to look past the best two receivers in the game this weekend. If you don’t have one of Brown or Julio Jones in Week 6 you might be in trouble. We are predicting Jones to explode this weekend against the Buccaneers, who as we mentioned above, allow almost 400 passing yards per game.

Tough not to keep harping on about the Falcons potential for some big scores this weekend as they face the Buccaneers. Tampa Bay had the bye last weekend and in their other four games so far this season they have allowed scores of 40, 21, 30 and 48. Atlanta will have no problem putting up 30+ on them this weekend and Matt Ryan could throw it 60 times.