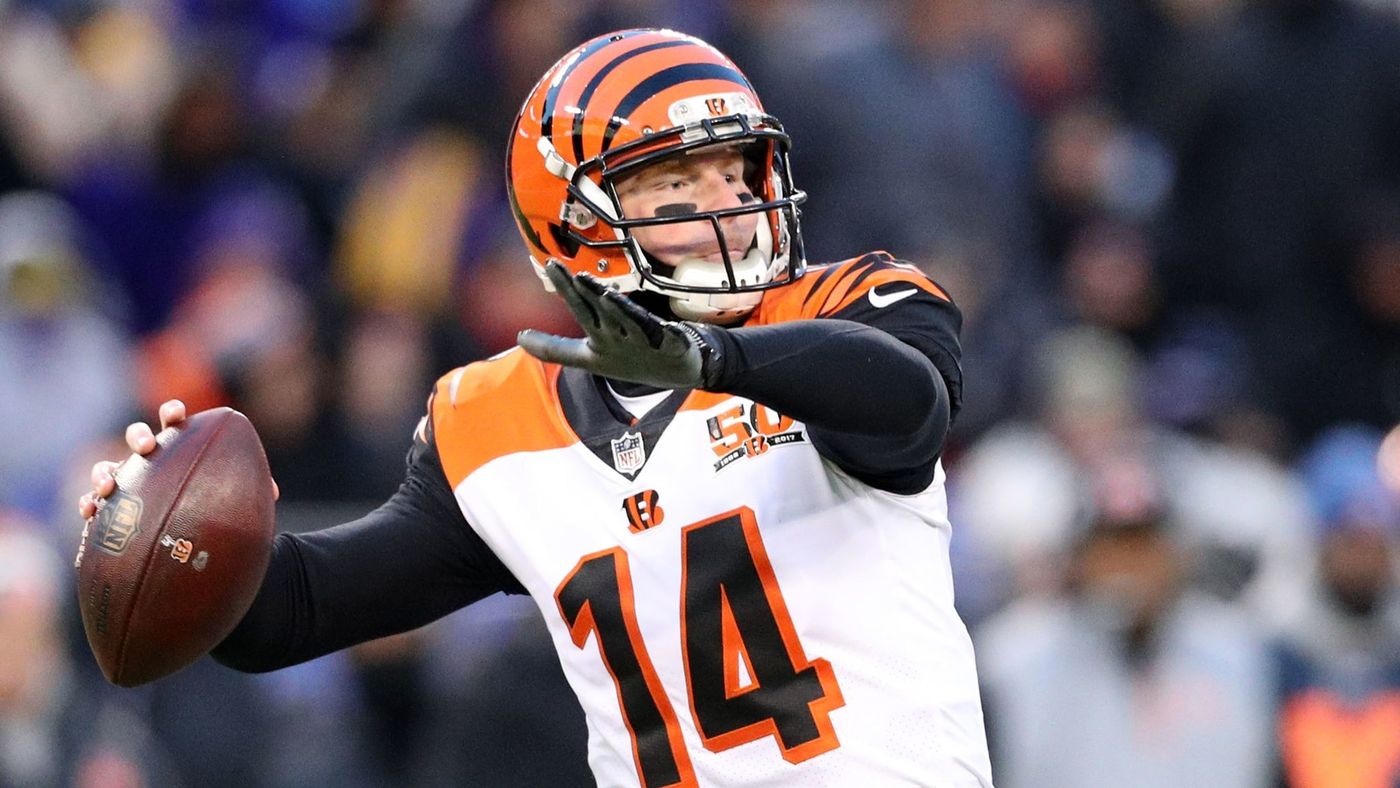 Another week in the NFL, another millionaire to be made at DraftKings this Monday (AEDT). The major DraftKings tournament has a guaranteed prize pool of a whopping $3,750,000 this weekend and once again, we have you covered with our best fantasy picks for the 10 game Sunday slate below! 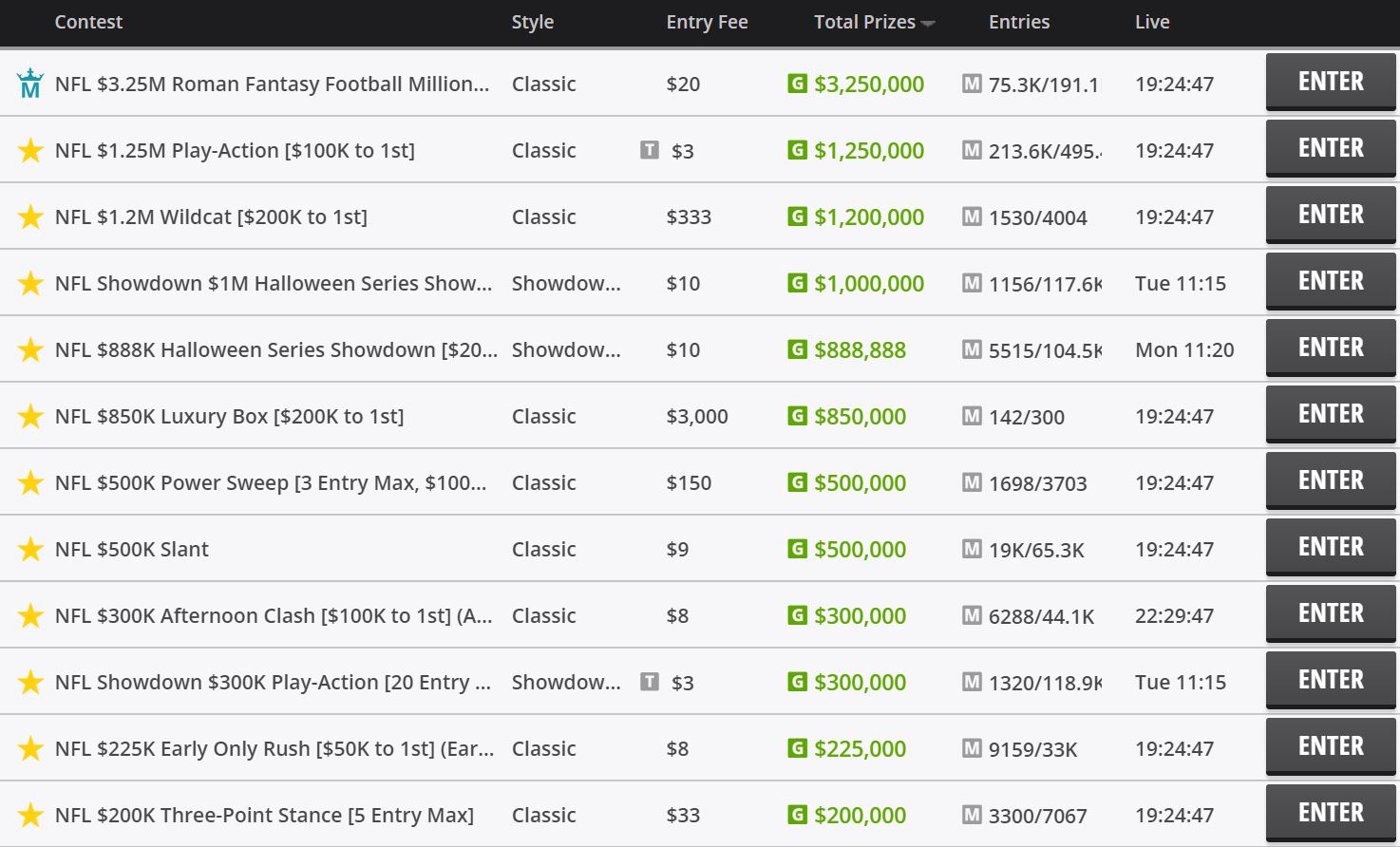 Have to take Andy Dalton into consideration this weekend despite an average outing against the Chiefs last week. Dalton threw for just 148 yards and 1 touchdown in the 45-10 blowout loss to the Chiefs, but has great potential to bounce back this weekend against one of, if not the worst pass defence in the league. Tampa Bay allow the most passing yards per game of any team in the league at a whopping 328 and have also allowed the most total touchdown passes with 18. Back Dalton to bounce back this weekend.

Our cheaper option at QB this weekend will come in the form of Cleveland rookie Baker Mayfield. Mayfield had a good day against Tampa last weekend with 215 passing yards and two touchdowns with no interceptions. He also added 43 rushing yards on just four attempts for a fantasty score of 20.9. since his first start back in Week 4, the rookie is averaging 18.5 fantasy points per game and has a good matchup this weekend against the Steelers who are bottom six in the league in both passing yards and touchdowns allowed.

At first it was just Todd Gurley and Alvin Kamara competing for the title of best fantasy running back in the league, however, player three has entered the game over the past month in the form of Giants rookie Saquon Barkley. Barkley is yet to record a score under 20 this season and exploded for a 40.9 point game against the Eagles two weeks ago. In that game he had 130 rushing yards, 99 receiving yards and a touchdown. He has already been in the end-zone seven times this season, which is good for the fifth most in the league. Has a tough(ish) matchup against the Redskins this weekend but we also said that when he played the Eagles a few weeks ago. This guy is a transcendent talent.

How can you not look at Nick Chubb for the value option this weekend. After Cleveland’s first-string running back Carlos Hyde was traded last week, Chubb’s fantasy potential exploded and after scoring under three points in five of his first six games of the season, relished the chance to lead the Browns run game on the weekend with a 14-point performance. Is still undervalued at just $4,700 and we think he should continue to improve with more opportunity as the No.1 RB.

AJ Green has been a bit of an enigma over the course of his career but 2018 so far has definitely been his most consistent season to date so far. He has just one game of under 69 receiving yards and has already racked up four touchdown catches this year. Has averaged over 100 receiving yards over his last three games and was fantastic last weekend with 117 yards on 7 catches. Has a great matchup this weekend against Tampa Bay and we feel another multiple touchdown day is on the cards.

Sanders continues to be undervalued so far in 2018. He is currently the fourth most productive wide receiver on Sunday’s slate but doesn’t fall inside the top ten on the price list. This might be due to a slight niggle he carried into last week’s game, however, he still managed to rack up 102 yards and a touchdown for 30.32 points, his second highest score of the season. Good matchup this weekend against the Chiefs who allow the second most passing yards per game at 317.

Not only do Cincinnati allow the fourth most passing yards per game in the NFL at 301, they have proven to be the worst team in the entire league at limiting production to tight ends. Howard has been serviceable in 2018 so far, scoring in double digits in nearly every game he has played and is coming off back to back weeks with 60 catching yards.

The Colts might not be the most reliable scoring D/ST in the league but they have a fantastic matchup against the Raiders this weekend, who have scored just 13 points over the last two weeks and average the fifth fewest in 2018 at just 18.3. They have failed to score 20 points in four of their six matches and have some issues with QB Derek Carr at the moment who could be suffering from an arm injury.