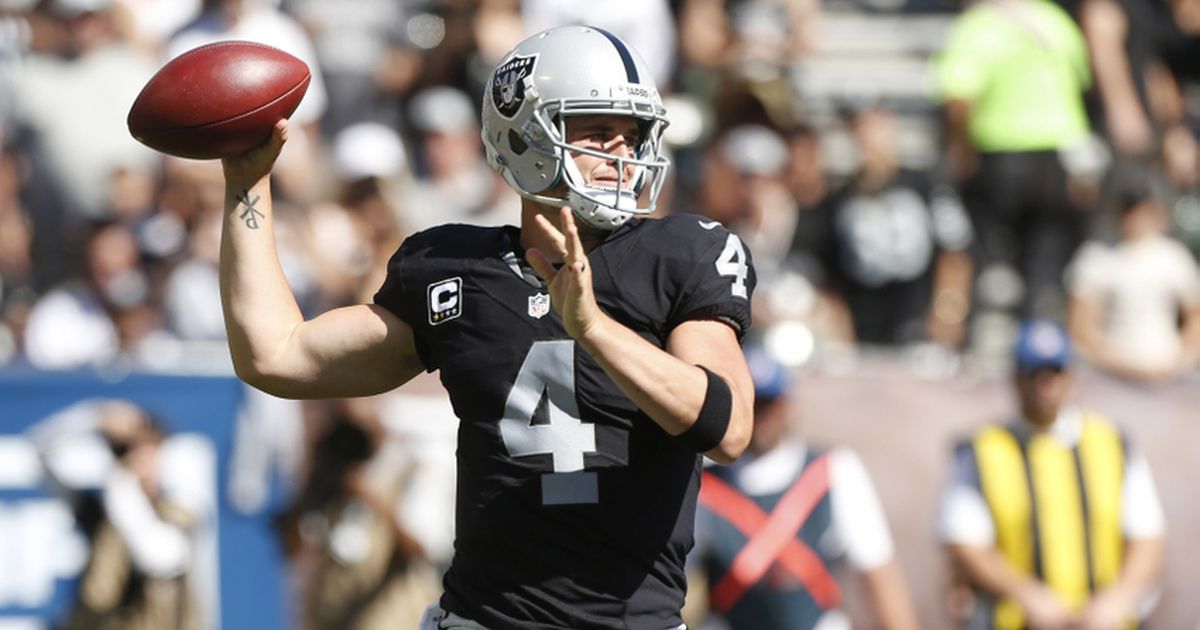 Another Thursday night (Friday morning AEDT) clash in the NFL this week and another millionare to be made at DraftKings! There’s plenty of monster tournament on at the American based daily fantasy site this Friday morning for the clash between the Oakland Raiders and San Francisco 49ers and we have you covered with our best DFS tips for the matchup below.

Tough to find any must haves in this game that is sure to be an absolute snooz fest between two horrendous teams. However, if we had to pick one QB and reciever combo in the game it would be Carr and Cook. Carr has underperformed so far in 2018 but gets a good opportunity against a poor defence in the 49ers on Friday morning. Still averages 18.8 points per game and was good against Indianapolis on the weekend, throwing for 244 yards, 3 touchdowns and also running another one in for a total of 27.7 points.

Cook has been Carr’s number one target so far this season. The tight end averages almost 7 targets per game so far in 2018 and almost 70 yards per game. He has reeledi n three touchdown passes and average sover 15 fantasy points per game, the best of any Oakland receiver. Has a decent matchup against the 49ers who allow the 17th most fantasy points to tight ends in football.

Alfred Morris currently sits third on the depth chart at running back for the 49ers. However, with both Matt Breida and Raheem Mostert currently battling injuries and questionable for this week’s game, Morris is thrown right into the mix. Morris had 6 rushes for 26 yards in Week 8 against Arizona and while his production is largely based on the health of the two guys above him in the rotation, we think he’s worth a punt here at just $2,400.

Jordy Nelson has gone from being one of the most productive wide receivers in the game with Aaron Rodgers and the Packers in the past to a shell of his former self with Oakland this season. He has scored just five points combined over his last two games but has a good matchup against the 49ers, who allow the 24th most production to WR in football. Averaged over 20 points from week 3-5 and we think he can get back to that form this week.

Not only has Beathard scored just 21 combined points in the last two games, he will be carrying a slight wrist injury into this game if he does indeed suit up. The quarterback has just one score of 20+ in his five games so far this season and while the Oakland defence looks terrible at the moment, we just cant trust an injured Beathard this week.

The 49ers defence was serviceable last weekend against the Cardinals, allowing just 18 points in the three-point loss. However, that is the first time all season that they have allowed under 20 points and they allow the second most points per game in the NFL this season at 31.1. Oakland might not have the best offence going around but if they were ever going to put up 30, it’s this week.