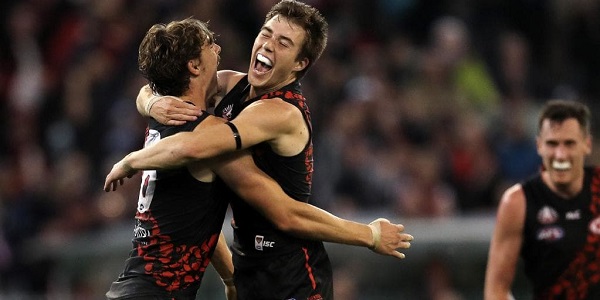 Round 5 of the AFL isn’t over yet, with two massive games to come this Tuesday and of course the big Anzac Day clash on Wednesday. There are some absolutely monster fantasy tournaments on for Wednesday’s match between Essendon and Collingwood but if you prefer to bet with the regular agencies, we have you covered with a special slate of fantasy prop bets for the Anzac Day clash below.

Sportsbet offer a great range of player fantasy markets, so make sure you create an account today and take full advantage of their great $501 sign up bonus.

After a pretty disappointing Round 1 where Phillips had just 20 disposals and 67 fantasy points, he has bounced back in a big way over the last three games. In those games he has scored 131, 93 and 100 respectively and twice cleared the 30-disposal mark. Has transformed himself into a valuable member of the Collingwood midfield and given his form over the last three we think his 89.5 point line is low here.

One thing we do know about Nathan Buckley is that he isn’t a fan of tagging opposition midfielders. There was endless conversation over whether it was the right thing to let Tom Mitchell run rampant on the Pies for 54 touches in Round 1, and Bucks looks like he is sticking to his guns on this one as some opposing mids have been able to get off the chain. Merrett looked like he was back to his old ways last weekend, racking up 121 points against the Power and he scored 105 and 137 against the Pies last year.

Hurley had a monster game in Round 4 against the Crows, which is interesting because the Crows forward line boasted arguably his hardest matchup to date this season in the likes of Walker, McGovern and Jenkins. Should have a much easier matchup this weekend as he lines up on either Ben Reid or Mason Cox and has a head to head matchup against Brendan Goddard this weekend who is down on fantasy points this year, averaging just 88.