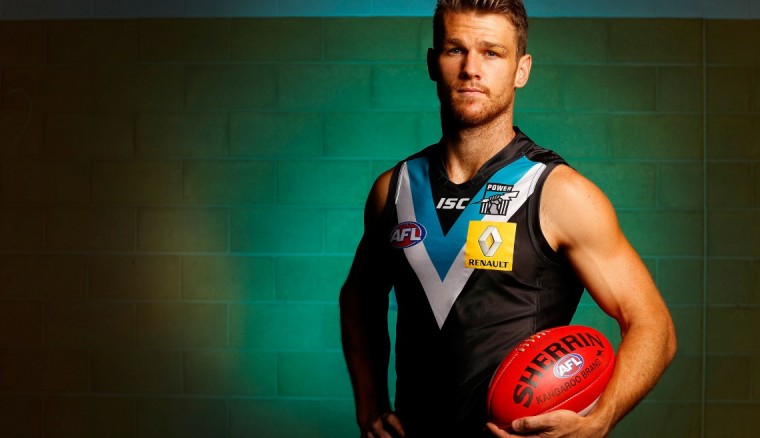 We’re back with another instalment of our Friday Night AFL Chalk, Chance or Chump! Kicking off Round 12 is the Power vs Tigers at Adelaide Oval in what has the potential to be the match of the season!

As usual, PlayON have some huge cash prizes up for grabs in their AFL tournaments this weekend, with a massive $1,000 on offer on Friday Night! They also have several qualifiers for the season-ending $100,000 Super Contest as well as a range of smaller buy-in contests if you want to get a taste.

Take a look below at this week’s Chalk, Chance or Chump as we look to help you out with your DFS AFL lineups for this Friday night!

Robbie Gray is our ‘Chalk’ for this Friday Night’s game. He’s in career best form and has been the Power’s best player by a country mile in 2018. He’s averaging 24 disposals, 5 tackles and 2 goals a game, which are all around his career-high’s. This has lead Gray to an average of 97 fantasy points, which is the highest of any Tiger or Power player this season. Despite all this, Gray is still undervalued at $13.9m at PlayON, which makes him a must-have for this blockbuster clash.

This week’s ‘Chance’ of the week is young Tiger, Callum Moore. He’s played just 4 games for his career, but has featured in the Tigers previous two matches this season and has done enough to earn himself another one against the Power on Friday. He’s averaging 13 disposals, 6 marks and a goal in 2018, posting fantasy scores of 51 and 69 in the process. While these aren’t huge scores, they’re more than serviceable when you’re paying just $6.1m for him (PlayON), which will free up more cash to go large elsewhere.

Our 'Chump' of the week is Power captain, Travis Boak. With the addition of Rockliff and Motlop to the Power midfield this year, Boak's midfield time as significantly decreased. As a result, he's having his worst statistical season since becoming captain, averaging 24 disposals and 0.7 goals a game. His fantasy scores have also been down (averaging 87), compared to last season (92). At his price ($14m PlayON) there are plenty of better options for your team.