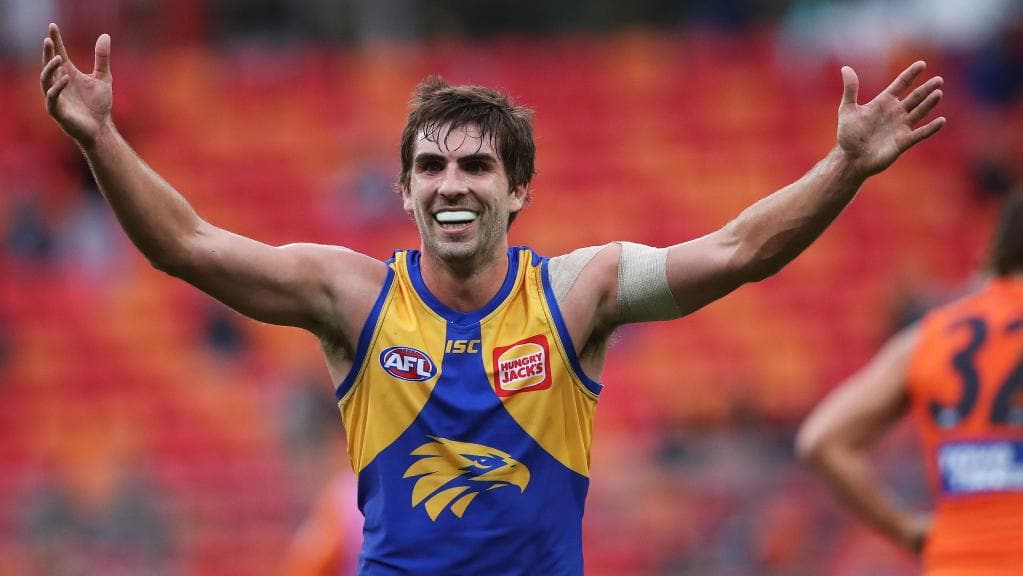 We’ve got another Thursday Night clash to kick off Round 14 of the 2018 AFL Premiership Season. This time it will be the red-hot West Coast Eagles hosting the Bombers at Optus Oval in Perth. It looks like a one-sided match on paper, but if we’ve learned one thing from the season so far, it’s that anything can happen!

As usual, PlayON have some huge cash prizes up for grabs in their AFL tournaments this weekend, with a massive $1,000 on offer on Thursday Night! They also have several qualifiers for the season-ending $100,000 Super Contest as well as a range of smaller buy-in contests if you want to get a taste.

Take a look below at this week’s Chalk, Chance or Chump as we look to help you out with your DFS AFL lineups for this Thursday night!

The player you’ve got the ‘Chalk’ in to your PlayON fantasy team for Thursday Night is Eagles ball-magnet, Andrew Gaff ($16.0m). He’s been in absolute stellar form this year and is well on the way to earning consecutive All-Australian honours. Gaff’s averaging 30 disposals a game and a massive 110 fantasy points, and is a huge reason for the Eagles success this year. The Bombers aren’t exactly known for their pressure, so I can see the running machine that is Andrew Gaff, absolutely tearing it up on Thursday Night.

The ‘Chance’ I urge you to take in your fantasy team is on young bomber, Mason Redman ($6.8m). As many of you know, selecting a fantasy team with a salary cap requires you to pick lesser-known or younger players who are often very cheap, in order to stack the rest of your squad. For these reasons alone, Redman is a must have for your team. He went big with 92 points in his only game so far and is still at basement price at PlayON. At just $6.8m, there’s little to no risk having Redman in your team.

A player to avoid selecting in your Thursday Night fantasy team is Bomber Ruckman, Tom Bellchambers ($12.5m). The odds of him having a good or even serviceable game against the Eagles are stacked up against him. Travelling to and playing in Perth is never an easy task, but when your opposition number is Nic Naitanui, it’s a near impossible one. He doesn’t have the athleticism or skill to go with Nic around the ground, so I suggest avoiding him here.