2018 AFL Chalk, Chance or Chump: Round 3 Carlton vs Collingwood 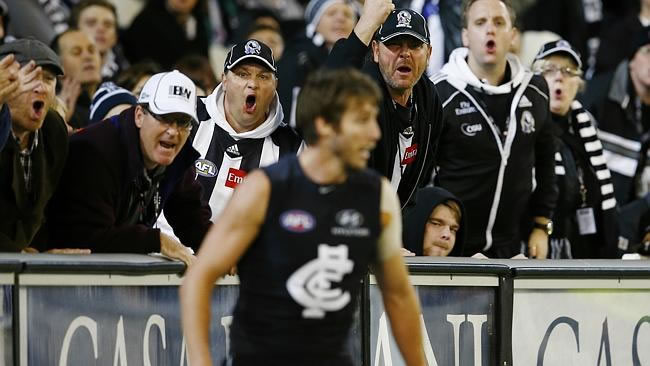 The Easter Round saw five days of footy action capped off with a cracking one-point thriller on Monday.  Now we have a few days off as we have to look forward to the Friday night clash between Collingwood and Carlton to kick off Round 3. Two of the AFL’s powerhouse clubs, but two teams that have disappointed on field in recent years. They’ll be looking to produce some entertaining football in the showpiece match on Friday night.

Carlton and Collingwood aren’t everyone’s favourite teams, so to give you some extra enjoyment for this match, why not enter a couple of teams in the $1,000 Guaranteed contest at PlayON? We’ve given you a head start with our Chalk, Chance and Chump article picking out the best and the worst for your team lineups this Friday.

Don’t forget that PlayON are giving daily fantasy players some tremendous value this season with overlay contests every week, and daily qualifiers for their end-of-season $100,000 AFL Super Contest!

Carlton have had a disappointing start to the 2018 AFL season, but Ed Curnow can certainly hold his head high. Curnow picked up a massive 160 fantasy points last week with 38 touches, 7 marks and 10 tackles. That followed up a 29-possession game against the reigning Premiers in Round 1. In a game where there are six other more expensive midfielders on PlayON, Curnow is a great buy at $14.4m.

Honourable mention to Collingwood big man Brodie Grundy who looks a great choice in the ruck, with Matthew Kreuzer coming off an injury break.

Rookie Sam Murray has made a bright start to his AFL career with 19 and 20 possessions in his first two games across half-back. Looks a promising player and, priced at just $6.4m, he’s averaging over 10x his salary so far which is golden for fantasy teams. Even if he drops his output a little, he’s still providing  a great cheap option for any PlayON team, to allow you to spend up in other spots.

There’s some heat on prized recruits Taylor Adams and Adam Treloar for their use of the ball, and it’s to the point that the two are now handballing far more than they are kicking the ball. That’s not good news for fantasy coaches. Adams had 19 handballs and just 6 kicks last week. With an average of 76 points for the season so far, he’s overpriced at $16.3m at PlayON. Avoid!