2018 AFL Chalk, Chance or Chump: Round 4 Adelaide vs Collingwood 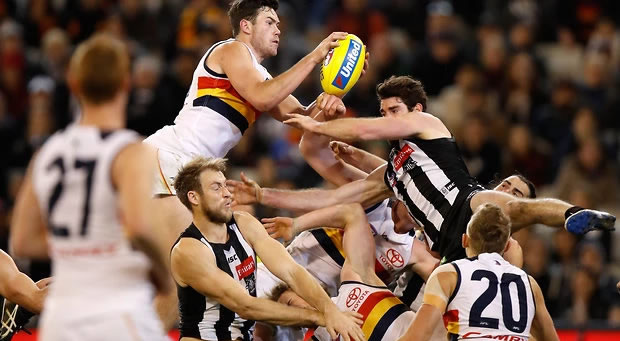 The Crows host the Pies to kick off Round 4 on Friday Night Football this week and once again the guys over at PlayON are giving you the chance to win a seat into their $100,000 AFL Super Contest. There are $5.50, $11 and $22 qualifiers on Friday night so you have plenty chances to win your ticket to the big dance!

We want to see as many DFR players as possible in the Super Contest, so we’re here to help you build your lineups for Adelaide vs Collingwood with our weekly Chalk, Chance and Chump article. Who is a lock? Who has potential? And who must you avoid? Let’s find out...

I couldn’t split these two so I have included both as a two-person chalk play for this week. You won’t find better value at PlayON in this game than Tom Doedee at $6.6m and Sam Murray at $6.8m. Both have similar characteristics as dashing half-backs in their rookie seasons. Both are averaging above 70 fantasy points which is huge value for money in your PlayON teams on Friday. There’s likely to be one, or probably both, of these guys in every team on Friday night!

If you go do with the twin rookies in the backline, then your only spot to include Rory Laird is in the Flex position. As the player the highest average in the game after three rounds, Laird in the Flex is certainly a move you should consider. He’s priced at a hefty $16m on PlayON but with two 40+ possession games, and an average fantasy score of 128 so far this season, Laird is a fantasy points beast. Hard to see him having too many problems getting the ball against the Pies, so expect another big score.

Last week we faded Taylor Adams and he had another average game. He’s again overpriced, but we’ll leave him alone for this week. Instead, we’ll give the “Chump” award to Collingwood’s Will Hoskin-Elliott. This downhill skier cashed in against a hopeless Blues team last week with three soft goals that inflated his season’s fantasy average. Before that, he averaged just over 60 points for the first two rounds which isn’t enough to justify his $13.5m price tag. Will find life tougher against the Crows. Avoid!