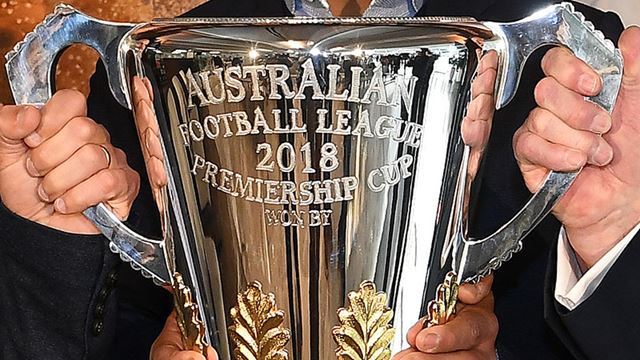 The stage is set for West Coast vs Collingwood in the 2018 AFL Grand Final! It’s been an incredible year for both sides and we couldn’t have two more worthy finalists fighting it out for this year’s premiership.

DFS sites across the country have upped the ante for the occasion, providing massive contests for us to indulge in.

PlayON have their own $5,000 contest running for the match. They’ve been holding qualifiers for the contest throughout the finals series, but it’s not too late to get involved! Also, if you play in any real-money contests in each of the F1 Russian GP (Race only), AFL Grand Final and NFL Sunday Main Slate, you'll receive a free $22 entry at PlayON!

Thanks to Fantasy Boss for providing us with great AFL fantasy insights each week and for another fantastic instalment for the Grand Final.

In both matchups this year West Coast have kept a high scoring Collingwood team to well below their season averages. In round 17, the players selected in the Collingwood side had a combined season average of 76, but on the day were restricted to an average of 65 (a difference of -12 points per player). In addition to this, in the first final they had a combined average of 78 and were limited to 68 (a difference of -10 points per player). Reading into these numbers, it’s evident that the possession style of footy played by the Eagles has restricted Collingwood from hitting par.

In both matchups, the Eagles backs have scored really well on Collingwood.

Over this two game sample size, each player’s scores are very consistent with each other and aside from Hurn, are also well over their season averages. All four of these players are viable options to hit value on Saturday. 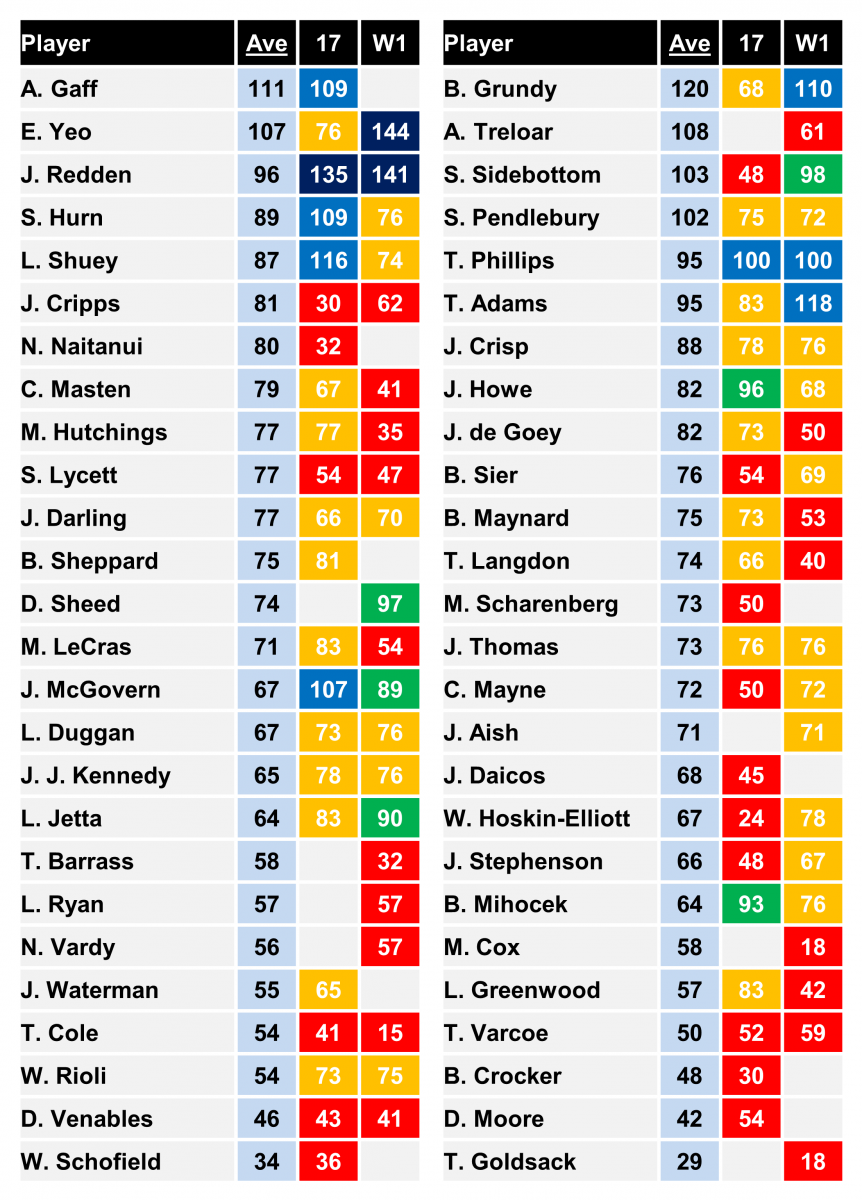 Luke Shuey is the midfielder that receives the most attention from the opposition, he has Finals scores of 74 and 73. He will likely have Levi Greenwood following him around.

Steele Sidebottom will be full of confidence after his second place finish in the Brownlow Medal count, but he will spend this week knowing the Mark Hutchings tag is coming his way on Saturday. The Eagles have a habit of tagging Sidebottom. In 2017 the only team to tag Sidebottom were the Eagles, who kept him to 71 points that day. This year, in Round 17 Hutchings smashed Sidebottom for 48 and in the First Final he kept him to 98. 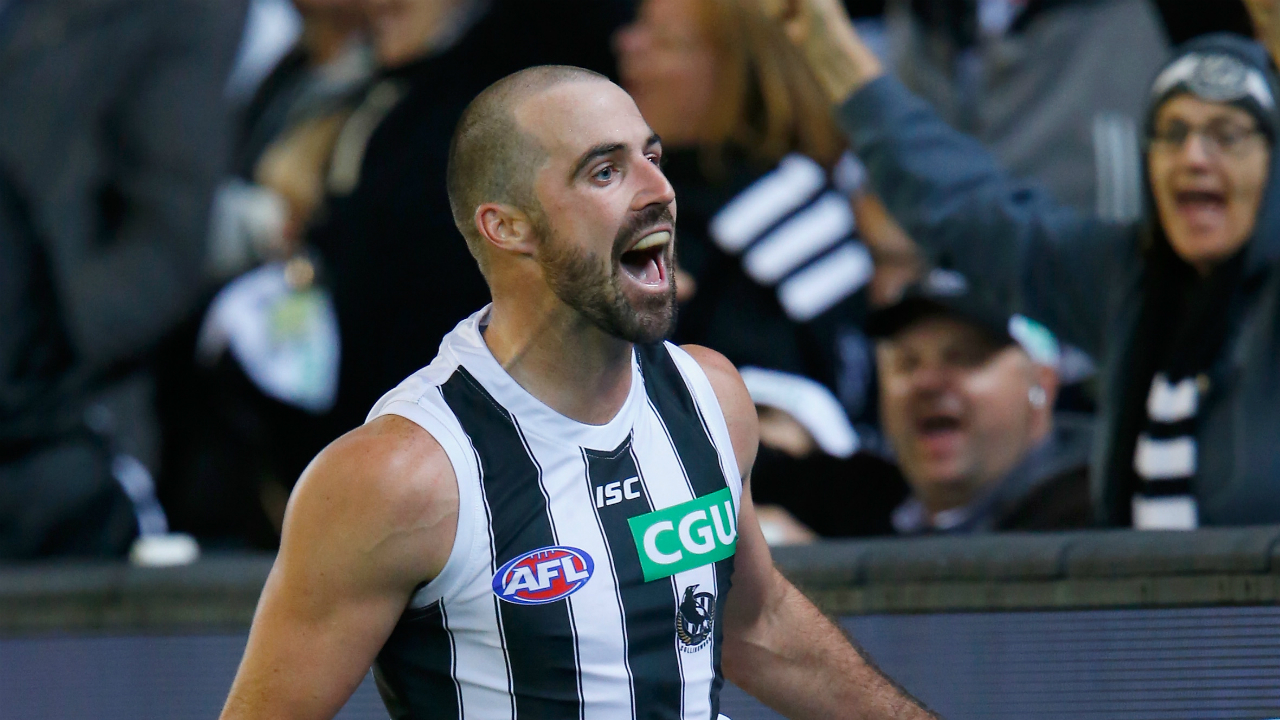 In the first final, Brodie Grundy had 48 hit-outs compared to Lycett and Vardy’s 14 apiece. Grundy has averaged 118 for the finals with scores of 110, 111 and 134, compared to his direct opponents who are averaging 76. Scott Lycett has had scores of 47 and 46 in his two finals games and Vardy scores of 57 and 29.

With the whole world now tuning in and chanting USA there may be temptation to chase another score from big Mason Cox. However, as we outlined with Weidemann last week, these forwards who have had decent scoring runs aren’t allowed the same freedom against the West Coast Eagles defence. Cox scored just 18 points in the first final from only 2 marks and 5 touches.

The Kennedy and Darling Factor

Main key forwards have had their  opportunities against Collingwood in the finals series:

We have heard plenty about the fact the Eagles are now 12-0 with these two playing, but let’s take a look at what they will offer fantasy coaches this weekend.

Josh Kennedy tops our value projections at 8.2x due to his $9,560 price tag. A score similar to his 2018 finals average of 86 will see him exceed this projection.

Jack Darling is not as clear cut and although we like him and his match-up against the undermanned Collingwood backline, you are battling against a terrible away record that has seen him average just 63, compared to 97 at home. Add to this the fact he has scores of 42 and 66 from his two games at the MCG this year. 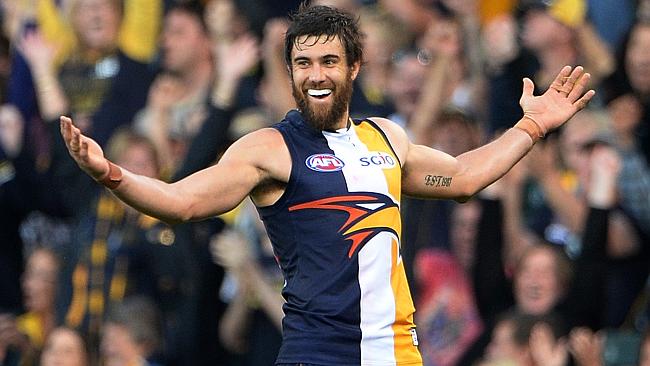 The cheat sheets below gives you everything you need to know to help you build your DFS line-ups for West Coast vs Collingwood on Saturday. 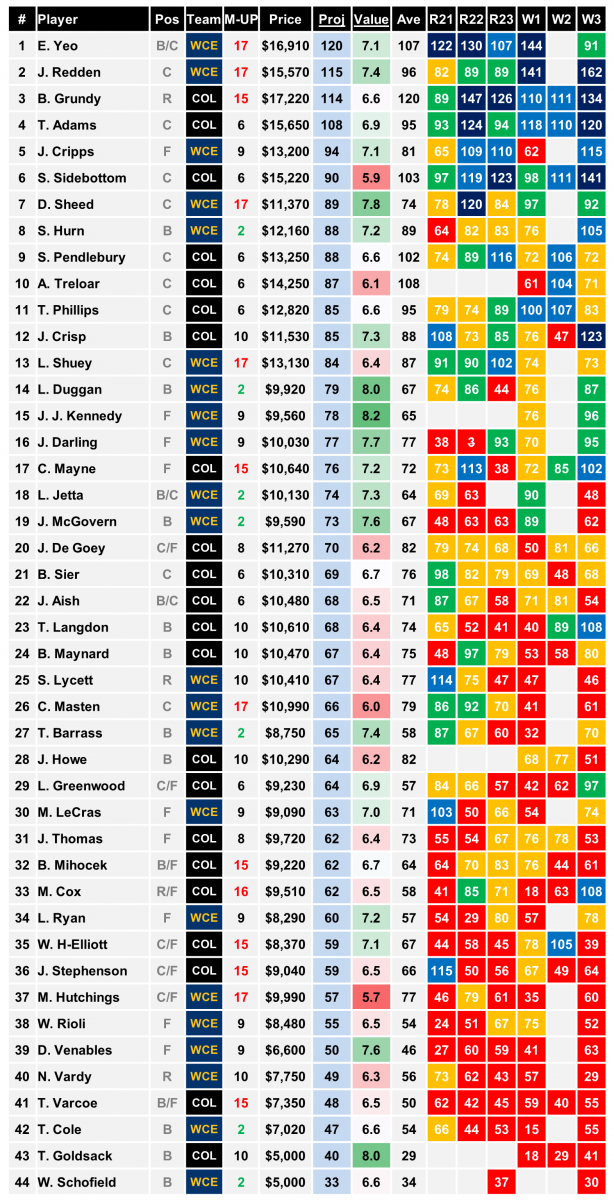 Here is the Moneyball Cheat Sheet: 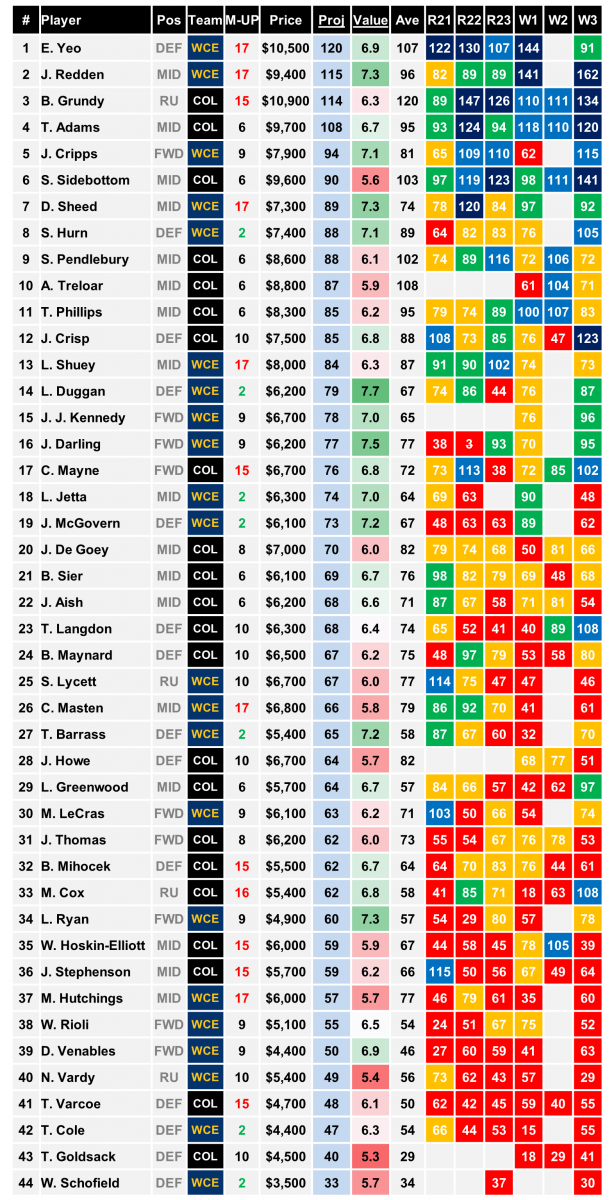 Here is the PlayON Cheat Sheet: 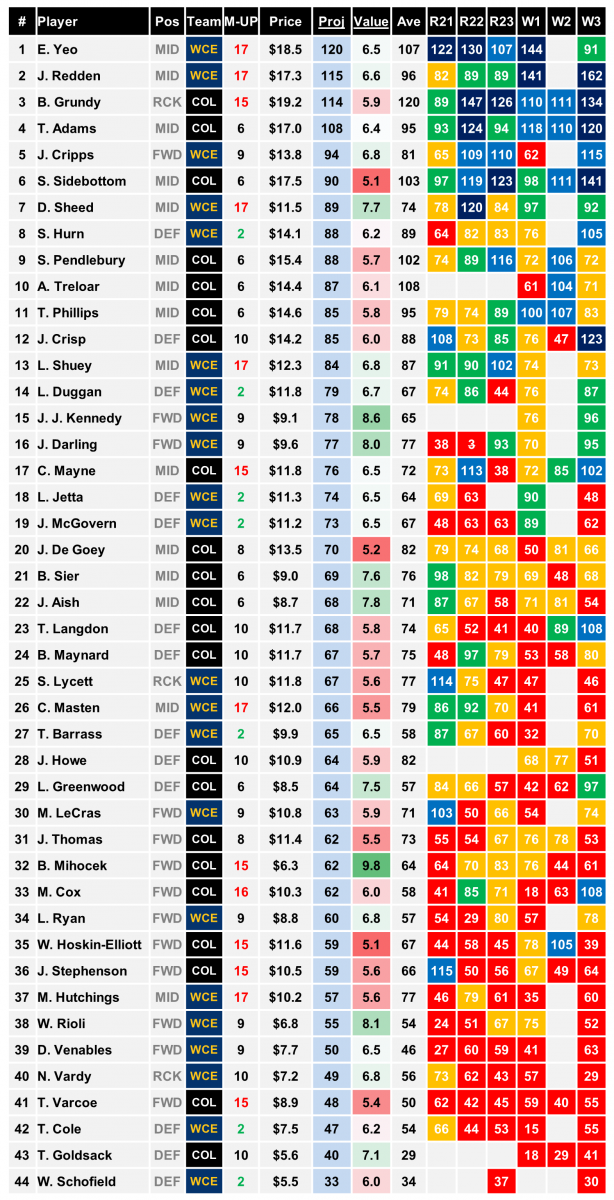