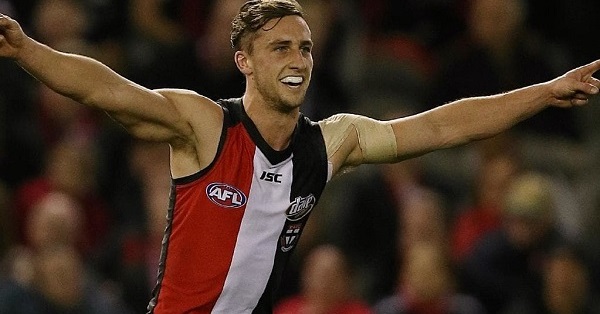 Disappointing result last weekend in our AFL fantasy player props as we hit on just one of three tips. We’ll look to improve on that this weekend as we present our tips for Round 10 of the AFL season which gets underway Friday night with the Magpies taking on the Bulldogs.

It could be the coming together of a perfect storm for the hottest player in the league at the moment, Jack Macrae, this weekend. The Dogs midfielder racked up 36 touches and 144 points last weekend in the wet weather and has now scored at least 140 points in his last four games! As we all know, Collingwood don’t play shut down rolls on opposition midfielders, and Friday night should provide fantastic conditions under the roof at Etihad. I like Macrae to outscore his opponent at CrownBet and even top the 8 player group for some value.

Surprisingly for the Saints, Luke Dunstan has probably been the standout midfielder of the season so far. He has scores of 102, 120 and 96 in his last three games and has regularly been the only saints player to stand up when they get beaten comfortably. One thing he is great at is racking up tackles. He averages 5.7 per game which is amongst the best in the league and should be amongst the action this weekend against the Tigers. Had 103 against Richmond in Round 23 last season.

Gibbs scored 111 on the weekend against the Dogs in wet weather but has a tough matchup against the Demons in Round 10, who are one of the better teams in the league at limiting opposition midfield production. His line of 107.5 is quite high considering before last weekend he hadn’t scored over 102 in his previous four games. I like the unders here as Nathan Jones will probably run with him on Sunday.