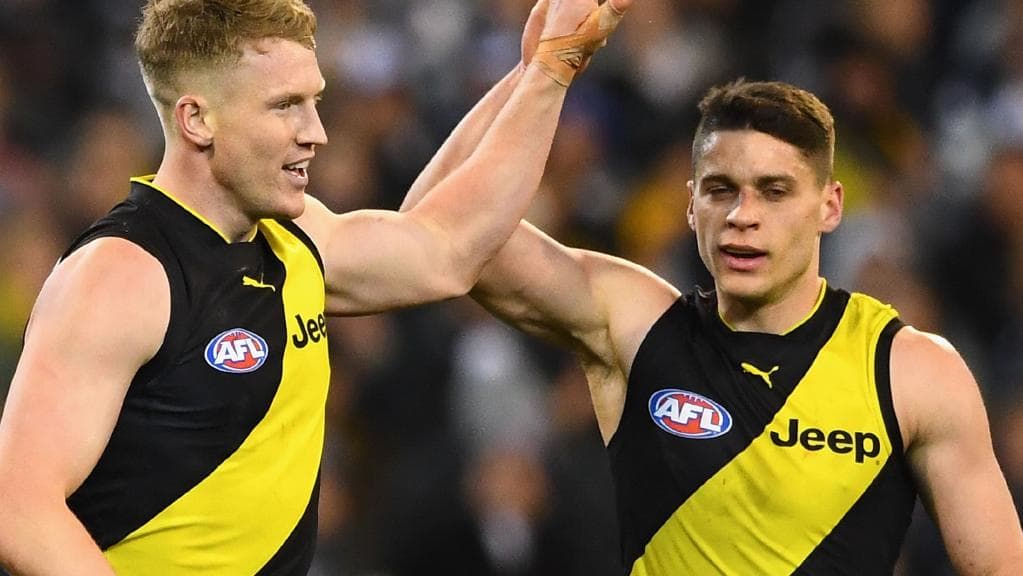 Round 19 of the AFL promises to be one of the best weekends of footy this year, as there are so many matches with huge finals implications. For the occasion, we’ve put together some of our best fantasy player prop bets. Good luck if following!

The first of our three plays of Round 19 is on Dion Prestia Fantasy Overs. He’s one of the Tigers best midfielders, but continues to fly under the radar in their star-studded midfield. Prestia has been building nicely since his return from injury four weeks ago scoring, 92, 98, 87 and 106. Not only is he in great form, he’s also coming up against a favourable matchup in the Magpies. Although the Pies have been terrific this year, they’ve conceded the third most points to the opposition’s top three midfielders (113 per game). Prestia definitely falls into that category, and without Treloar and now De Goey, he could be on his way to a big score.

Our next play comes from the Saturday afternoon match between the Cats and the Lions. The one that really sticks out for us in this clash is the Tom Stewart Fantasy Unders. Yes he’s a great player and yes he’s been in great touch this year, however, he comes up against a red-hot Brisbane Lions outfit who are the third stingiest team in the AFL when it comes to giving up points to opposition defenders. They allow an average of just 63 points per player to the opposition back 6 and have lowered that to 59 across the last 5 games. Simply put, he won’t be allowed to continually collect the loose ball across half-back that he’s been doing for most of 2018.

Our final play for Round 19 is on the Kade Simpson Fantasy Overs. Remarkably, Simpson is having one his best statistical seasons in his career at the tender age of 34. He’s averaging 98 fantasy points a game this season and has topped the 100-point mark on 8 occasions, including 4 times in his last 6. He’s also coming up against an extremely soft matchup in the Suns. The Suns concede the most total points in the league to opposition players by far, as well as the most points to opposition defenders, and the most to oppositions top 3 defenders. All this bodes extremely well for Kade Simpsons, who’s Carltons designated kicker from the defensive half.