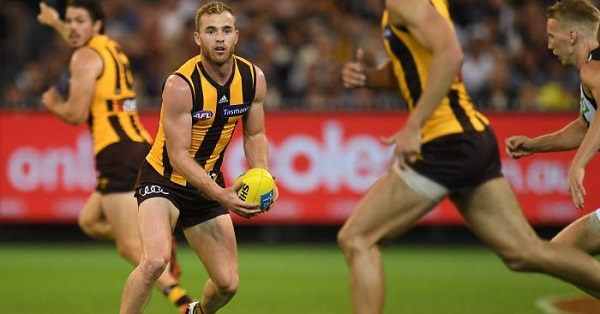 Great start to the year in our AFL Fantasy Prop bets as we hit on two out of three tips and just missed the other due to Paddy Ryder getting injured in his Round 1 clash against the Dockers. We’ll look to continue to provide winners this week as we present our AFL Round 2 Fantasy Prop Bets below.

Kelly faces the Magpies this weekend, who we are really low on after they allowed Tom Mitchell to run absolute rampant on them last weekend. Mitchell racked up 54 disposals and 156 fantasy points against a lacklustre Collingwood midfield and Kelly gets his chance this weekend. Although he played second fiddle to Stephen Coniglio on the weekend, Kelly still racked up 29 touches and booted 2 goals against the Dogs, accumulating 115 points in the process. He’s in a tough group this weekend but we think he has the best circumstances of all the players and represents excellent value. His career high score of 162 came against who? The Pies.

Mitchell has now elevated himself to a level of AFL Fantasy player that has never been achieved. All after just one round. Even in Gary Ablett or Tom Rockliff’s prime fantasy days they weren’t able to average the sort of numbers that Mitchell has over the past year. Racked up 147 against a full-strength Geelong line-up the last two times the teams met to go along with a 125 against them earlier in the year. Might not be ‘damaging’ in the eyes of some coaches but is stamping his name as the GOAT of AFL Fantasy. OVER, LOCK.

Billings exploded in Round 1 for a massive performance. He racked 26 touches and had five scoring shots for 2.3 finishing with 123 fantasy points. Kicking for goal has always been an issue with Billings but with more time in the midfield this year he should score even higher. North Melbourne have been on the end of some monster performances by Saints players in the past and Billings has cleared his 101.5 point line the last two times the teams have met. Love his value here.