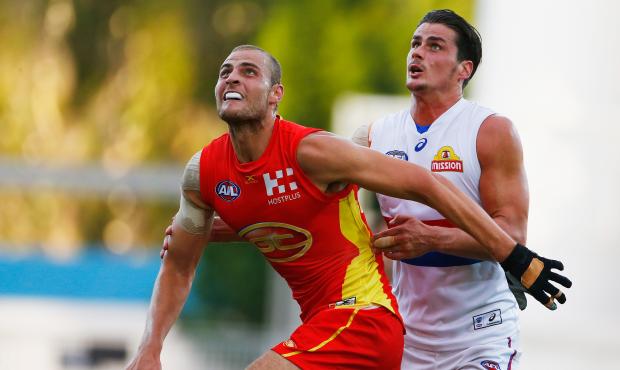 A disappointing week for us last week, but we're confident we can bounce back this week with some great plays for you on Saturday. Below, we present our AFL Round 21 Fantasy prop bets. Good luck if following!

Our first play on Saturday comes from the Gold Coast vs Richmond match at Metricon Stadium and it’s on Suns ruckman, Jarrod Witts’ Overs. He’s been one of the Suns shining lights this season and has established himself as a more than serviceable number 1 ruck option. He’s been in terrific form in the back half of the season, with a 108 fantasy average over his last 5 games, which is +13 on his season average. We expect him to keep the trend going this weekend when he comes up against the Tigers, who give up the second most points to opposition rucks per game this year. In games against the Bulldogs (Ranked 1st for pts conceded to rucks) and the Swans (ranked 3rd), Witts has posted scores of 131 and 132, respectively.

We’re prepared to give Dion Prestia another chance to hit his Overs this weekend. He dropped 4 points short due to picking up an injury in his last outing, but he’s back in the side now and is coming up against the softest matchup in the competition in terms of fantasy points conceded. Prestia’s form is trending upward, he has a last 5 average of 94, which is +9 on his season average. He’s also playing the Suns who will likely send their midfield attention to either Dusty or Cotchin, which will give Prestia all the space and time to get as much of the footy as he likes.

Our last play for Round 21 is on veteran Lion, Luke Hodge, to hit his Fantasy Overs. He’s one of several Lion defenders that has been in great form lately, which is one of the main contributors to the teams competitiveness. Hodge has a last 5 average of 93, which is +17 on his season average and is coming up against a Magpie outfit that gives up the second most points to opposition defenders in the competition. Hodge will look to capitalise on the extra space In defence, as he did in their earlier meeting this year where he scored 98.