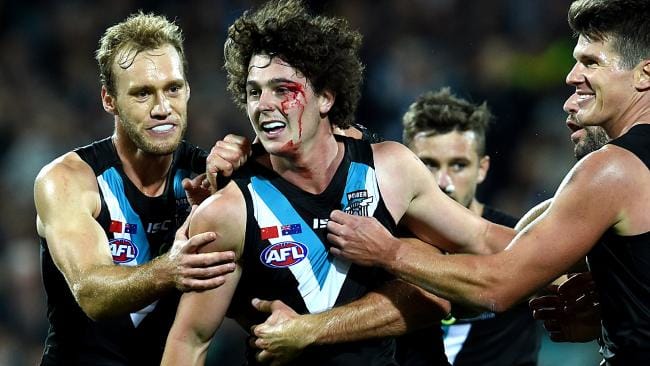 We're set for an exciting Round 22 of the 2018 AFL season, with so many do-or-die matches set to play out! To add to the excitement even further, we've provided our best fantasy player prop plays of the day for Saturday, August 18. Good luck if following!

Our first play for the Saturday slate is on Power’s Darcy Byrne-Jones to eclipse his ‘Overs’. This one is more of a play on the amount of fantasy points Collingwood have been giving up to opposition defenders than it is on DBJ’s form (although his form has been solid). The Magpies have given up the most points to opposition backs in the competition over the past 5 games, with them preferring to get men behind the ball rather than press, which we can’t see changing anytime soon as it has been working well for Buckley’s men. This bodes well for DBJ, who racks up solid numbers week in week out. He’s averaging 75 points this year and has scored 78+ in 3 of his last 5 matches.

Our second play of the afternoon is on Brad Hill to fall short of his fantasy line (79.5). Unfortunately for Hill, he’s endured an injury affected season, managing to play just 8 of a possible 20 matches so far. Over those 8 games he’s averaged 77 fantasy points, which is well down on last year’s average of 94. Also, like most Dockers, his road form has been down when compared to his Domain Stadium form. All 3 away games that he’s played this season have fallen short of his 77 season average, with his top road game being a 75 point effort at Etihad Stadium against the Bombers in Round 18. Further, he’s coming up against the Cats who will be trying their absolute hardest to ensure a finals berth.

Our final play of the day comes from the Geelong vs Fremantle match again, but this time it’s on the little master, Gary Ablett, to eclipse 112.5 fantasy points. Gaz has defied his critics this year in a terrific season, where he’s been able to play 16 of a possible 20 matches to date. He’s the Cats top fantasy point scorer with an average of 105 points per game, which includes 11 x 100+ scores and a huge 152 last weekend against the Hawks! Ablett is also a big game player and thrives under pressure, which is why we are happy to back him in this weekend in a must-win match for the Cats.