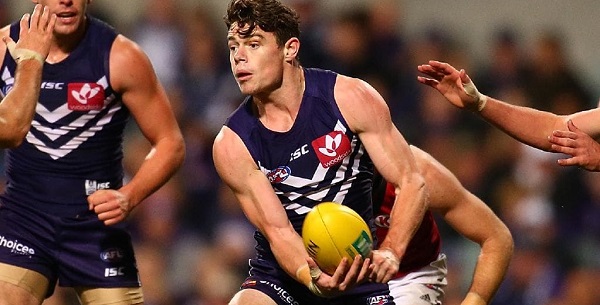 One win and two losses in last weekend’s AFL Fantasy Prop bets to take our season tally to 6-6. We’ll be looking to improve on that this weekend as we provide our best fantasy prop bets for Round 5 of the AFL below!

All of our fantasy prop bets come from CrownBet, which have a great range of markets in player over unders and fantasy groups!

Neale has been one of the most consistent scorers in AFL fantasy over the past few years and already boasts three scores of 100+ through the first four games. Comes up against the Bulldogs at home this weekend who are in the top half of the league in terms of fantasy points allowed. Loves playing in Perth and should clear a 103.5 line this weekend.

Gray had a monster game last weekend against the Bombers, racking up 39 disposals and 117 points. Spent more time in the midfield than what we’ve seen in a long time and 27 of his possessions were handballs. Should get more kicks this weekend and is always a threat to kick a few goals. His line of just 100.5 seems low.

The fantasy star returned to his dominant ways last weekend, racking up 121 points against the Power in the win. Has a great matchup against the Pies this weekend who famously don’t tag and had a whopping 137 in the Anzac Day clash last year. The two teams met again in Round 16 and Merrett had 105 so should be a good chance this weekend against Dustin Martin, who spent a lot of time forward in Round 4 and could cop the Nathan Jones tag that held Tom Mitchell to just 83 points on the weekend.