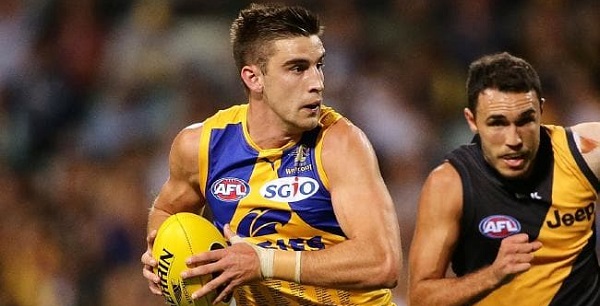 We hit on two out of three tips in last week’s AFL Fantasy Prop Bets article and we’ll be looking to add some more winners this weekend as we present some of our best bets from CrownBet for Round 6 of the AFL below.

After a tough start to the season, Yeo has bounced back over the last two weeks to record scores of 138 and 108 against the Suns and Blues respectively. Matches up against Fremantle this weekend who have allowed more fantasy points than any other team in 2018. Yeo’s line is still under 100 due to the poor start to the year but we think he passes that comfortably this weekend.

By his loft scoring standards, Ollie Wines has really struggled over the last three games. He has scores of just 77, 83 and 89 in those games and gets another tough matchup this weekend against the Roos, who have a primary tagger in Ben Jacobs but are also one of the more restrictive teams in the league, allowing the 5th least fantasy points so far this season. With a line of 98.5, we think Wines might struggle here.

Without running mate Tom Scully alongside him in the midfield, Callan Ward has dominated over the last three weeks, picking up scores of 108, 115 and 114. While Josh Kelly could return to the line-up this weekend, Ward has a relatively easy matchup against the Lions, one that GWS should win comfortably. A touch of rain in Sydney only increases Ward’s scoring opportunity, as he loves a scrap and generally has high tackling numbers.