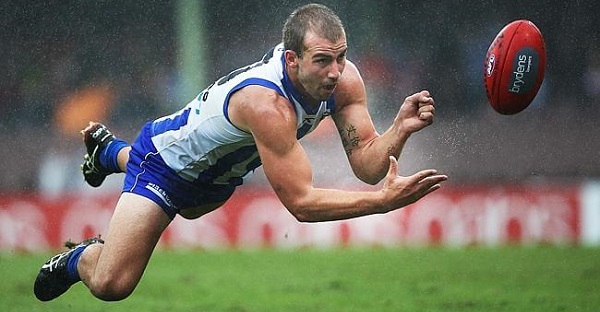 We hit on all three fantasy player prop bets last AFL round in what was a profitable weekend! We’ll be looking to continue our momentum this weekend as we provide some of our best fantasy player props in Round 9 of the AFL below.

Cunnington went off last weekend for 38 disposals and 139 fantasy points. Amazingly, he became the first person in AFL history to surpass 30 contested possessions in a game as he racked up 32. Rainy conditions are forecasted in Hobart on Saturday which should play right into Cunnington’s hands. Expect him to rack up a bunch of tackles here and surpass the 94-point line.

Robbie Gray was fantastic last weekend, but still had to kick six goals just to score 104 fantasy points. The Power face Gold Coast in China this weekend and I feel that Gray’s services wont be required in the midfield. He scored in the 60’s in both games against the Suns last weekend, I think he goes under this weekend as he takes a back seat in a big Power win.

Throughout all of the Saints struggles this year, Ross is still averaging over 100 in AFL fantasy and has had a pretty comical run of scores. Through the whole season, Ross has gone one good game followed by a bad game. His scores so far this year in order are 123, 91, 132, 67, 118, 78, 121, 82. Law of averages say a big one is coming up and has the benefit of playing Collingwood, who famously let opposition midfielders run riot. Ross had 120 on the Pies last year and should be set for another big one.