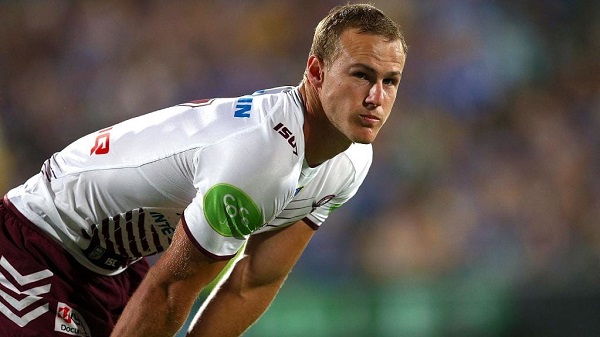 It’s another triple-header of NRL action on Saturday which starts on the Gold Coast with the Titans and Knights desperate for a win. Speaking of desperation, the Cowboys will need to show some form against the red-hot Rabbitohs. The night of NRL action concludes in Melbourne with the rivalry between the Storm and the Sea Eagles.

Cameron Smith is out of the lineup but the Storm are still favoured in the betting. To give you some extra enjoyment for this Saturday, why not enter a couple of teams in the NRL fantasy $10k Qualifier at PlayON? We’ve given you a head start with our Chalk, Chance and Chump article picking out the best and the worst for your team lineups this Saturday.

The Chump of the week will go to Sea Eagles halfback Daly Cherry-Evans. For his price tag of $18.3 million, you’ll be getting a player that can struggle to score over 1000 points. He has scores of under 1000 points in 3 of his last 4 matches. I think the trip to Melbourne is always tough and I doubt he can outscore many of the cheaper halfbacks on offer. In season 2018, he’s also ranked inside the top 10 for errors made and he’s conceded 10 total penalties. So that doesn’t help his cause in Fantasy. In the end, I would look at Ben Hampton from the Cowboys, who could outscore Cherry-Evans for a lot less price.

In two games for the Rabbitohs this season, Campbell Graham is averaging a whopping 1107 points. Last week against the Dragons, he recorded 1010 points, which included a try and 99 metres gained (495 pts). He’s averaging a tick under 100 run metres gained in both matches. So on Saturday, he should enjoy facing the Cowboys defence as they’ll likely struggle to contain him on the edges. For $6.7 million, he should be a popular option in the second Outside backs position.

Titans forward Jai Arrow is back from injury and he offers very good value for his price tag. Before injury, he scored around 1700 points in back to back weeks. Now against the Knights, he should enjoy plenty of run metres. They’re ranked last in the NRL for runs metres conceded. He usually gets around 170 run metres per match, which will earn just under 1000 points alone. He’s a solid tackler and he can also break the line. Not to mention the motivation of earning a Maroons call-up. So for $14.4 million, he’s a good value pick in the forwards.