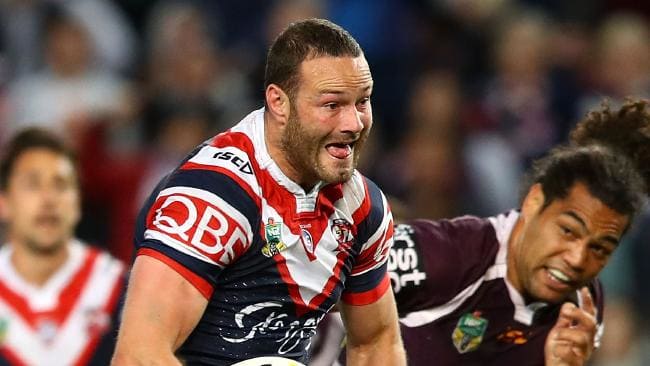 Friday night footy ends with a blockbuster NRL clash at Allianz Stadium as the 2nd placed Panthers head East to face the Sydney Roosters. The two sides played in a 14-12 battle last season (Roosters won), so it’s a high chance this will be another close encounter. To give you some extra enjoyment for this Friday, why not enter a couple of teams in the NRL $25,000 Super Contest Qualifier at PlayON? We’ve given you a head start with our Chalk, Chance and Chump article picking out the best and the worst for your team lineups this Saturday.

The Roosters skipper is a very reliable option in the forwards. He has beaten his average of 1354 points in his last 2 games. Last week, he was rested for the Knights clash after State of Origin duties, which will give him an extra boost for this matchup against the Panthers. He plays the 80 minutes every week and doesn’t make many skill errors. In his last 4 games, he’s made just 1 total error, so he should be a popular forward option this week.

With the retirement of Peter Wallace during the week, Sione Katoa now has the number 9 to himself, which should give him extra motivation to play well through the rest of 2018. In terms of his price tag, I believe he is the cheapest starting forward that can be picked. He can score over 1000 points, which he did a few weeks ago against the Tigers. Lately, he’s been playing around 60 minutes so hopefully he can find an extra gear and play out the 80 minutes. In the end, I think he’s a good chance to score around 1000 points in the 3rd forward position.

A very tough choice this week but Latrell Mitchell is expensive for his Fantasy production. He has scored just over 1000 points in his last 2 games but you can upgrade to either Blake Ferguson or James Tedesco for more points and just a little more price. He also scored just 760 points in his last Friday night game and I’m expecting the Panthers to aim to up the defence to stop Mitchell this week. He’s also prone for making errors (4 in his last Friday night game) and he’s the equal most penalised player for the Roosters this season (14).