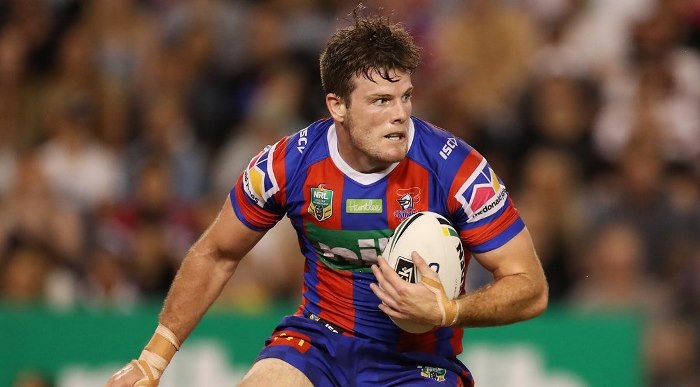 A big night of NRL action will take place this Friday night, when top 8 aspirants, Newcastle Knights and Wests Tigers do battle at McDonald Jones Stadium.

The Knights are in 11th place and still a mathematical chance of reaching the finals, while the Tigers are in ninth place and 2 points closer to a finals spot. Both sides need the win if they are to be a serious chance of playing beyond Round 25.

Games between these two sides in recent times have been entertaining and free flowing contests, which has seen plenty of NRL Fantasy teams benefit from players in this clash in the past.

Here at Daily Fantasy Rankings, we’ve taken a look at the prices on PlayON and have selected our picks for “Chalk, Chance and Chump” to help you with your fantasy NRL lineups. There's qualifiers running to the end-of-season $25,000 NRL Super Contest, and time is running out to qualify!

Fitzgibbon is a proficient try scoring edge back rower, however his performances in 2018 have been markedly better when he’s played alongside Mitchell Pearce. 7 of Fitzgibbon’s 9 tries this year have come in games when Pearce also played. When you couple this with his tradesman style, making plenty of tackles and showing no reluctance to hit the ball up, he is at worst, consistently reliable and at best, capable of scoring big points. He’s well worth the $19.4 million price tag, especially when he’s scoring on average, 1381 points per game.

Despite playing just 6 games this year, Farah has been in great touch. He’s regularly scoring strongly in Fantasy leagues while still being comparatively cheap to buy, at just $11.2 million. Farah has never been afraid to do the dirty work in defence and regularly chalks up hefty tackle counts. He’s also a very good ball player and consistent ball runner. The Tigers pack is one of the strongest in the clubs history, which only serves to help Farah’s game. The Knights are a side that have shown signs of fading late in matches, while the Tigers have developed into a side that is more consistently performing solidly for the full 80 minutes. Farah could well take advantage in the second half and play a big hand in the Tigers attack. He has the highest average score of all players in this game, churning out 1479 points on average.

Despite being a defensive player, which is a trait that tends to score well in Fantasy leagues, Taylor’s scoring has been middle of the road in recent weeks, down on his usual average of 1055. His asking price is a bit lofty too at $14 million. With this game expected to be rather free flowing and open, he’s not expected to score too well here.