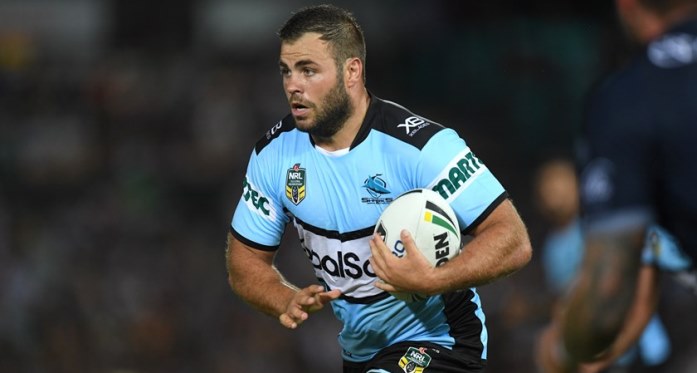 Current day rivals Melbourne Storm and the Cronulla Sharks are set to do battle again this Sunday in another blockbuster game in Round 22 of the NRL.

The Sharks have narrowly lost their two games to Brisbane (by 2 points) and last week Manly (by 1 in Golden Point) while the Storm’s 8 game winning streak ended last week at the hands of the high flying Rabbitohs.

We’ve run our eyes over the players at DraftStars and have picked out three players for you to have a look at for different reasons, so as to help you pick your daily fantasy squad for this match.

At DraftStars $15 will buy you a share in their $2000 prize pool for this match.

Head on over now to pick your side for a chance to win!

Chalk – Andrew Fifita (Sharks)
The Sharks big man has been playing more minutes this year which has seen him rack up some might scores in the process. He’s a consistently high scoring player too which means he’s a safe investment with good returns. He has averaged 60.2 for the year and his recent form has him at a slightly better 61.7. He’s well worth the $16,540 outlay.

Graham has an injury riddled year but made his return last week in a brilliant performance. While his season average is low by his standards, at just 37.9, his current form sees him averaging well up at 53 points per game. With a price tag of $12,310, he’s worth a chance, especially in this battle where the forwards are expected to get plenty of ball.

The young Sharks centre will be up against one of the best edge defensive combinations in the game here. Given he is currently down on his early season form, his $11,100 price tag seems a bit high for a player who has averaged 39.4 in recent weeks and only slightly better at 41.9 all year.