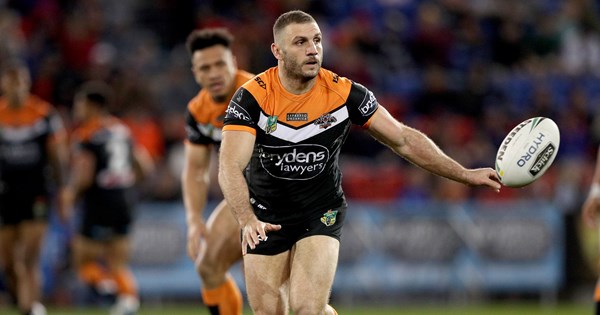 Round 24 of the NRL kicks off on Thursday night with an important clash for both sides. The Wests Tigers are clinging desperately to their slim finals hopes and must win here, while Manly need a win to help them avoid claiming their first ever wooden spoon.

The Tigers have won 4 of their last 6 games, however they are coming off a last start loss to the out-of-form Dragons. Manly lost a high-scoring contest with the out-of-sorts Titans 42-34. Defence is the key focus here. The Tigers have the third best defence, bettered only by the 2nd placed Roosters and first placed Storm, while Manly have the worst defence in the NRL.

At PlayON they have a number of competitions taking place, including an opportunity to partake in their $25,000 NRL Super Contest, which will take place on Saturday.

Places are filling up fast so make sure you get in quick!

Jake Trbojevic has had another great year despite his side struggling for form all season. He comes at a hefty cost of $23.4 million. But his average of 1503 is very impressive, as is his consistency. Over his last 9 games he has scored between 1330 and 1975 points. He scored 1280 in his match against the Tigers from earlier in the season against a Tigers side and defence that was considerably better than it is now.

Farah’s average is a very strong 1333 points, however he costs just $11.4 million, largely due to the fact that he missed most of the first half of the season when he was at Souths playing lower grades. Since moving to the Tigers mid-season, he has been in the run-on side and performing brilliantly. A solid defender, good kicker and playmaker, he has achieved just over 1000 points in all of his last 3 games.

The impressive young Tigers forward has been down on form recently, with his 2 games producing scores under his average of 674. Given his lofty price tag of $14.3 million, there are better options available that also cost less.