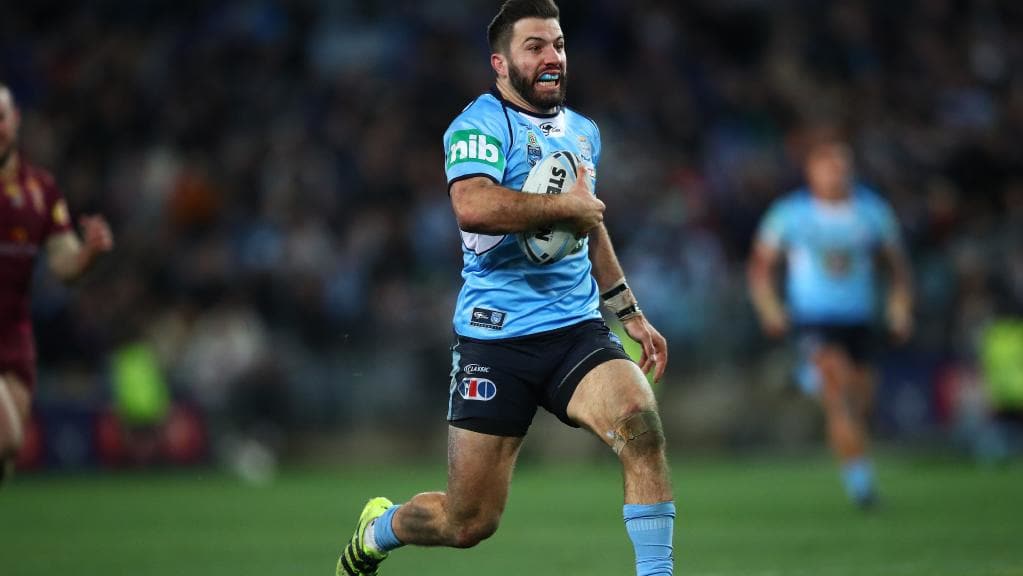 Origin game 2 is here and the Blues will be looking to take the series when they take on the QLD Maroons on Sunday night at ANZ Stadium.

We’ve brought you another edition of our fantasy lineup tips to help you select you team for the 30k contest at Draftstars!

You just can’t look past Tedesco after his man of the match performance in game 1. QLD will likely attempt to block him out of the play this time, but he’s just too classy of a player to be stopped. In game 1, he racked up 107 points which included a try and a try-assist as well. So he’s first picked in my team that’s for sure.

Holmes is next picked in my side and he’s coming off a very respectable score of 52 points. For his price tag of $8,700, I believe he’s underpriced for his potential. He scored again at Origin level in game 1, albeit by an intercept. But he’s now scored 5 tries in 4 Origin games. He also did the goal-kicking in game 1, which is an added bonus.

In the centres, I’m going with Dane Gagai over Chambers or Roberts. He doubled both of their scores last game and he’s available for almost the same price. His score can also improve after he made 2 errors and 4 missed tackles. So I’m hoping he can be error free this Sunday for 30+ points.

In the halves, it’s pretty hard to get Maloney or Hunt for their price so this is based on potential. Cameron Munster couldn’t really get into the game last time out so I think he’ll be motivated to improve on that performance. He’s in good touch with the Storm at the moment and hopefully that translates into Origin game 2.

After Tedesco, Tyson Frizell should be 2nd picked in your team. He was in everything during game 1 and was the top scoring second row forward. I went with de Belin last game but I won’t be making that mistake again. He’s incredibly reliable after making 46 tackles with just 1 missed tackle in his total of 62 points.

I’ll have to look to the QLD bench for my next player and it’s a tough pick between Arrow or Hess. But I will stick with the reliable Jai Arrow. He’s been a gun at the Titans this year and he was very solid in game 1. He made 22 tackles and ran for 62 metres for a score of 28. If he gets more game time in game 2, I expect him to score over 30 for a decent price tag.

Between Cook and McCullough, I’m sticking with Cook once again. In his Origin debut, he outscored McCullough by 30 points, so he’s well worth the extra price tag. He exploits the QLD forwards around the ruck, has a respectable kicking game and that should continue on Sunday.

Jarrod Wallace has been very vocal in the lead-up to this game and I’m expecting him to stand up with QLD’s series on the line. In game 1, he was pretty quiet with just 52 run metres and 2 missed tackles. But as he showed against the Bulldogs recently (168m, 40 tackles), he should rebound on Sunday.

Last but not least is the 31 year old debut of Matt Prior. Coming into at $10,200 for a starting forward is a very good price. Obviously, his scoring potential in Origin is unknown at this stage but he’s been waiting a very long time for this chance and I don’t see him putting in a bad performance.