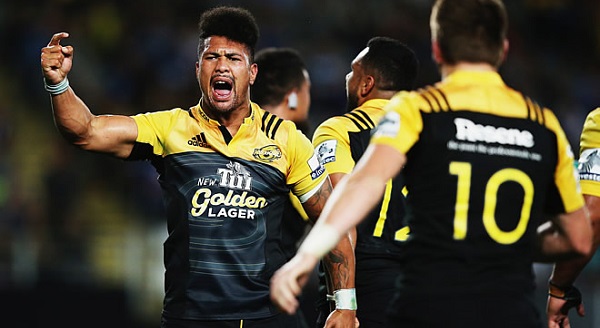 Round 15 of the Super Rugby begins with an absolute blockbuster at AMI Stadium as the two best teams in the league face off. The Hurricanes are on a 10 match winning streak but they will face a huge challenge against the 10-2 Crusaders. The double-header ends in Melbourne as the Sunwolves head to Australia with a rare winning streak. They’ll also be looking for their first win as an away team in Super Rugby history (0-19).

To provide you some more enjoyment for this Friday, why not enter a couple of teams in the Super Rugby fantasy $10k Qualifier at PlayON? We’ve given you a head start with our Chalk, Chance and Chump article picking out the best and the worst for your team lineups this Friday.

Bridge is the second highest Back 3 player by price but for good reason. In his last 3 matches, he has scores of 825, 1160 and 865. In his last match against the Crusaders, he scored 875 points. So he’s proving to be a consistent Fantasy performer. He should be a popular option in the Back 3.

For just $6.6 million, the potential for Ruru the score over 400 points is high. Since he’s done just that in 3 of his last 4 matches. He can also hit the try-line as he did last month with a total of 750 points against the Bulls. So he’s a good chance this week in your Super Rugby lineup and should be popular in the Scrum Half position.

The chump of the week goes to Amanaki Mafi from the Rebels. He is the most expensive player this week and his discipline is a real concern for Fantasy footy. Last match, he earned a Yellow card and he’s given away a huge total of 13 penalties in his last 5 matches. Which makes him the most penalised player in Super Rugby this season. He also scored just 580 points against the Brumbies in the Rebels last match. So watch out because he’s a huge risk for that price tag.