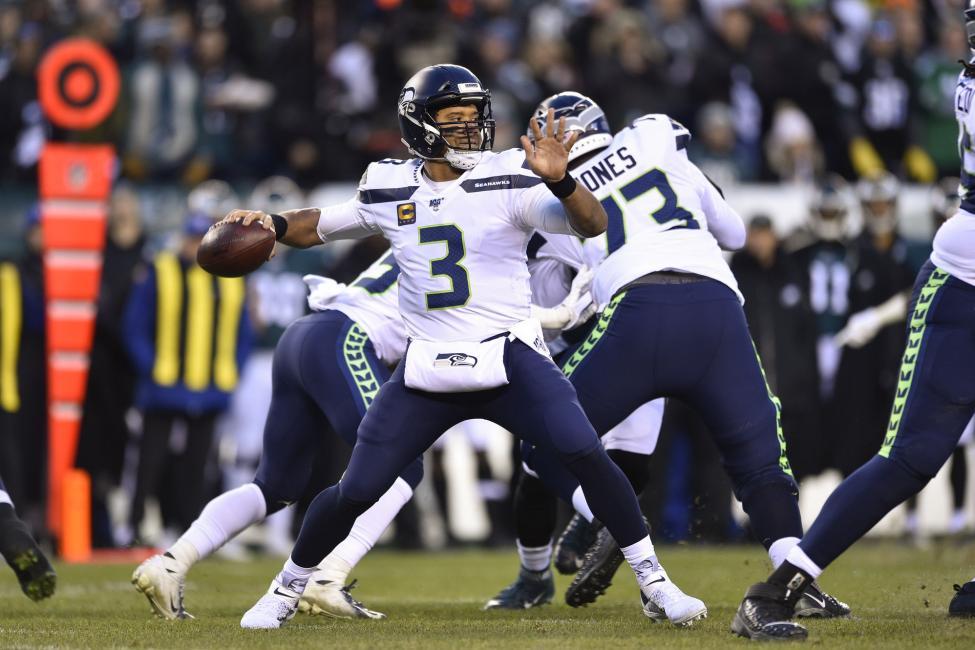 Another week in the 2020 NFL Playoffs, another $2,500,000 on offer at DraftKings in their major football tournament of the weekend. Four games will be played over Sunday/Monday (AEDT) in the divisional round of the NFL Playoffs and the feature DraftKings tournament will span across all four games.

As usual, we have a breakdown of our best fantasy tips for the weekend’s action below! 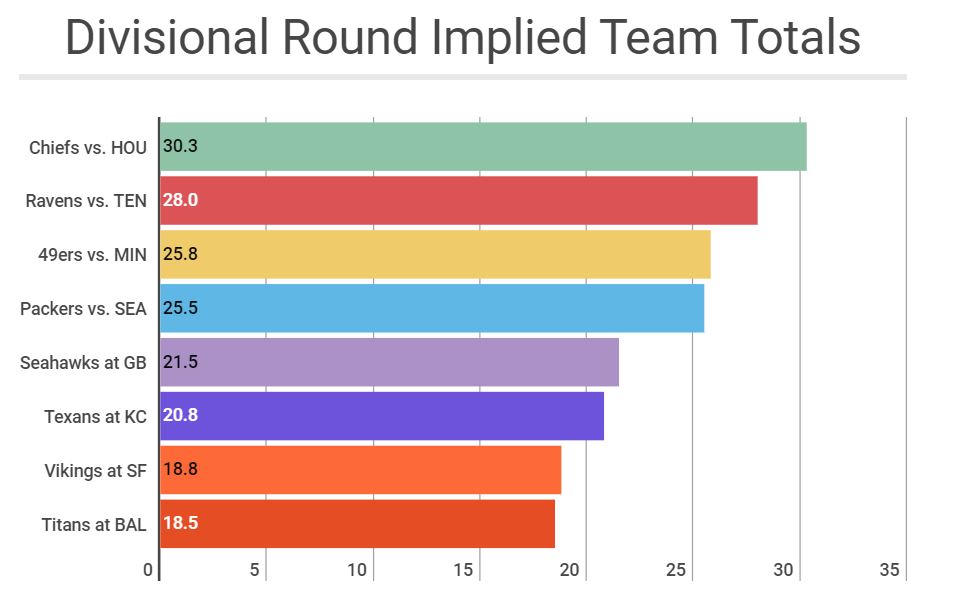 Injuries on the slate to monitor

With the exceptions of Ingram and Fuller who will be game time decisions, I expect the remaining players on the list to be good to go.

After overcoming a massive road dog status last week, the Minnesota Vikings are up against it again in San Francisco. A 7 point spread on the road against a very tough 49ers team. Looking at the remaining matchups, apart from the Seahawks and Packers (4 point spread), the games are not that close.

With only 4 games to attack I am going to pick the narrative that I am most comfortable with and will attack the Chiefs who host a banged up Texans team. No harm in doing the same for the Ravens and the 49ers but will try an eek out what I can from Kansas City.

Whilst it would be a more obvious choice to go with Lamar Jackson, my feature stack includes Mahomes. Out of the 8 teams this weekend the Texans passing defence is ranked 26th in the league DVOA for the pass and 22nd for the run. Two elements that Mahomes excels in. Although his stats have been lower since returning from injury, the week off here will pay dividends.

Mostert finished the season well for the 49ers with a 2 TD effort against the Seahawks and will be the number 1 back against the Vikings. Safe option where the run in the name of the game in San Francisco.

“Beast Mode” look like he was having a dirty day against the Eagles last week until he took hold of his opportunity in the Redzone. With coach Pete Carroll stating Lynch should be in for some more work then Lynch could possibly be a nice value play on this slate.

Stacked with Mahomes, Hill is up against the weakest secondary out of the remaining teams in the playoffs. As mentioned the Texans are 26th in the league against the pass. Similar priced options in DeAndre Hopkins and Davante Adams are at the same price points, their matchups are significantly harder. We can look to Hill’s big play ability which was on show back in Week 17 against the Chargers.

I do want a little exposure to the Ravens game and the cheapest piece is the WR in Brown. More of a tournament dart throw here but if the Ravens get on a roll on offence then Brown could pop for a score or at least multiple targets.

Samuel capped off his brilliant year by receiving over 100 yards receiving and 30 yards rushing with 2 TD’s back in Week 17. The 49ers should get the job done at home this week and Samuel will be apart of this offence for many a year. At a very nice price on DraftKings he should end up in many lineups this weekend.

Running the KC stack back with a wide receiver from the opposing Texans, Fuller is likely to be inserted back into the starting lineup after being out for the previous two games. If the Texans do get behind, QB Watson along with WR Hopkins will be busy throwing the ball. However place Fuller in the Flex spot just in case Fuller does not get up for the game.

Round out the QB-WR-TE stack, Kelce has 20+ upside in this Chiefs offence. Again we can ignore the Week 17 performance due to the game narrative that played out (KC scored on a Special Teams TD). Kelce is an exceptional spot and will have plenty of Redzone opportunities. 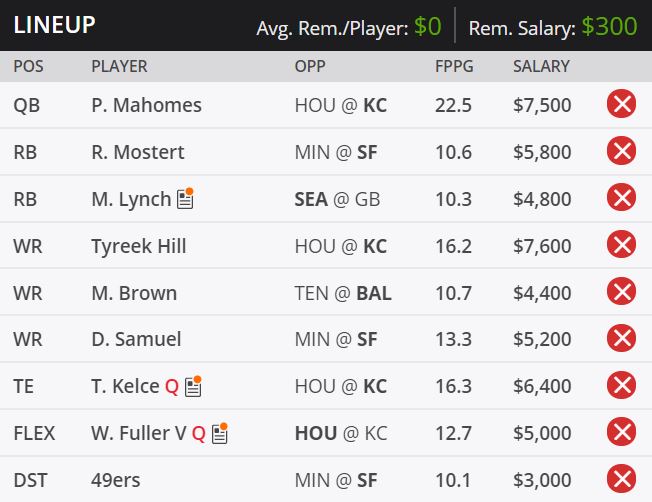