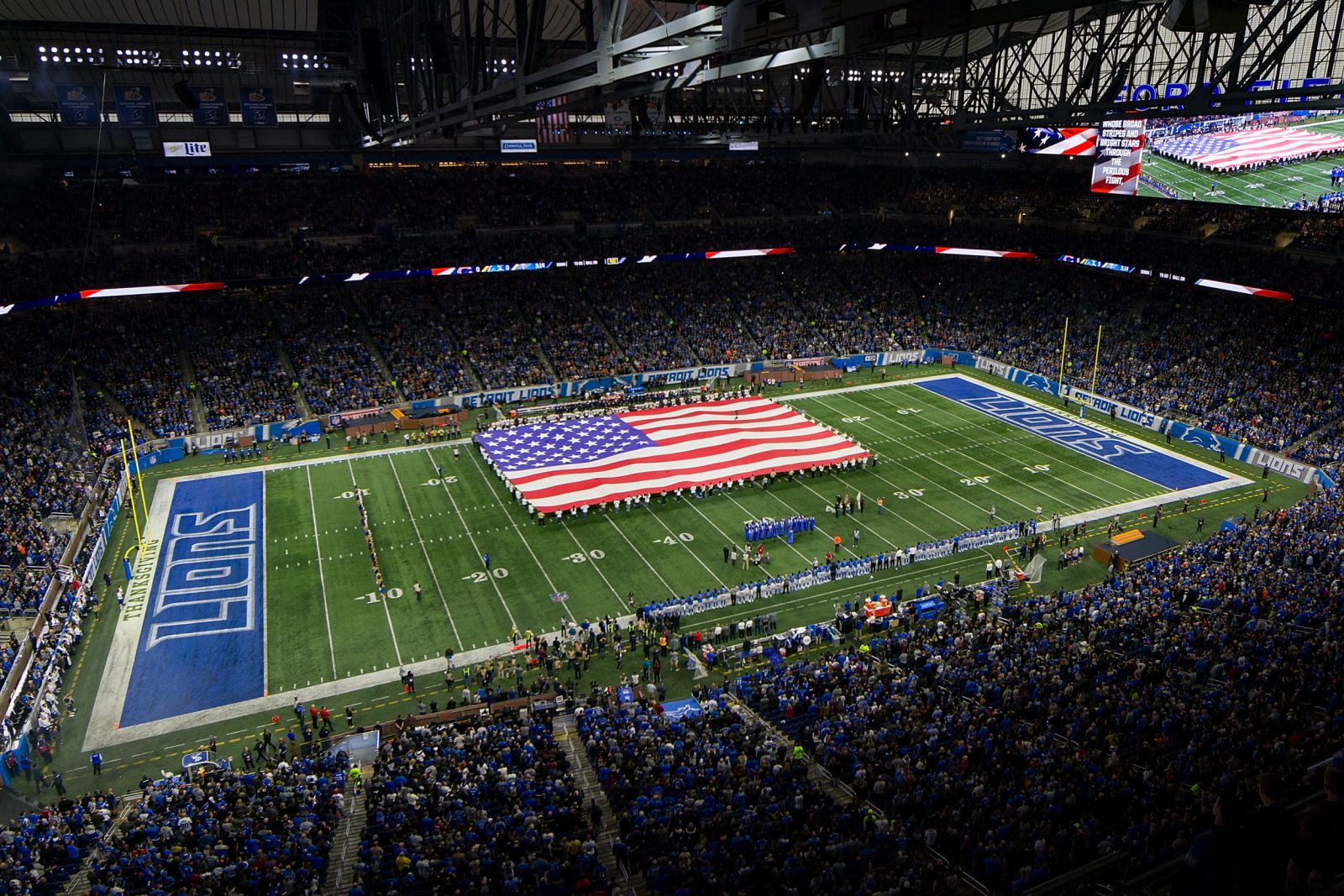 It is Thanksgiving in the USA which means the tradition of NFL throughout Thursday (Friday morning in Australia). A special three game slate with games back to back starting at 12:30pm ET in the US (0230 AEDT on Friday morning). DraftKings have put up the special $1,750,000 ‘Wishbone Classic’ which rewards 1st prize of $300,000 USD! There are plenty of tournaments for all buy-in levels and action is also available on Moneyball and Draftstars.

QB Matt Stafford (Out - Back)

The final game of the slate between the Saints and Falcons is likely to be favoured for DFS although the Cowboys and Bills does have the potential to get out of hand after the Cowboys were restricted to Field Goals in the rain at New England in Week 12. It is likely to be an attacking struggle for the Lions and Bears with only 39 points posted by Vegas. Plus we need to see if QB2 Jeff Driskel gets up from a sore hamstring.

I like the revenge game narrative for the Saints after their surprising loss to the Falcons back in Week 10. The offensive line has put an end to the sacks Brees suffered in that game and will simply have more time to access his star attacking receiver core and RB Alvin Kamara. With only 6 QB’s on the slate, Brees has the potential to easily cover all 6.

The Cowboys had a rough time in the rain in New England but now come back to Texas with the nation interestly looking on. Elliot is pretty much the safest play on this slate with the Running Back looking to eclipse 100+ rushing yards for the first time since Week 9. The Bills rush defence is middle of the road and the bonus of the passing game may get Elliott to a slate leading fantasy score.

With the Lions at home and a sputtering Bears offence, I am looking for value with Detroit's running back in Scarborough. If the Lions can get out to an early lead, we should see Scarbrough continue to get plenty of opportunities. Whilst he is not heavily involved in the passing game, Scarbrough did have 18 carries for 98 yards against the Redskins in Week 12. With QB Driskel now out, may see more production on the ground.

The number 1 Wide Receiver in the league is my 1st pick in fantasy formats. Thomas has received double digit targets every week since Week 5 and hasn’t dipped below 20 fantasy points since Week 6. Really expensive play but certainly a worthwhile investment.

Running the QB-WR stack (Brees-Thomas) back with the “likely” number 1 WR in Ridley. Julio Jones is currently Questionable with a shoulder injury. If Jones is out then expect Ridley to be a popular but well worth the salary play. Ridley has the potential to be targeted over 15 times if the Falcons fall behind to the Saints early.

All receivers from the New England game all had a down day due to the rain but should all bounce back at home. How much is that bounce will be difficult to predict as they play an exceptional Bills secondary. His price on DraftKings make him affordable to roster. I am worried about the matchup but with the Cowboys in the mainstream media I am hoping plenty points from Dallas on the scoreboard

20 targets in the past two weeks means that Miller is a volatile value option for the Bears. He can however receive no attention at all from QB Mitch Trubisky. Cheap enough to throw a dart at where we hope the Bears are chasing the game.

Bit of a waste land at the TE position for this slate. Atlanta’s Austin Cook and Saints’ Jared Cook are preferred options but could not afford in this team. Whitten is the safer play of all the TE’s below him. If we get a Touchdown from Whitten then happy days!

Running back Scarborough with the Lions defence on the lowest game total on the slate. Let’s hope the Lions D can pick off Trubisky for a pick 6! 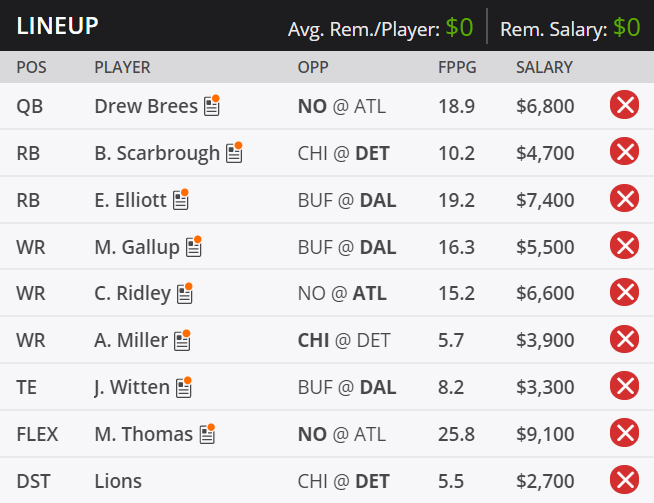