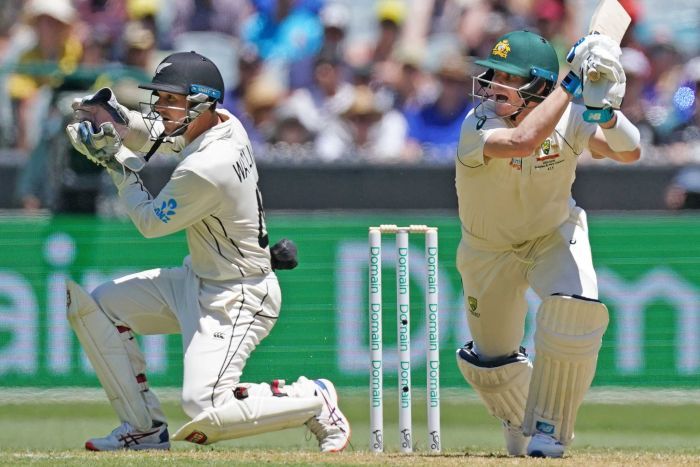 Along with the Big Bash League, our FREE Draftstars Lineup Builder is available for this contest on Draftstars. Build your teams then upload into Draftstars by CSV. Available here to start making your teams.

New Zealand have just been insipid with the bat. Not many people would’ve thought that Pakistan would’ve been the more competitive team but at least their middle-lower order showed a bit of fight. The worst thing is that, on paper at least, the Kiwis have a very good batting line-up. The most disappointing person (for me) has been their captain, Kane Williamson. Touted as one of the best in the world, he’s been exposed on tracks that haven’t exactly been a nightmare to bat on.

Latham played an edgy knock in the last test but never looked convincing. Taylor hooked his way to a 70 in Perth. Blundell knocked up a brilliant hundred in Melbourne considering the circumstances, but it’s a bit sad when a team’s only centurion on a tour is a test rookie. In three out of four innings, a player has passed 50 (Watling top-scored with 40 in the second innings in Perth), but the inability to string together any sort of batting partnership to shift any pressure back onto the Australians has been telling.

I’ve personally been burned entering New Zealand-heavy batting line-ups as a point of difference, but if there’s one lesson you can learn, it’s this: it doesn’t matter how or why foreign batsmen play so badly on our shores – just take their overseas numbers with a grain of salt. I don’t think the strategy of including the away team’s better bats in line-ups is totally dead (New Zealand will bat twice – Australia might not) but you need multiple entries to account for the randomness of it all. I certainly wouldn’t be entering in teams with three or more Kiwi batsmen without some serious thought or very favourable match conditions.

It’s been business as usual for Australia. James Pattinson was terrific on his national comeback. Cummins displayed a level of bowling bordering on complete arrogance, while Lyon tied the Kiwi batsmen up and then ripped them out. Mitchell Starc had a quiet test but that’s likely just randomness as opposed to any loss of form or confidence.

New Zealand have more selection problems than Australia. Boult is injured yet again, and Santner just looks a horrific test bowler in these conditions. I think going in with both Astle and Somerville would be a match-losing idea, so you’d imagine one of them plus Henry would be your replacements. Swepson has been floated as a possible replacement for Lyon if the selectors wanted to give him a rest but that idea is ludicrous and won’t happen. I’m more than 95% sure that Australia will be unchanged.

Investing in Australian bowlers is an excellent idea at the moment and Jimmy Pattinson is almost a deadset lock. $15,200 on Draftstars with a projected output of about 110-130 points, Pattinson is the cheapest Australian bowler on the slate (assuming Neser/Swepson don’t play). While Mitch Starc and Pat Cummins aren’t that much more expensive than Pattinson,  I don’t really think you can go past him and it’s quite possible that a lot of people will be submitting teams with a three pronged Australian bowling attack.

Again, just to reiterate – this section is purely about points/dollar ratio, and not an indictment of a player’s ability. As such, Neil Wagner is priced ridiculously. You cannot possibly justify forking out $18,500 on Draftstars for a guy projected to get around 4-5 wickets a game (and those numbers include tests where he’s bowled in two innings – something that’s not certain to happen). The salary can be better spent.

Bit odd to put Steve Smith in here given his phenomenal record in Australia, but the best since Bradman is averaging a meagre 24.75 over the four tests played this summer. Quite interestingly, he could be a little bit of a point of difference going into the third test. Priced at $22,200 on Draftstars, Smith isn’t particularly brilliant value even if he was operating at his usual numbers (the points/dollar ratio can never be as good as other, cheaper players) but the question has to be asked whether you should be forking out almost a quarter of your salary on him. The wise answer would be probably (definitely) not, but you’d be an idiot to completely write him off. I’ve picked him in at least 30% of lineups so far this summer and will look to hold that number (at least) in anticipation of him writing his numbers and going big one final time.

Tom Blundell is a super easy pass here. Not only he is terrible value at just shy of $14,900 on Draftstars, but his numbers do not stack up. Yes, he got a century in the second innings at the MCG but that would’ve been a 10-1 chance (probably higher) and won’t happen in Sydney. If you wanted a couple of New Zealand batsman then Kane, Latham or Nicholls are better options. 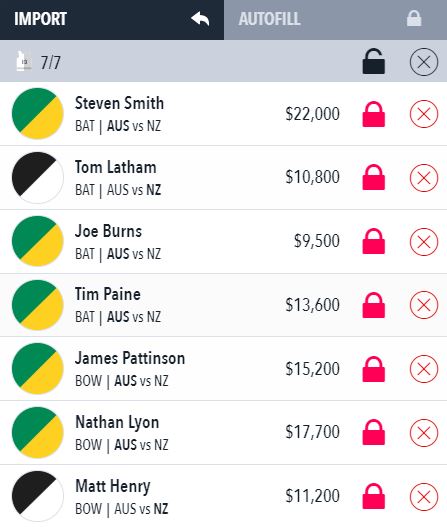