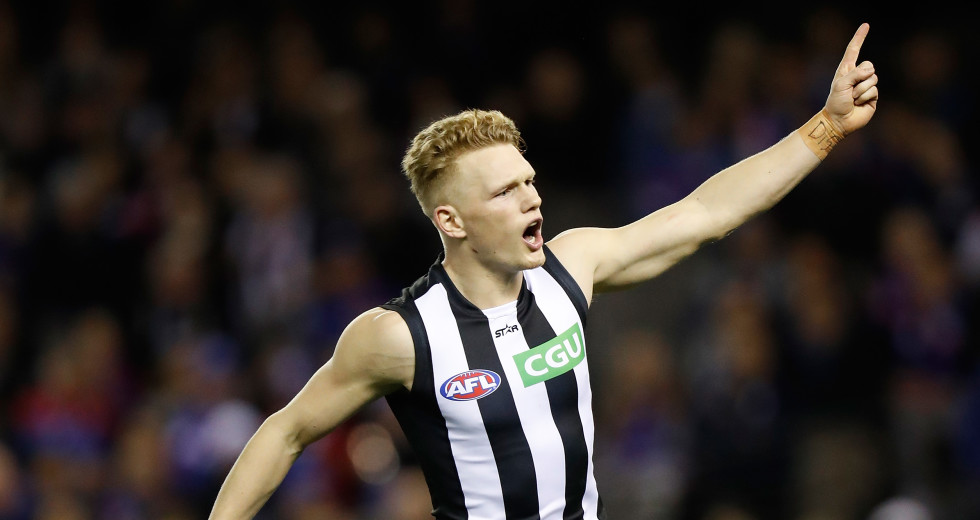 We’re down to just four teams in the hunt for the 2019 AFL Premiership. This weekend we’ve got two intriguing preliminary final matchups on the cards that should both make for excellent viewing. First up we’ve got the Tigers hosting the Cats on Friday night, followed by the Magpies hosting the Giants on Saturday afternoon. Once again, we’ll be providing multiple player prop bets for each fixture, which you can find below!

The odds and points lines for the two games on this weekend are as follows:

He let us down last week with Elliot Yeo doing a number on him, but we’re keen on him bouncing back this weekend now that he has an even lower line. Dangerfield had just 18 touches on his way to a measly score of 77. However, now against a Richmond outfit that hasn’t used a tagger all season, we expect Danger to get off the leash. He had 162 against Richmond in Roumd 12 this year and 128 against them in Round 20 in 2018. Danger has been spending a bit of time up forward in certain fixtures this season, but against such a great Tigers midfield in a preliminary final, expect him to be around the ball as much as possible, unless things go pear shaped and they need to shake things up. Regardless, his line is too low for such a big game player. 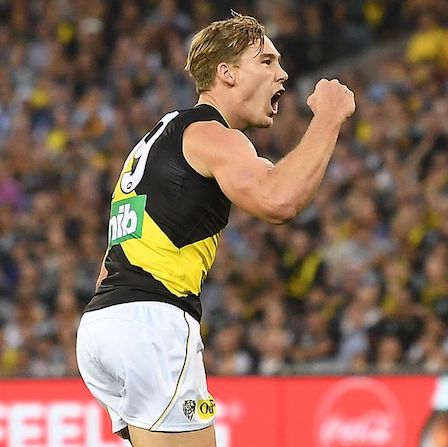 Now for something a little bit different, we introduce a goalscoring market that we’re super keen on. Tom Lynch was held to a combined three goals in his last two matches, which both came against Brisbane and both had him matched up with All-Australian defender Harris Andrews. Prior to those two outings, Lynch kicked 3+ goals seven times from eight matches and was looking like the dominant force we’ve come to expect. We have him bouncing back in a big way on Friday night.

This may seem like chasing last week’s points, but we believe Guthrie can actually back up his big performance. Last weekend he went for 33 touches, eight clearances and 122 fantasy points. It was easily his best game of the season and his biggest impact for some time. However, we have seen him get hot before. He started off his season with four games of 21+ touches where he was getting his fair share of midfield time. Now that he’s shown Chris Scott that he can deliver on the big stage when the whips are cracking, there’s no way that his role diminishes. We have him getting 21+ touches with a couple to spare.

This is a statistical play that we’re pretty keen on. Tom Stewart comes up against a Richmond side that gave up the third most points to opposition defenders during the home and away season. Moreover, Stewart went for 105 when he faced the Tigers in Round 12, which was one of his eight 100+ scores on the season. Stewart has 3x scores of 90+ in his last four games and is predicted to hit 95 on Friday night as per our cheat sheats, so getting him to cover 89.5 seems like money for jam.

This is the chalkiest of chalk plays that can possibly be. Brodie Grundy is a lock and load in so many markets that it’s not even funny. His fantasy line is set at a rather large 129.5 at most sites, which seems big, and it is, but it’s more than reasonable. He had a stupendous 181 against the Giants earlier this year when they actually went double ruck against him (Mumford + Simpson). This time around they’ve gone with just the one ruck in Mumford, who’s looking extremely proppy at the moment - giving even more reason to back Grundy. Now, while Grundy’s fantasy line does entice, we believe he could be in for one of his big disposal games. He had 31 vs the Giants this season and will be able to rack up as many as he pleases against an immobile unit in Mumford. There are so many markets where you should be taking Grundy overs, but this is one that has us licking our lips. 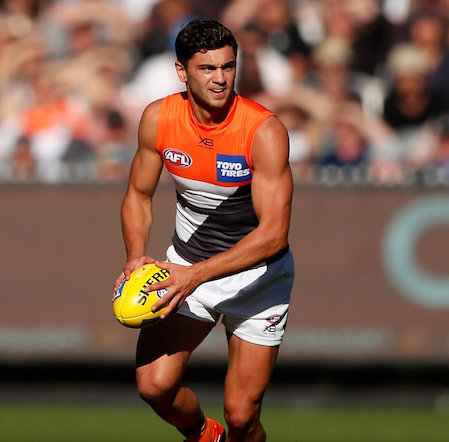 Yes, the Giants are playing too, so here’s a market for you Giants fans to have a look at. Tim Taranto is one of the most underrated and underappreciated midfielders in the league. He’s had a phenomenal season by any statistical measure. He’s just 21 years old but has averaged 28 touches in 2019 and a whopping 112.5 fantasy points. Now, he was a lot quieter than usual last time out with 66 fantasy, but if anything, that’s a blessing in disguise because now we get to lock him in for overs at a very generous line. Taranto had a monster 145 vs Collingwood when they met this year and scored over 106.5 in 13 of 22 matches. Up against a Magpie midfield that doesn’t tag, coupled with all the Giants midfield injuries/suspensions, his line is far too short.

There’s a couple of ways you could play the Jamie Elliott goals market – safe, or adventurous. We’re going with adventurous. This man has returned to form and it’s a special type of form. He’s kicked 10 goals from his last three games and is looking as dangerous as ever. Further, keep in mind that the Giants are without two of their best players in Whitfield and Greene, so this match will likely end in an easy win for the Pies. If that is so, then there’s likely some easy goals on offer and that suits our man Elliott who’s a slave to a handball over the top in the square.

The Giants are pretty much a lock to tag one of the Magpies key midfielders through Matt De Boer, but we see Treloar escaping this one. Treloar has had a super impressive season and will likely feature heavy in the Brownlow votes as a result. He went for 111 in his previous match vs the Giants despite it being a blowout loss, and he hit 118 last time out against the Cats, which shows his form isn’t lost in the finals. With De Boer likely going to go to the more influential midfielder in Pendlebury or even Sidebottom, we have Treloar hitting his fantasy overs.

Good luck to everyone having a crack this weekend. Any queries on some of these plays? Hit us up on Twitter or on Facebook.