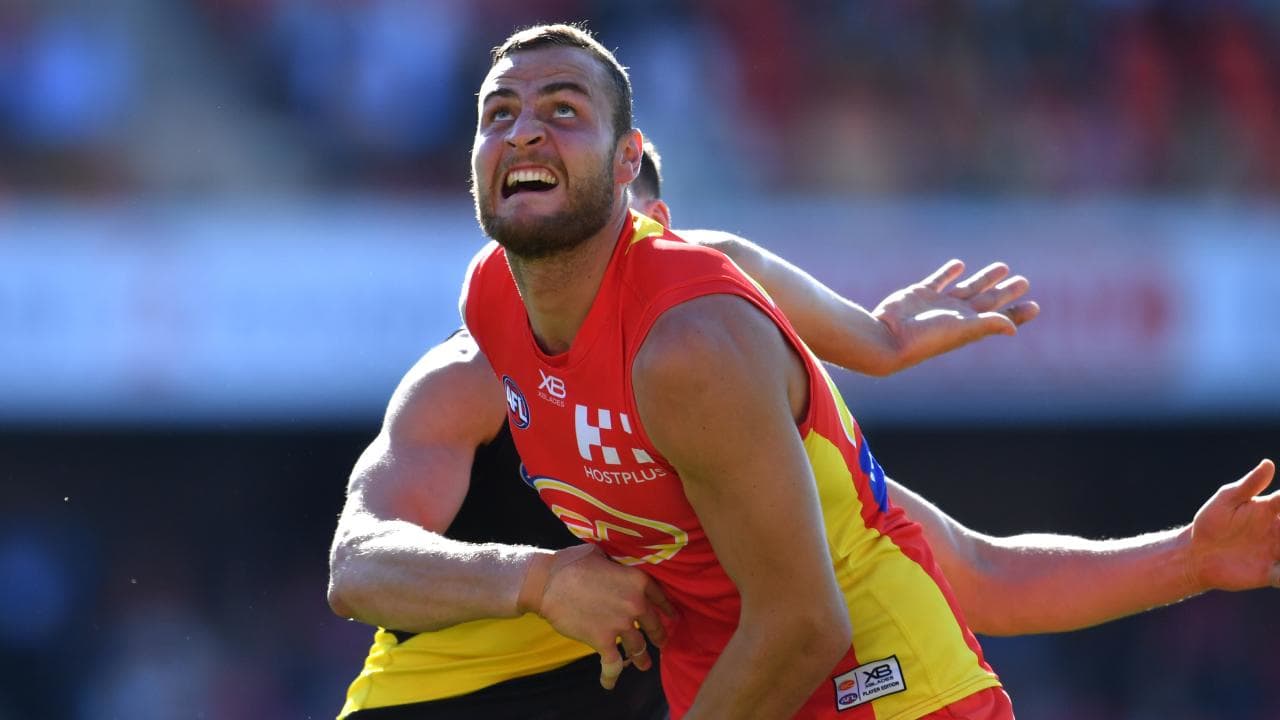 Round 16 of the 2019 AFL Premiership Season continues this weekend with five great fixtures on Saturday! All five have the potential to be close matches, which should make for some excellent viewing.

We kick off Saturday with our best value play of the day. We mentioned in our AFL Fantasy Saturday piece that we’re expecting rain to play a factor on the Gold Coast, which will result in a lot more stoppages and ruck contests. This bodes extremely well for Suns ruckman Jarrod Witts who’s having a career-best year averaging 101 fantasy points per contest. He also gets the extremely soft match-up vs Tigers rucks who have given up the second most points to rucks this season. Witts has scored 110+ in three of his last five outings and should be in for a ceiling game on Saturday. We’re confident he’ll cover his 108.5 line, so take that if you’re wanting to play it safe, however, we see the $4 odds on offer to top his group as great value.

Moving onto one of the most intriguing matches of the slate (Bulldogs vs Cats), we’ll turn our attention to superstar midfielder, Jack Macrae. He was absolutely fantastic in his side’s upset win over the Power last weekend, racking up 36 touches and a goal and likely claiming another 2-3 Brownlow votes in the process. Now up against the ladder-leading Cats, Macrae will need to perform at an elite level once again, which we believe he’s more than capable of doing. Macrae’s one of the most dangerous players in the league when he gets on a hot-streak and you only need to look at his last three games to realise he’s in one of those streaks. 140, 180, and 135 fantasy points in his last three and no signs of slowing down. If the Dogs are competitive against the Cats, which we believe they will be, then expect another 120+ score from him.

The final match of the five-game slate on Saturday will see the Dockers hosting the Eagles at Optus Stadium. Our focus for this particular match-up will be on Dockers star defender, Luke Ryan. Arguably in All-Australian form, Ryan has put together a really consistent year and is averaging a career-high 81 fantasy points per game. This weekend he finds himself in a favourable match-up vs West Coast who have given up the most points to opposition defenders over the past five games. Ryan’s a player that will flourish with the extra time in defence to chip it around and grab those valuable +6’s. BetEasy have him grouped with Dockers midfielder Reece Conca (averages 77) and Eagles forward Jamie Cripps (averages 70), who we aren’t really worried about having big games. In our opinion, this is another great value play.