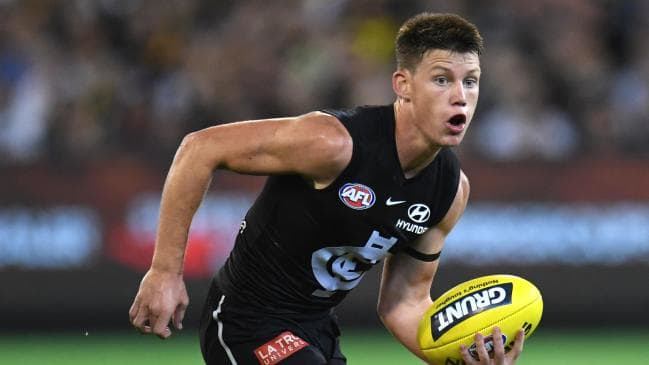 Another round, another five AFL matches on Super Saturday. There are some potential blockbusters on the card in Round 18 with huge finals implications, which should make for some fantastic viewing.

Pretty keen on Sam Walsh getting the better of Darcy Macpherson here. Walsh gets the soft match-up vs Suns who give up the most points to midfielders out of all teams in the league. Walsh has a last five average of 109, compared to Macpherson’s 92. Walsh has also shown the ability to go huge against soft match-ups, highlighted by his two 125+ scores in the past five rounds. All things considered; we see this as a great way to build up your bank on an action-packed Saturday.

Love Lachie Whitfield in this head-to-head with his teammate, Tim Taranto. Lachie came back from injury with a bang last week in his side’s loss to the Tigers. He scored 117 in his first match in five rounds, which actually tied Taranto. This week Whitfield gets the soft match-up vs Collingwood who have allowed the most points to backs in the competition over the past five games. In contrast, Taranto will face a Magpie midfield that have given up the third least amount of points to opposition midfielders this season.

Superstar midfielder Lachie Neale comes in with a season average of 105, which ranks him among the best fantasy performers in the league. He had one of his quieter performances last week against the Power, where he was ‘terrorised’, but we don’t see anything like that happening this Saturday. Neale has shown us the ability to post monster scores this season, highlighted by his 5x 120+ scores, two of which have come in his past three outings. Neale comes up against the Kangaroos who have given up the third most points to opposition top three midfielders over the past five matches, and the Lions will start as heavy favourites. All signs lead to Neale having a big bounce back game.