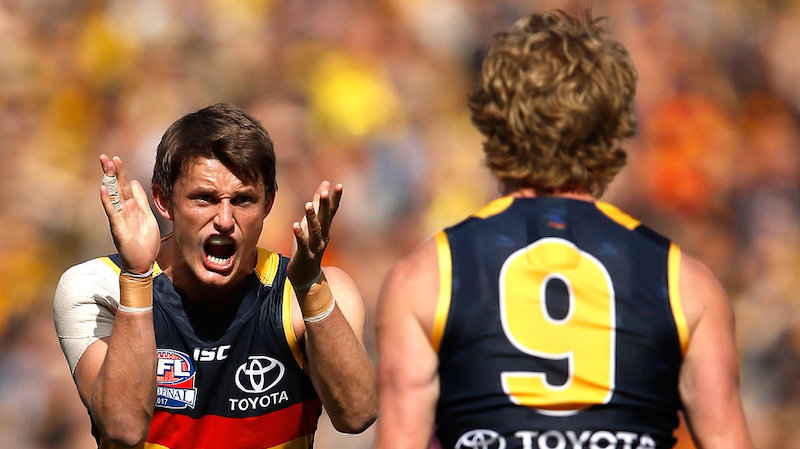 It’s been a couple of tough weeks with our prop bets with so many matches resulting in upsets, meaning certain players haven’t been racking up the stats that all the data suggests they should. However, we’re confident we can have a big weekend in Round 19, where we’ll be making plays throughout the five-game slate on Saturday.

‘The Chad’ played his best game in a Hawks jumper in the win over the Cats last weekend. He relished more midfield time, ending the match with 21 touches and six inside-50’s. Although he only had the 68 fantasy points, you can expect him to produce bigger scores with similar midfield time in the future. He and his fellow Hawks catch the Lions in what I believe to be a vulnerable position this weekend, having both travelled and played a lot of tight matches in recent weeks. Expecting Wingard to deliver an 80+ fantasy score this weekend.

No idea how Rory Sloane starts this head-to-head with Matt Crouch as the favourite. Crouch averaged 15 more fantasy points per game than Sloane last year and is averaging five more this year in games that aren’t injury-affected. Last time they both played against the Blues in the same match, Sloane scored 83 compared to Crouch’s 99, and Crouch has outscored Sloane in three consecutive rounds leading into this weekend. There isn’t a whole lot in it, but there’s enough to consider Crouch the value play.

One of about 500 Jack’s on the Saints roster, but definitely the best of the bunch. He’s enjoyed a stellar year where he’s averaged 101.4 fantasy points per game, which is 6.8 points higher than his previous best average in 2017. Billing’s has strung together scores of 128, 112 and 110 in his last three and gets a chance to continue that form when he comes up against the second leakiest team to opposition midfielders in the Demons.

Our fourth and final swing on Super Saturday will be on Nicholas Coffield to best his group at BetEasy. Coming up against a bunch of guys that don’t often have big games in them, I like Coffield’s upside. He’s become an important link-up player across half-back from the Saints in recent weeks and is coming off an 82-point performance last weekend. $7.50 is too much in a weak field, so we’ll be having a little something on the young Saint.