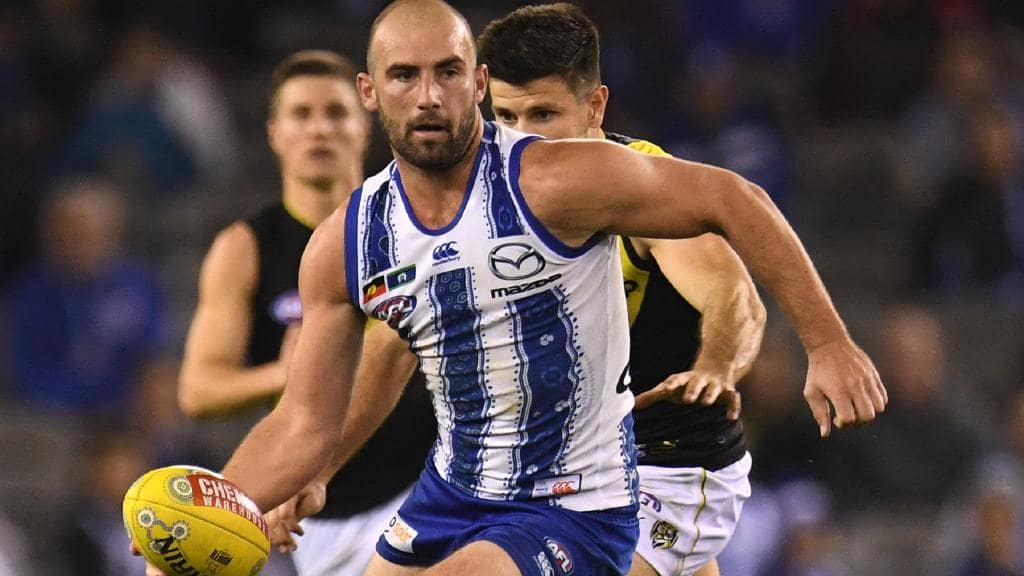 It was good to bounce back with a couple of winners last week in what we’re hoping will be a turn in form for us. This week we’ll target the five-game slate on Saturday for Round 21 of the 2019 AFL season, which has some cracking games in store.

We’ll kick things off in the QClash with a play on Lions Brownlow Medal fancy, Lachie Neale. He’s enjoyed a career best season for the vastly-improved Lions and looks set for another prolific match on Saturday. Neale started the season on fire in terms of fantasy output, scoring 135+ in three of his first four games. He did cool of for a period but has gone on to score 110+ in three of his last six matches. Neale scored 108 vs the Suns earlier this year (R6) and should find it even easier to rack up points now that wheels have fallen off at the Gold Coast.

Star Kangaroos midfielder Ben Cunnington is having another terrific season in the blue and white stripes. Week in, week out he’s the anchor in their midfield, and while it doesn’t always translate to high fantasy scores, we believe this week is a good week to be on board. Cunnington comes up against the Cats at GMHBA stadium in what we’re expecting to be torrential weather conditions. It should be a high stoppage game that suits him to a tee, which should see him rack up enough touches in close to equate to a near 100-point fantast game. The bookies haven’t adjusted for the weather, so make sure you get on as soon as possible.

Wowee, what a player Josh Dunkley is. To think this young superstar is just 22 years old is mind blowing. He’s having a magnificent 2019 season by all accounts, especially since he’s been injected into the midfield. He was part of the 2016 premiership team and is still only 59 games into his career. Dunkley has posted 10x 118+ scores in his last 13 matches and there’s no reason to suggest he won’t make it 11 when he takes on the Bombers on Saturday night. Once again, make sure you get on this play ASAP, because this 115.5 line is just plain wrong.