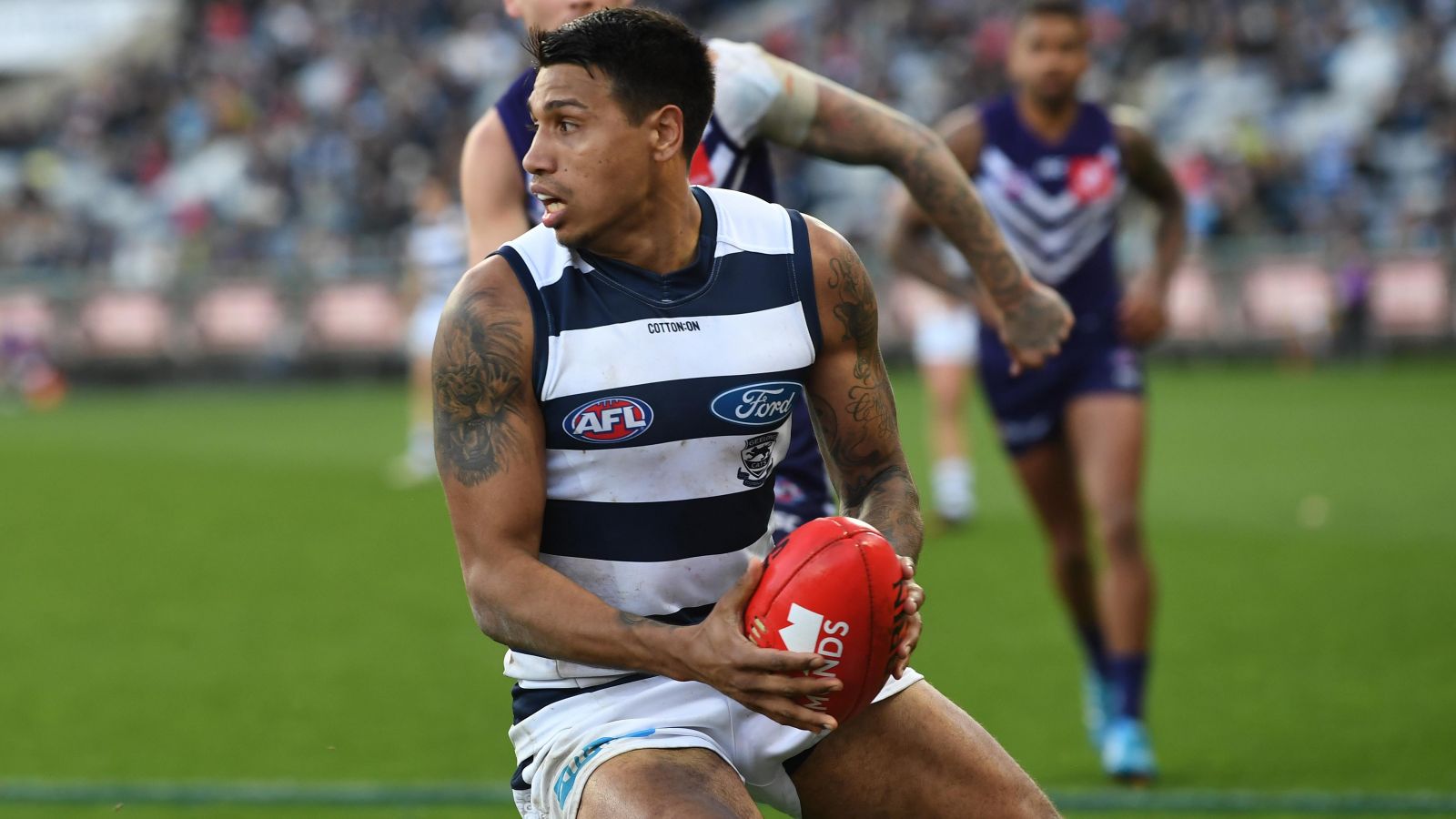 Three weeks on the spin we’ve hit on 2/3 winners in our AFL Player Prop Bets, which has been a nice turn in form after a ton of unlucky results. We now shift our attention to Round 23 of the 2019 AFL Premiership Season where we’ll look to keep the ball rolling. There’s another five matches set to play out on Saturday, which should make for an excellent day of viewing.

This season’s early Brownlow Medal fancy in Tim Kelly hasn’t been in the best of touch in the second half of the season, but you could say the same about most of the Cats for that matter. Regardless, Kelly represents value this week when he comes up against the Blues. The Blues have conceded the second most points to midfielders this year and will really struggle to match it with the Cats at GMHBA Stadium. Our free DFR cheat sheets have Kelly projected to score 104 and his line has been set at just 94.5 at PointsBet (96.5 at BetEasy). If the Cats dominate like we think they will, then Kelly should be in for a 100+ outing.

The GOAT is having a great season in his new role for the Cats and we believe he’s in for a ceiling game vs the Blues this weekend. He’s had two great games in a row that have resulted in scores of 117 and 99 and will be licking his lips in this soft match-up. Ablett is projected to score 95 by our cheat sheets and could go a lot higher than that if the Cats get right on top. Ablett’s last three meetings vs the Blues have resulted in scores of 107, 118, 124, and there’s no reason why we won’t see something similar from him on Saturday.

Shannon Hurn was best afield for the Eagles last weekend vs the Tigers with his 24 touches, but we don’t see him having as much impact this week. He’s projected to go well with 95 points per our DFR cheat sheets, but we’re prepared to throw the stats aside in this play. It’s a do or die fixture for the Hawks and there’s just no way that Clarko hasn’t planned something to limit Hurn’s influence. Hurn was quietish in their Round 14 fixture vs the Hawks with a score of 80 and we’re expecting more of the same, if not less, this time around.