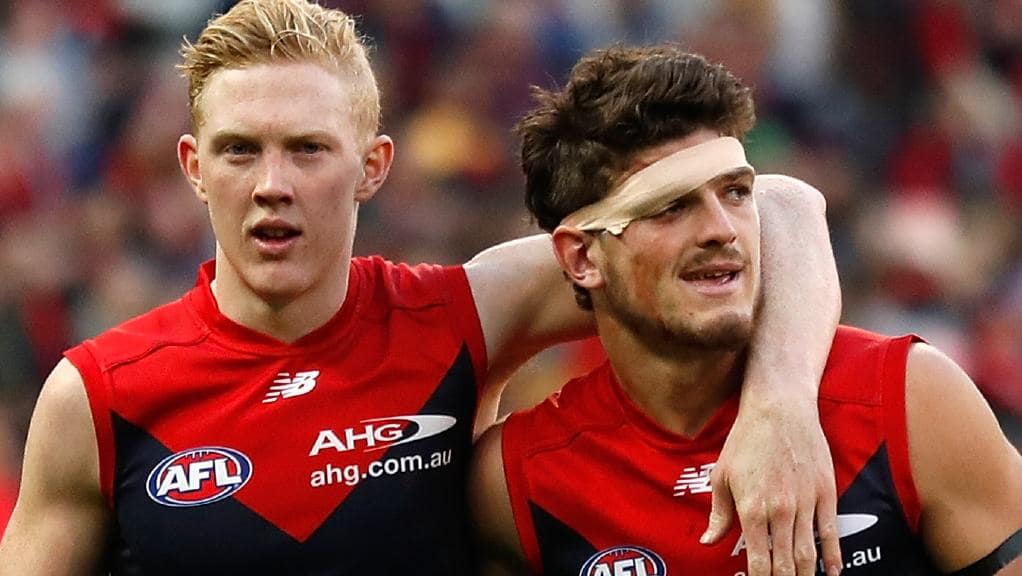 Our AFL Player Prop Bets made a great debut last weekend with all three of our bets saluting! Easton Wood and Andrew Gaff both hit their overs, while Jake Lloyd found a lot less of the ball, just like we expected. With our first week done and dusted, we now look forward to Round 8 of the 2019 AFL season!

We’re kicking things off with a play we’re really happy with, which is Melbourne’s Clayton Oliver to eclipse his fantasy line (109.5) at Pointsbet. Oliver came out of the blocks slowly with just a 73 in his sides Round 1 loss to the Power, but has since averaged 106 points per contest and has a great chance to improve that on Saturday against the Suns. Last week we mentioned that the Suns leak a lot of points to opposition mids, and boy did they do exactly that against the Eagles. Yeo (146), Gaff (144), Shuey (128), Redden (120), and Sheed (116) all had monster games, easily eclipsing their respective fantasy lines in the process. We expect much of the same from the Demons midfield this week and have highlighted Clayton Oliver as your safest play. He spends just about all his time on ground roaming through the centre and will be sure to keep the stats man busy on Saturday.

We keep our focus on the Suns vs Demons game for our second play of the weekend, which is on Jack Martin to hit his fantasy overs (87.5). There was a lot of hype surrounding Martin when he first entered the league, and rightly so with him being the #1 Pick in the 2012 Mini Draft. And while he didn’t set the world on fire in his first couple of seasons, Martin’s certainly turning into the player everyone thought he’d be with a great 2018 season and an even better start to 2019. He’s averaging 90 points per game through the first seven rounds, including three 110+ games already. He also comes up against a soft match-up in the Demons this weekend, who give up the most points to forwards in the league as well as the fourth most to centres. Considering Martin spends all of this time on ground in either of those positions, we have him pencilled in for a big one on Saturday.

Our third and final play for Round 8 comes from the Carlton vs Collingwood match where our focus will be on reigning All-Australian ruckman, Brodie Grundy. The big man averaged a whopping 120 points per game in 2018, which included 141 points against the Blues in Round 3 and 103 against them in Round 14, for a two-game average of 122. Fast forward to this year and Grundy is down a bit on his 2018 form but is still averaging 110 points per game through seven rounds, including three 120+ scores. Why do we like him so much this week? Because he comes up against the Blues who EASILY give up the most points to the oppositions number one ruck. The 112 points per game that they give up to the oppositions number one ruck is 16 points higher than the second placed Bulldogs, who Grundy scored 153 against in Round 4.