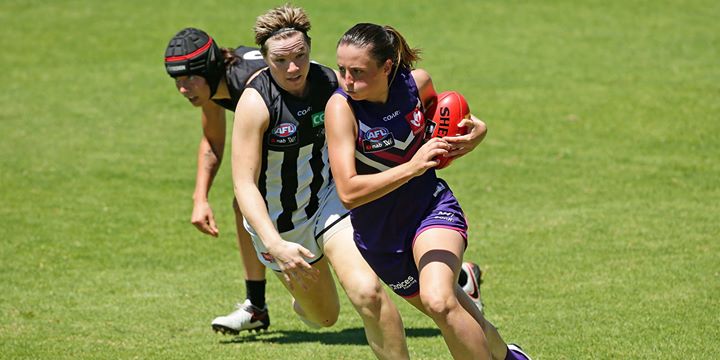 Round 3 of the AFLW season is upon us and already there is an apparent gulf between the two conferences. The dominant teams this season appear to be together in Conference A while the lesser teams are pooled together in Conference B. Come finals time, the problem with this will become even more apparent if the sixth and seventh best teams in the league get a spot in the semi finals!

This Saturday we have a couple of competitive games on paper with Fremantle hosting Collingwood while the GWS Giants will face Carlton. Draftstars are again offering some excellent fantasy AFLW contests with the feature being a $5,000 Guaranteed. Throw your hat into the ring and take a shot at the juicy prize pool with some help from Daily Fantasy Rankings, as we take a look at some key players on the slate and provide all the data you need with our AFLW cheat sheets.

The most expensive player on the Saturday slate is Fremantle’s Dana Hooker ($18,550). Possibly not as high-profile as some others, Hooker is extremely consistent as evident by her winning All Australian selection and the Fremantle Best & Fairest last season. She’s started 2019 in fine form with an average of 86.5 fantasy points, but the question is does she have the ceiling to go even higher to hit her value for that price?

One who has been a little slow to start the season is GWS gun Alicia Eva ($17,920). She’s a star of the competition but so far has been restricted to an average of just 63.5 fantasy points this season. She might be worth giving another shot as she lines up against the weaker Carlton lineup, so she might be due to bounce back.

The Pies haven’t had the best start to the 2019 AFLW season, but one shining light has been the form of Ash Brazill ($14,820). The former Australian netball player has made a smooth transition across to AFLW with her athleticism proving valuable across the backline. Her 99 fantasy points was one of the highest scores of last week, and although you are now paying a premium price, if she can continue to deliver those numbers, then she’s a great addition to your fantasy lineup.

Looking a little cheaper and it was great to see one of our picks Sebreena Duffy ($8,920), rewarded with a NAB AFLW Rising Star nomination. That should give her a lot of confidence moving ahead, and with an average of almost 50 fantasy points over the first two rounds, she’s still excellent value. She is a very skilful player which is great around the goals, but the only downside is that she’s now been moved to a Forward position on Draftstars, as it was handy taking her as a Defender previously.

Gemma Houghton ($8,730) has stepped up her game in 2019 and is providing a strong target for Fremantle up forward. I usually don’t like backing key forwards in AFLW fantasy, but Houghton is cheap and Freo are proving to be a high-scoring team. Houghton is averaging nine disposals, 3 marks and 3.5 tackles per game this season which is solid enough, and the three goals she’s kicked is a nice bonus.

Lauren Brazzale ($8,150) is a good option for the Defence position after two strong performances in the opening rounds. She may be small in stature but she has lifted her game this season, averaging 11.5 disposals along with a couple of marks and tackles, which provides excellent value at her price.

Another at a bargain price is Collingwood’s Sarah Dargan ($8,260). The thing I like most about Dargan is that she is a strong tackler with 12 tackles in the first two rounds, to go with an average of 10 disposals per game. Not a bad return for her price.

As for the fresh faces on this slate, you could consider Nicole Hildebrand ($5,860). A key defender who has come down from Brisbane, Hildebrand doesn’t have huge numbers on her stats sheet, but she does have two seasons of experience under her belt which is handy considering her budget price. 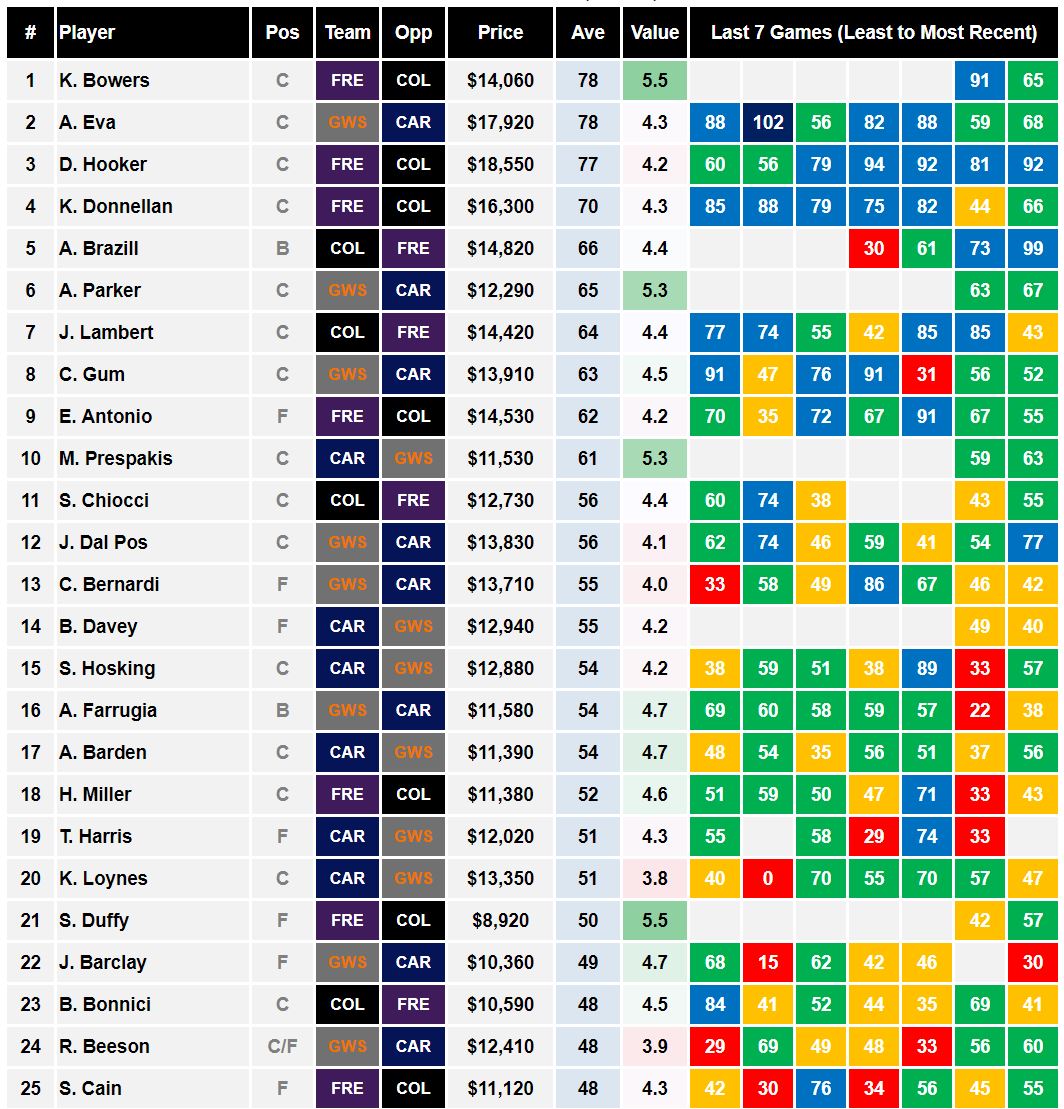 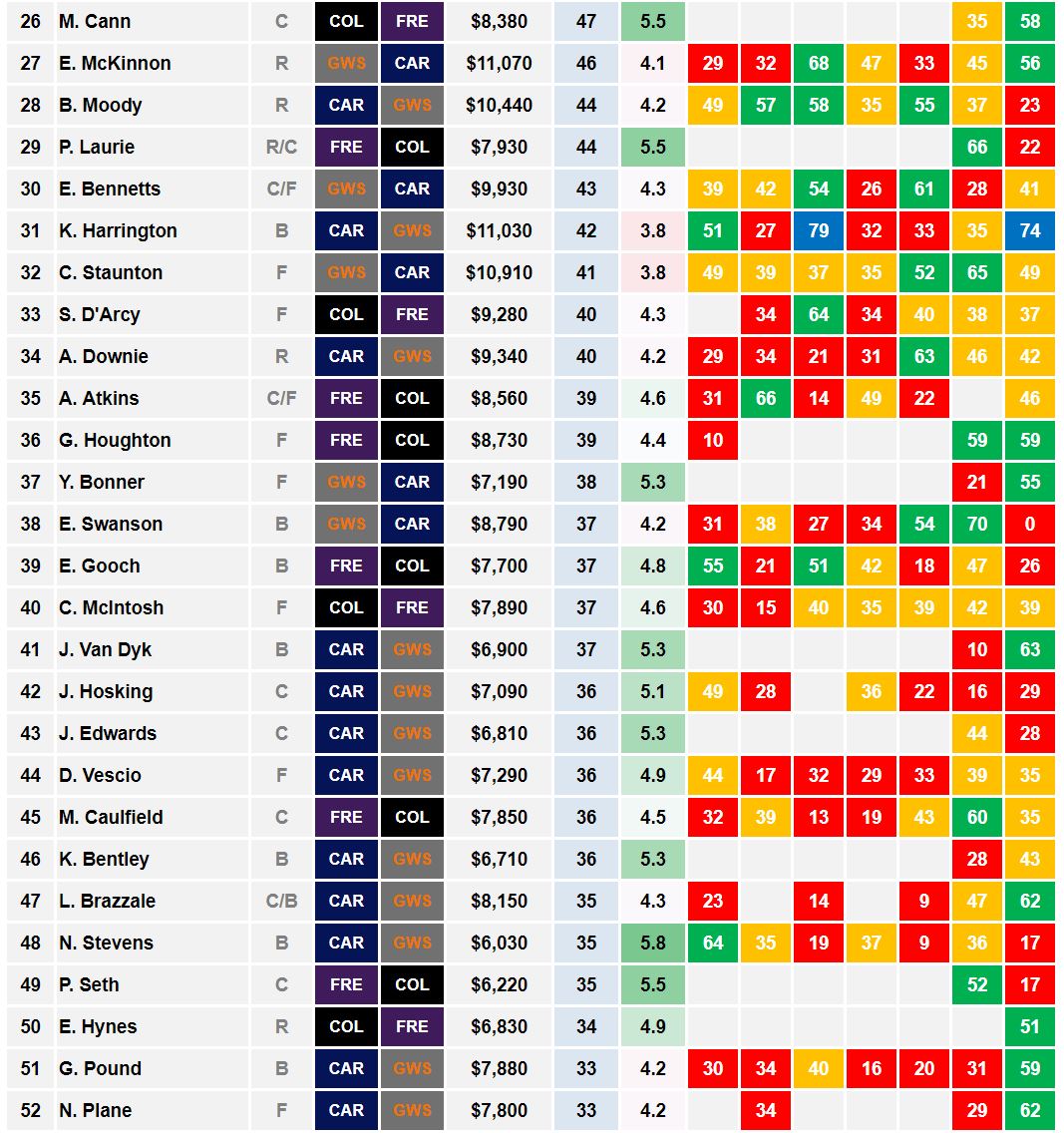 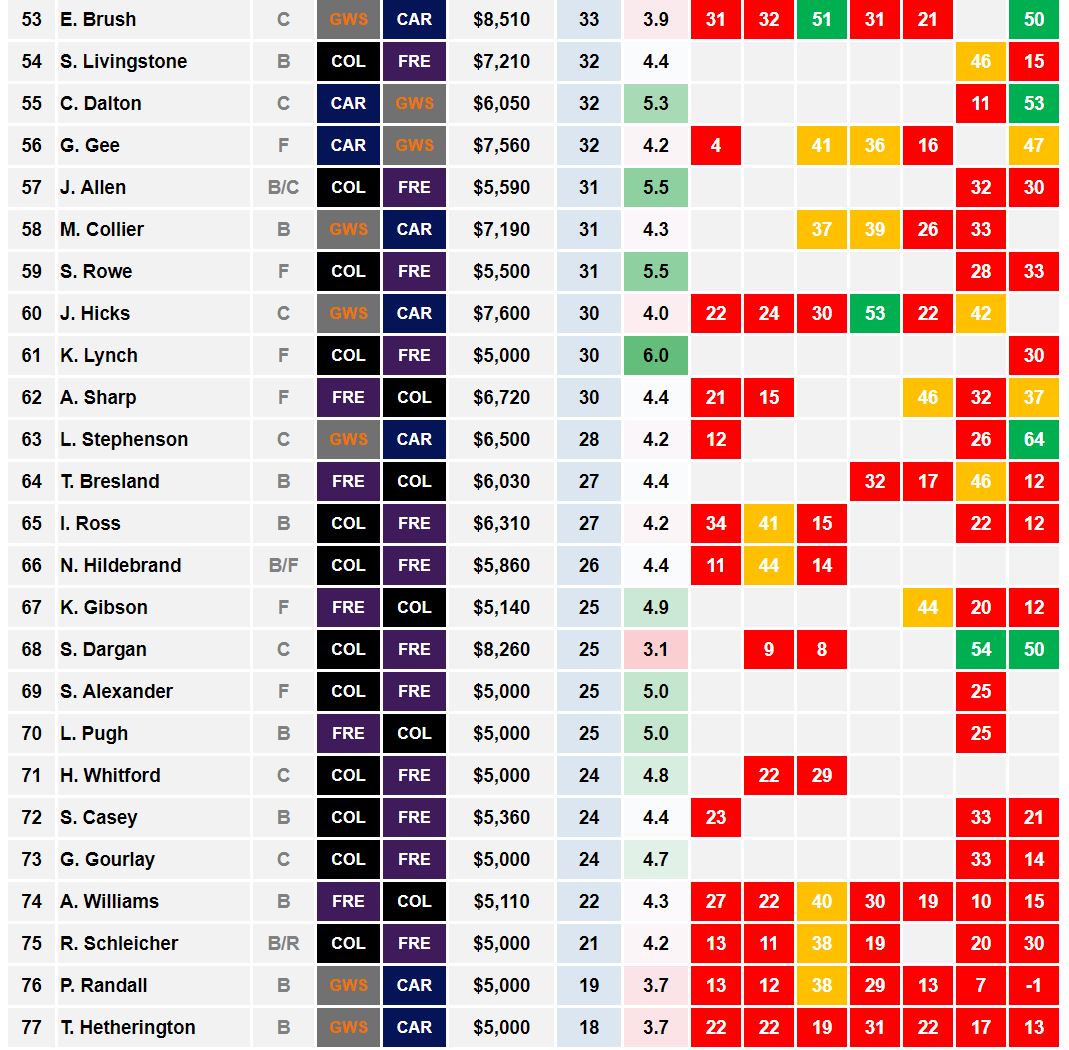