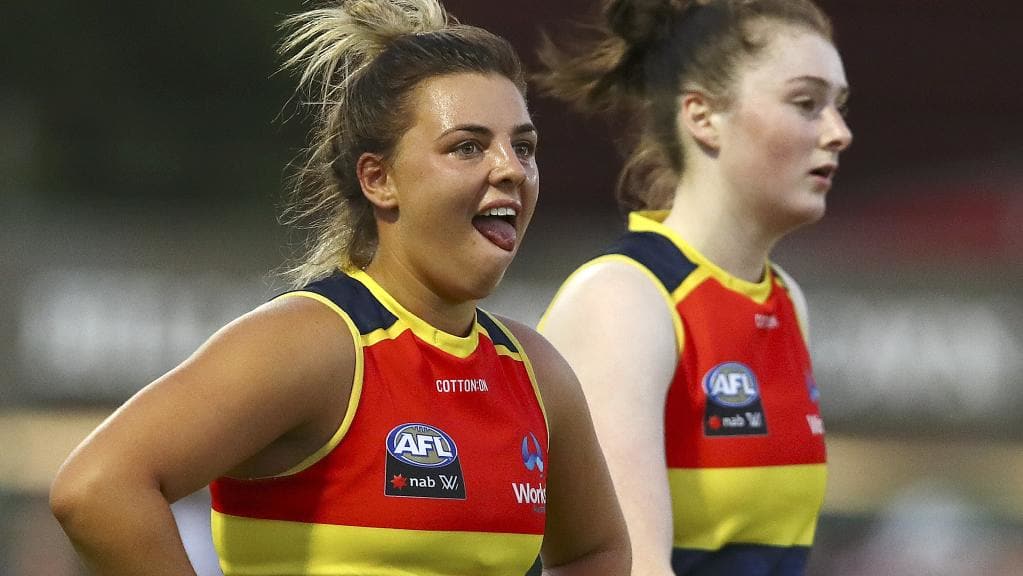 The Sunday slate of Round 2 of the AFLW offers two games – Carlton will host Adelaide at Princes Park before Fremantle welcome Brisbane to Fremantle Oval in Western Australia. Once again Draftstars present a $5,000 guaranteed contest for fantasy AFLW players to get stuck into!

We’ll take a look at the key players on the slate as well as bring you projections, historical data and cheat sheets to give you the best chance of success!

Adelaide’s Ebony Marinoff ($22,730) is the number one fantasy player in the competition and she is a fantastic player to watch. Hard at the ball, strong tackles and terrific skills, Marinoff picked up a league-leading 24 disposals and 11 tackles for 109 fantasy points last week. The best thing is that she gets her own ball, so I won’t be leaving her out of my fantasy side, despite the fact that she’s almost $7k more expensive than any other player.

We missed out on Kiara Bowers ($15,730) last week which was a costly mistake. Bowers was a former marquee player for Fremantle, but missed two seasons of football through injury. However her comeback was worth the wait as she picked up 13 disposals, 12 tackles and a goal for 91 fantasy points. You’re now going to have to pay for the privilege of her in your team, and expect her to be well owned this time around.

Erin Phillips ($12,540) is still a great price this week for one of the stars of the competition. Phillips didn’t really hit her straps last week but still collected 18 disposals and 69 fantasy points. That was against the reigning champs and now she comes up against the wooden spooners of last season. Expect her to again be roaming all over the ground and if she can hit the scoreboard a little more, then expect to see a score of 80+ this week.

I really liked the look of Carlton’s Madison Prespakis ($9,010) last week. She came into the season highly touted as the Blues top draft prospect, and she was very busy with 13 disposals and 5 tackles for 59 fantasy points against arguably the best team in the competition. If she can improve on that, she still offers a good value price in the midfield.

Another cheap option is Fremantle’s Sabreena Duffy ($5,870) who you can use in the tricky defender position. Duffy was also a high draft pick, with the former WA U18 captain going to Fremantle at pick 17. Her debut match was ok with 9 disposals and a goal, but at her price tag, she doesn’t have to do a whole lot to hit her value.

Some interesting options in the ruck again for this slate, and there’s a number of ways you could go. I’m going to lean towards Parris Laurie ($9,270) from Fremantle. She had a tough assignment last week up against Melbourne’s Lauren Pearce, and although she was beaten, she still picked up 66 fantasy points for 17 hitouts, 10 disposals and 6 tackles. This week she should get an easier time of it against a young Brisbane ruck combination that has struggled, so if she can at least maintain those numbers then she’s good value at her price. 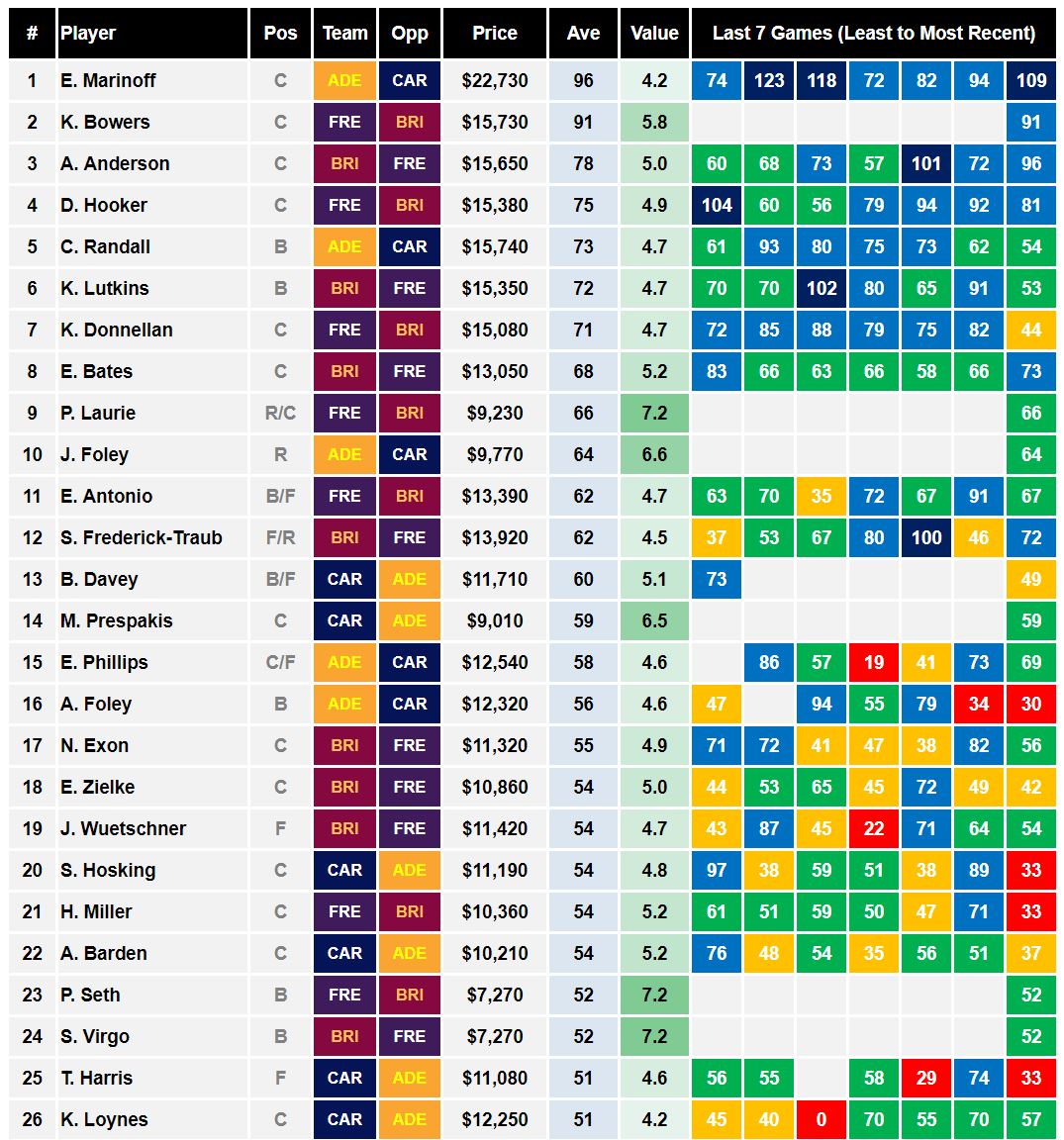 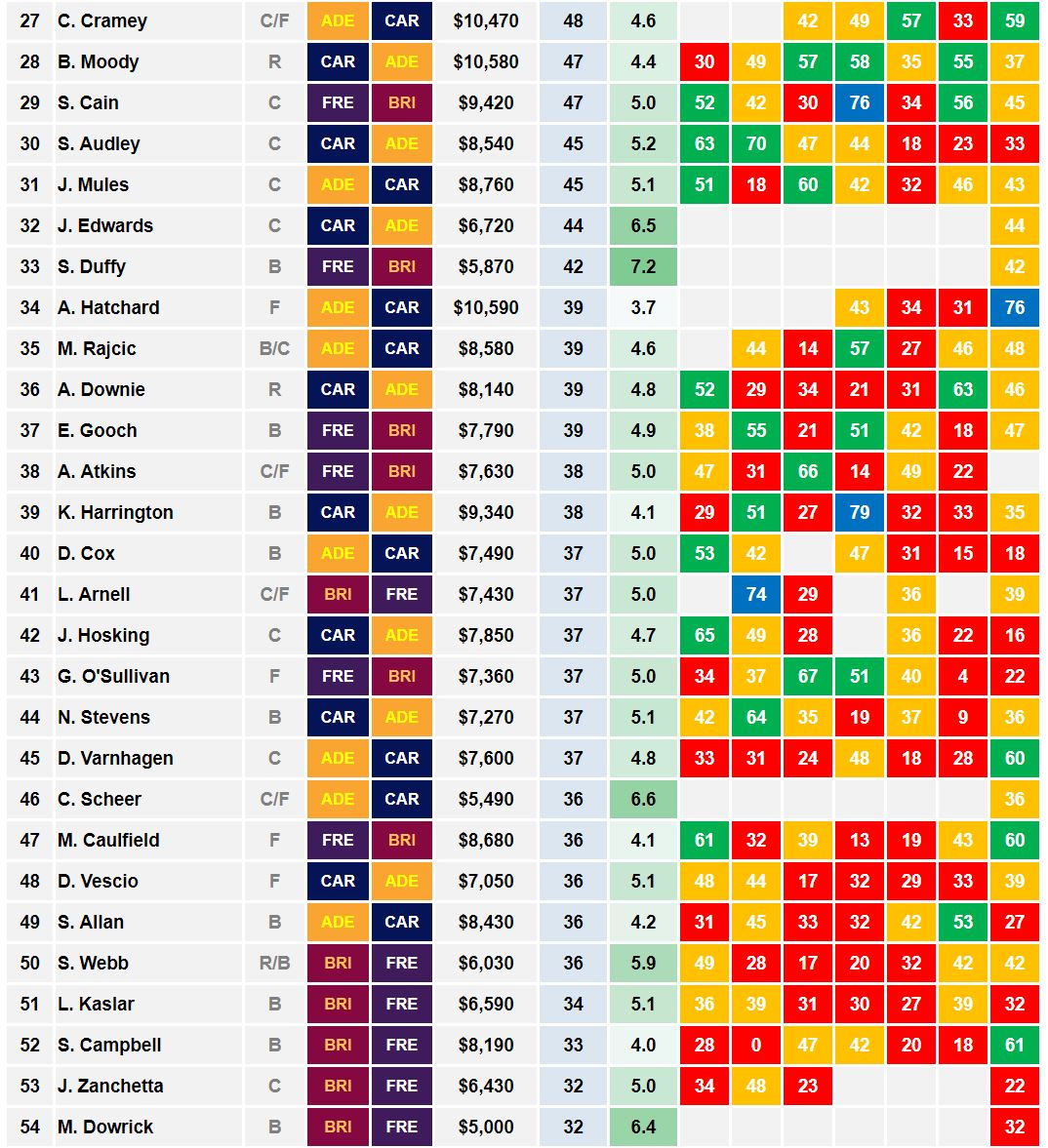 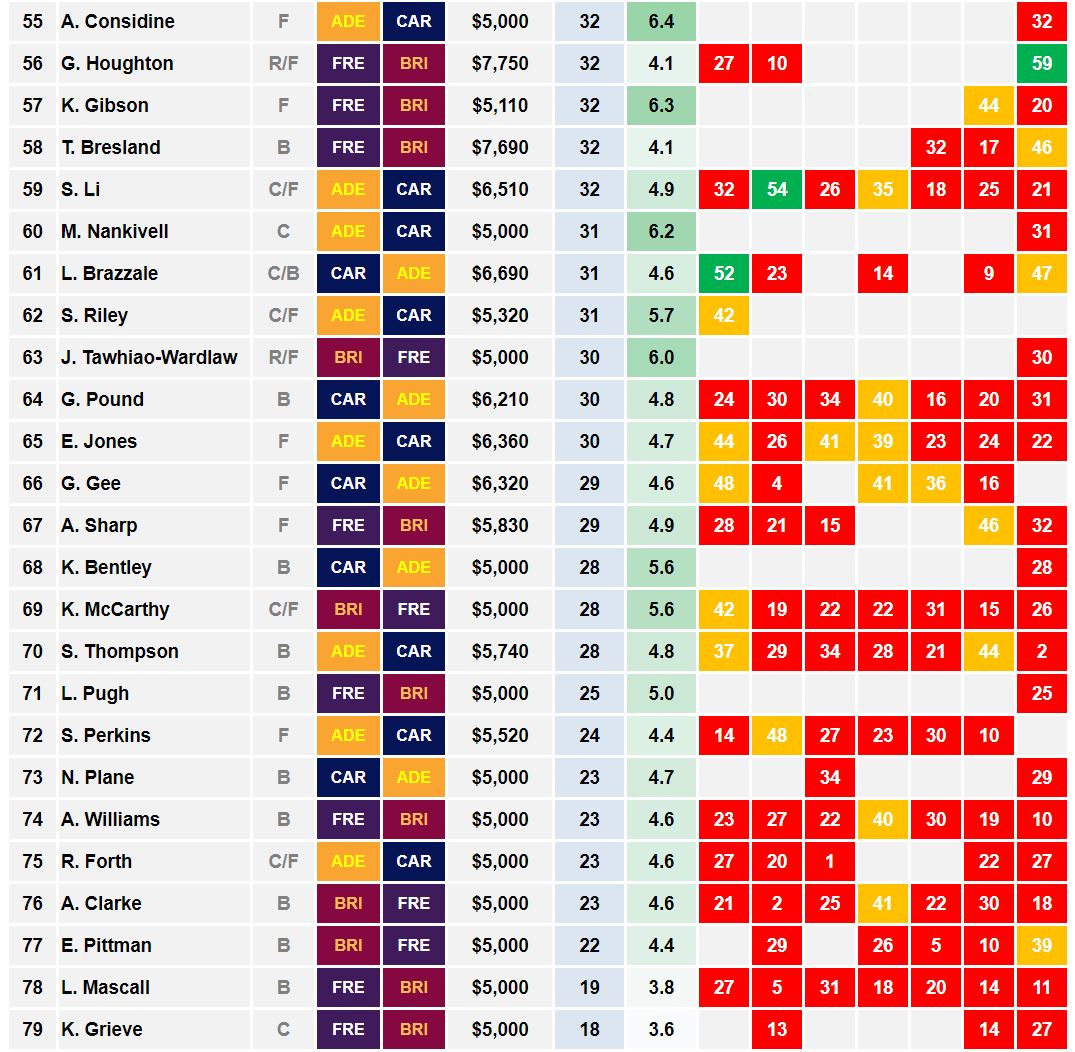 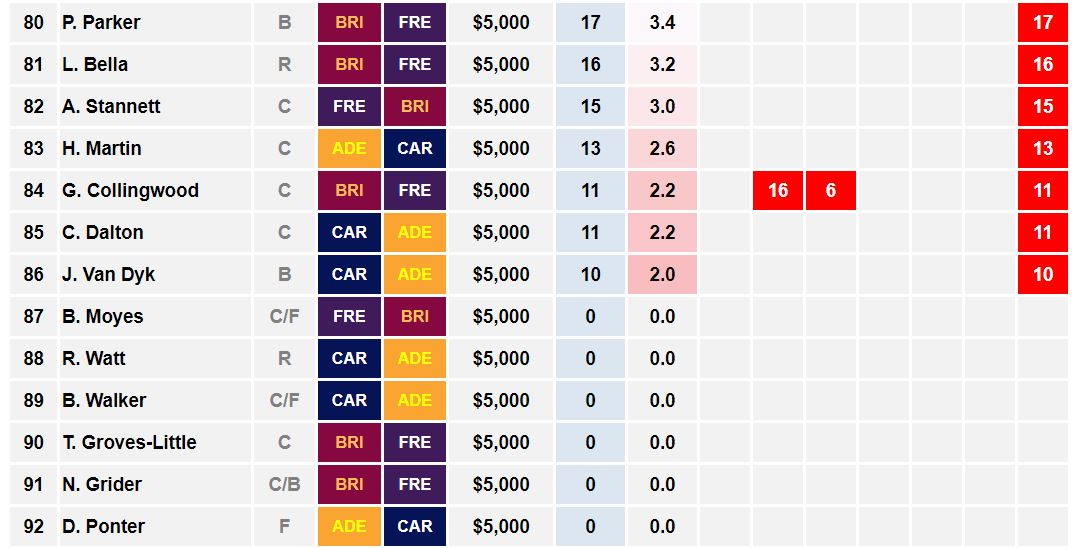