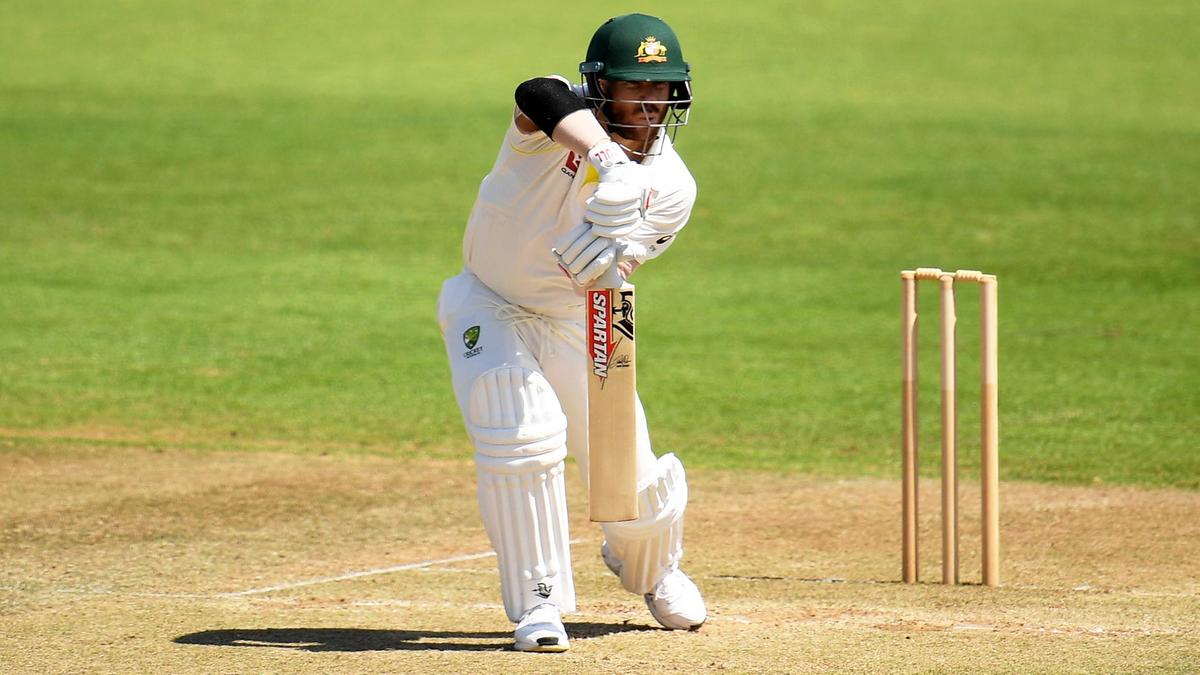 The first Test of the five match Ashes Series between Australia and England will get underway on Thursday, 1st of August played at Edgbaston in Birmingham. This Test series is also the inaugural match of the ICC World Test Championship.

In what is being dubbed as a “tasty” atmosphere from England’s Stuart Board, the Australian’s will be entering a boisterous cauldron of English support and will be up against an English side still buoyant on their World Cup win. England did, however, lose to the West Indies in the Caribbean in a three test series and were in some big trouble against Ireland before steadying the ship and winning the one off test by 143 runs.

Edgbaston in Birmingham, central England, is a Test venue over 100 years old. England have won the last four Tests at the venue and are unbeaten at the venue in all past 11 fixtures across all formats. All 40 wickets fell and no team made over 300 runs in the Test fixture against India back in 2018. England had comprehensive wins against Pakistan and the West Indies in 2017 and 2016. In 2015, England Bowler Steven Finn claimed eight wickets and the Test was over in three days. Edgbaston is also the ground where Australia were comprehensively beaten by England in the World Cup Semi Final by eight wickets.

Both Moneyball and Draftstars have posted $8,000 contests with $15 entry fees.

UPDATE - Draftstars have posted a $10 Qualifier for the $200K Live AFL Final for this contest to the winner of this matchup.

Scoring fantasy points are different for each site - please take note of the scoring as each site has simplified the format. Strike Rate/Economy Rate bonuses on both sites are no longer valid. In general, Draftstars offer more points whilst Moneyball does offer more categories for point production. 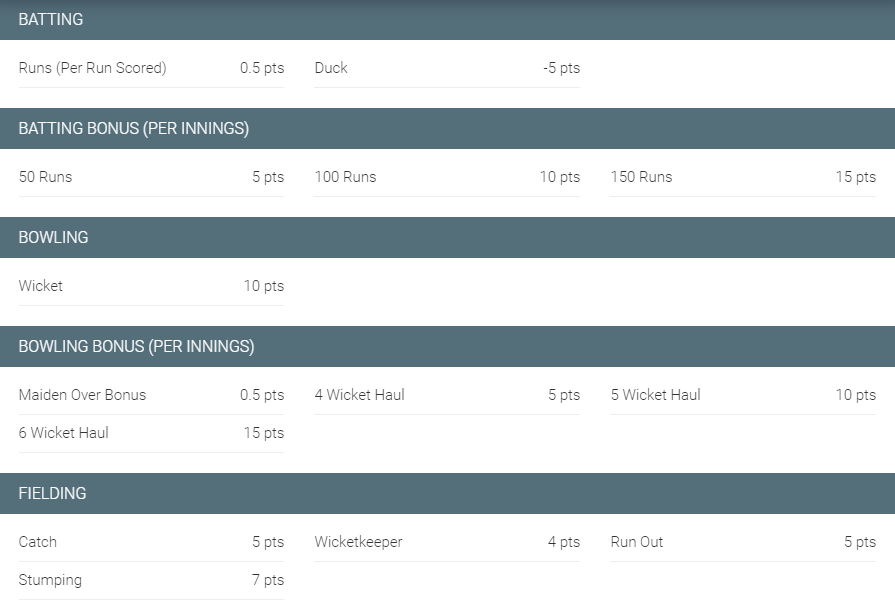 Australia were always going to make changes to the side from it’s last outing against Sri Lanka earlier this year with the possibility of Cameron Bancroft joining David Warner and Steve Smith back in the test lineup. The final XI will be up for speculation with Usman Khawaja under an injury cloud with his hamstring the main concern (UPDATE - Khawaja has been passed fit and will play and bat at 3)  The number 6 spot is up for debate with Marnus Labuschange and Matthew Wade in a battle.

For England, the top 3 is very inexperienced with Jason Roy, Joe Denly and Rory Burns trying to cement their role in the side. The Middle order is world class with Joe Root, Jonny Bairstow, Jos Buttler and Ben Stokes looking to each have a big series. Buttler should rejoin the side after being rested from the Ireland game. (UPDATE - Joe Root has indicated that he will bat at 3 and Denly will bat at 4)

For the first test, I would be leaning towards the more experienced batsman in DFS lineups. They are all priced on the sites at the higher end of the salary cap. If however, England bats first, then some shares of Rory Burns and Joe Denly will be value plays. If Australia do get the opportunity to bat first, outside of Warner and Smith, Travis Head and Marcus Harris (if he is selected) look to be of good value on both sites. It is a shame that you cannot select both keepers on Moneyball as both will score points on catches.

Australia’s bowling attack is a settled attack although the team will sweat on the fitness of Mitchell Starc who has a knee issue. If Starc is ruled out, James Pattinson will be a great value play on the sites if you need a cheap third bowler (UPDATE - Coach Langer has indicated that Pattinson will play). Josh Hazlewood is back after an injury layoff and non-selection in the World Cup and will be low owned. Pat Cummins, who is priced up on both sites, plays in England for the first time in an Ashes series. The GOAT in Nathan Lyon will be serviceable if the pitch is reported to be slow and dry.

For England, Jimmy Anderson will return to the side after a calf injury, whilst Jofra Archer is in line for a debut. If Archer is not picked, Moeen Ali will be the spinner at 7. Stuart Board and Chris Woakes will also spear their attack. All are fine plays and give the team the ability to take 20 wickets for the match. If you believe England will win this Test you need to have these bowlers in your lineup. England bowlers on Moneyball are much more affordable than the salaries on Draftstars.

If Archer and/or Pattinson get the call up, then they’ll provide great salary relief but will be highly owned. But alas, you need to spend the majority of your salary on your bowlers and your game theory is key here. Keep an eye on the weather conditions in the lead up and for the match. There is a bit of rain about at the moment, which needs to be monitored. As of Monday evening the draw is around $6.50. If this price shortens before Thursday evening, then look at the possibility to build more batting heavy lineups with less wickets being on offer.

I‘m leaning to an England win first up as their record is akin to what the Australian’s have at the Gabba.

Good luck with your line-ups! 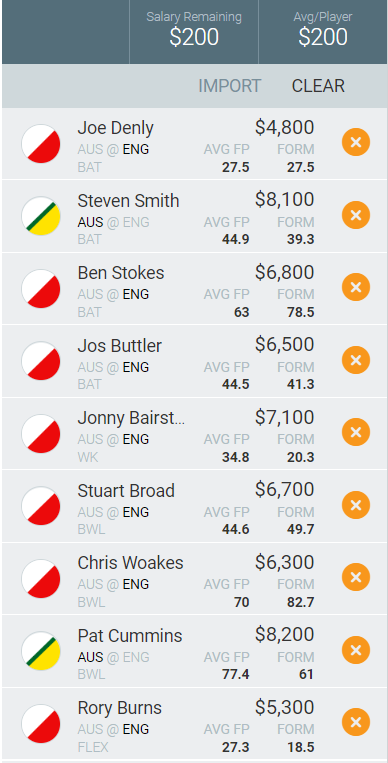 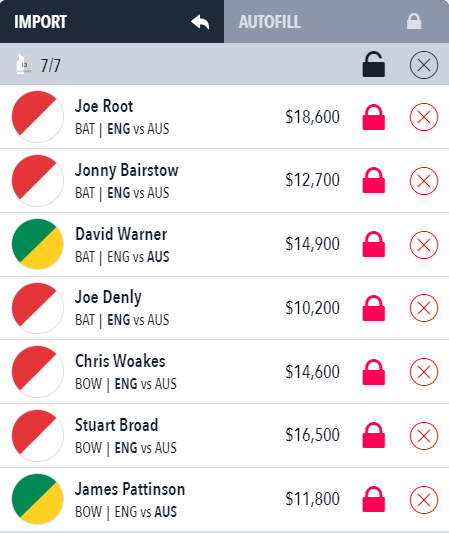